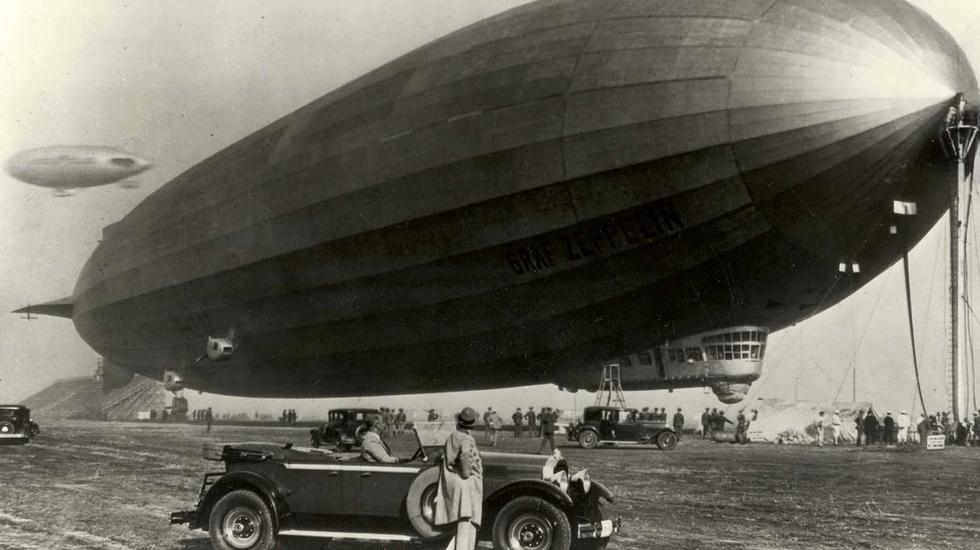 EasyJet EasyJet and eco-friendly flying: two terms that usually sit in opposing camps now have an unusual bond. No, the budget airline hasn't revealed any new plans to reduce its carbon footprint, but as of December it will be flying to petite German town Friedrichshafen, and therein may lie the key to greener air travel.

If you've not heard of Friedrichshafen, don't worry. It's no Berlin. But what it can hold claim to is being the birthplace of the Zeppelin, the iconic - and behemoth - airship.

If you're having a hard time putting a name to a face, Zeppelins are those giant floating ships you see in old films and cartoons. A balloon filled with hydrogen allows the ship, which includes a passenger area, to float much like a hot air balloon. Symbolic of the Golden Age of flying, the Zeppelin ships of the 1900s were the reserve of the wealthy; passengers could rest in their sleeping cabins, take lunch in the dining room and even tinkle the ivories on the grand piano.

During World War II, however, they were used as military airships, and afterwards there was little interest in developing them. And of course, there was the Hindenburg disaster of 1937, when a German Zeppelin caught fire while attempting to dock, resulting in 26 fatalities. Before long, the Zeppelin dream was over.

"The Zeppelin is part of our history. Part of our heritage," explains Thomas Brandt, CEO of Zeppelin NT. "So 20 years ago we said, 'There are new technologies out there, new materials and new possibilities, let's try to do it again'."

The Zeppelin NT (new technology) started its commercial flights in 2001. Visitors today can fly - or float - 1,000ft above Lake Constance and its surroundings - including Munich - on trips lasting from 30 minutes to two hours.

More than just a novel relic of time gone by, however, what makes the Zeppelin special is how eco-friendly it is. While a regular aircraft uses fuel to propel it upwards and forwards, the Zeppelin's hull is full of gas (hydrogen, instead of the highly flammable helium used in the past),which is lighter than air and allows the ship to float. Fuel is therefore only needed to propel the ship forward. These airships are estimated to generate just a tenth of the CO emissions of a commercial aircraft, and as it flies at lower altitudes, the emissions are also less harmful.

It has other uses, too; recently the airship was converted into a flying laboratory to study climate control for the European Community, measuring air chemistry from Italy to Finland. "The data we collected was much better then any other because the Zeppelin can stand in the air, unlike a plane, and is almost vibration free, unlike a helicopter," says Brandt.

Looking ahead, a report by Thomson Holidays suggested that by 2030 these kind of airships could be transformed into 'zero impact' floating resorts, complete with apartments, bars and restaurants. The current Zeppelins, however, only carry 15 passengers. When will we see ships big enough to carry more than 100 people, just as they did last century?

"Technically it's no issue…but does somebody want to put up the funds and resources for a long-term building project?" says Brandt, adding that if the Zeppelin was ever to go one step further and compete with regular flights, there'd need to be some serious paradigm shifts in our approach to holidays (London to New York would take an estimated 30 hours).

So, the industry and the inclination is there, but the money, and perhaps public mentality, isn't quite. With climate change posing the threat of global catastrophe, let's hope Zeppelin flights really do take off soon.