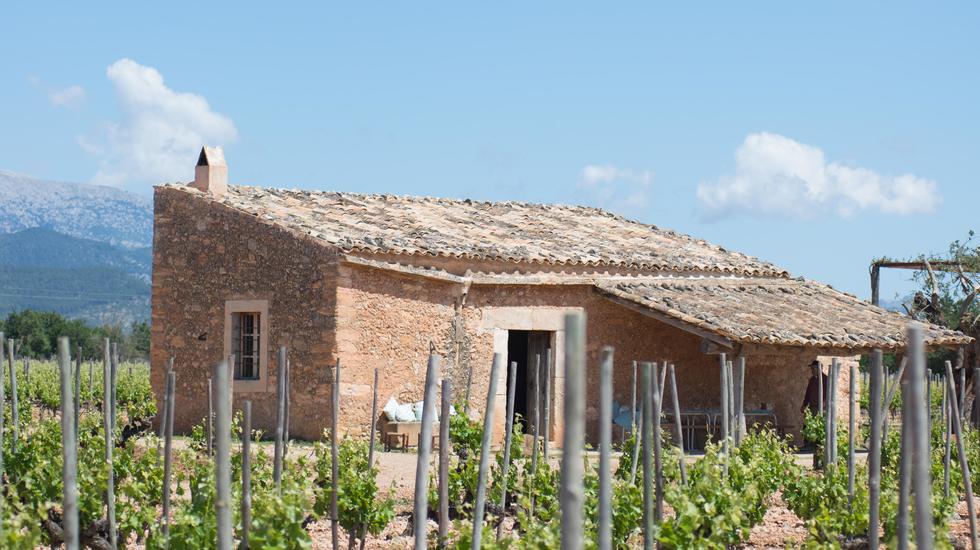 This article appears in Vol. 24: The Slow Issue. 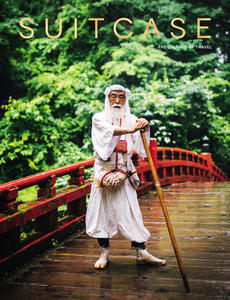 I I am catching crabs on a crooked wooden dock when I suddenly hear the ice-cream motorcycle approaching and Lorenzo shouting "Helados!" Dropping the net, I run to my mother to ask for 100 pesetas to buy my favourite chocolate ice cream. I remember Lorenzo's crisp, white, short-sleeved shirt, his hat, even the smell of the fuel as he drives away. It is 1984 and roughly five years beforehand my parents had fallen in love with the small, bohemian seaside town of Puerto Pollença on the island of Mallorca. The town saw the happiest years of our lives as we spent our summers in a flat overlooking the bay. How my parents managed to wrangle three children up several flights of steps is still a mystery to me, but I suppose they favoured charm over convenience.

Puerto Pollença in the 1980s was bohemian in a way that seems outmoded now. Artists sat by the calm turquoise waters to paint the seascape on their easels, my parents' and siblings' English and French friends constantly dropped by to recount fascinating stories of their travels, and sand was all you felt underfoot as you left home in your bathing suit. It took us hours to sail across the bay in a tiny, traditional llaüt boat.

In later years my parents bought a small piece of land close to Pollença, eventually building a house that took years to complete. My father, a naval engineer by trade but an architect and designer in his heart, had a very specific modern-rustic vision that was well ahead of its time and, as I recall from walking the construction site with him, made every single column and arch a nightmare for the builders. It didn't matter. To him it had to be perfect - and it was. Can Tunal (named after the prickly pear trees in the Canary Islands where my mother is from) became our family home in the late 1980s. Barely a few years later my father passed away. The house my parents had spent most of their savings on was left without its creator, so it became my mother's task to instil in us children both a love for the property and for the island.

In this she undoubtedly succeeded. Those heady summers growing up in Mallorca formed the beginning of an enduring love affair with the place - as well as with Spanish creativity and hospitality - and was part of my motivation for starting Españolita, a website celebrating traditional Spanish artisans. This year I decided to take the concept a step further by creating a series of Mediterranean retreats inviting others to embark on their own Spanish romance. For each one I seek out soulful collaborators who follow traditional production methods, as well as places that seem somehow in balance with nature. I feel it is my duty to shine a light on the authentic "Spanishness" that is so different to my other life in Los Angeles, where I have lived and worked since 2008.

This is how I come to be sitting on a stone bench overlooking the Mediterranean Sea in Son Rullán, the finca I have rented near the coastal village of Deiá. Ancient olive trees surround the farm and sheep roam freely through the house. The smell of spring flowers and humid stone fills the air and I know that the lopsided walls and pebbled floors will make our stay magnificently cosy. In the kitchen my creative partner and culinary ambassador for the retreat, Mallorcan native Deborah Piña, is putting the finishing touches to an alfresco brunch of aubergine cake and beetroot salad. When the guests - a creatively minded mix of music producers, stylists, architects and photographers - arrive we sit down at the long table in the golden afternoon light, open a couple of bottles of local wine and celebrate with pa amb oli, our own upscale version of Mallorcan peasant food. It consists of thick brown bread with cut tomatoes spread on top, olive oil and a huge assortment of local cheeses, pickles and charcuterie, including sobrassada, a cured sausage from the Balearic Islands which is impossible to find in the US.

The days that follow are filled with simple pleasures. We visit the ceramicist Dora Good and learn how to shape our own pots and plates in imitation of her raw and beautiful pieces, and drop by Con Alma Design, the family wood workshop run by Maria Antònia and Álvaro, who left their lives in London and Barcelona to create beautifully rustic, wood-turned pieces ranging from furniture to chopping boards out of fallen trees on their property. During avisit to the farmers' market in Sineu we replenish our pantry with fresh fruit before settling down for a meal of artichoke rice in the vineyards, patiently cooked on an open fire on the same ground where the wine we are tasting was grown. We have an ensaïmada - a kind of local flaky, sugary pastry - for dessert, heavenly when combined with sweet wine and the smell of burnt wood.

One day we hop on an llaüt boat very similar to the one my family owned and head south. Out at sea the tiny melons we bought at the market get sliced up to enjoy with jamón. As everyone swims we talk through the vermouth culture on the island and serve drinks alongside canned seafood from the local delicatessen beforefinishing with bocadillos, a simple form of Spanish sandwich. On our way back to port, gin and tonics are passed around just in time for a well-deserved siesta.

There is a feeling I want to convey with each retreat that is difficult to explain through words alone. It lies in the confluence of hospitality, the connection to the food we eat and prepare, and the simplicity with which we enjoy it. On the final night a flamenco guitar softly plays in the background of the farewell dinner to which we have invitedthe local artisans who have contributed to our stay. It takes me back to those early years on the island and stokes the flames of my lifelong love affair with Mallorca - something I hope has been kindled in all those whom we invite to pass through.

There are very few agri-food projects that commit to both nature and the traditions of the Tramuntana Mountains like Son Moragues does. It imbues its olive oils with the local variety of olives, the so-called mallorquina, from centuries-old trees, and combines ancient harvest methods with modern extraction techniques for a collision of culture, taste and landscape.

Joan Canovas is an artisan herbalist specialising in the distillation of wild plants in copper stills to obtain essential oils. He can guide you through a sensorial journey using the island's master plants in one of his open workshops or you can discover his ointments and essences in the artisan markets of Sineu every Wednesday or in Alaró every Saturday.

The tireless work of Tomeu Arbona to rediscover and rescue the ancient recipes and culinary rites of Mallorca – combined with the delicate preparation of its artisanal products, especially sweet and savoury pastries – has turned this charming eatery into a temple for traditional Mallorcan gastronomy.

Bàrbara Mesquida-Mora is a wonderful artisanal wine producer. Showing love and respect for the land, she follows nature's rhythms and a biodynamic production philosophy. Her range of wines derived from local grape varieties and Mallorcan wine terroir is a great way to connect with the true character of Mediterranean drinking.

This colourful and dynamic market takes place every Sunday morning and is one of the most important on the island of Santa Maria. Find all kinds of local products including cold meats, cheeses, oils, honeys, preserves and seasonal fruits and vegetables. Santa Maria has deep roots in wine making, so it’s also worth dropping in to one of its wineries, which still sell wine wholesale.

You simply cannot imagine the true gastronomic value of salt until you have tasted some from Salinas d'Es Trenc, whose very purest sea salt can only be produced in precise climatic conditions. Its crystals melt under the palate and it is an extraordinary flavour enhancer, as well as being a totally natural, artisanal and hand-harvested Mallorcan product.

This charcuterie elevates traditional cold meats to the category of gourmet products, made possible by the magic wand of master butcher Xesc Reina. The company makes traditional products from the black pig, an indigenous breed that has been in decline. Reina has reintroduced classic Mallorcan sausage recipes but also produces innovative varieties such as sobrassada with curry, chocolate or Mahón cheese.

This Sóller Valley company prioritises social commitment as part of its business. At the epicentre of Mallorca's citrus cultivation, Sa Fabrica de Gelats creates natural, artisanal ice cream made with the finest fruits. Thanks to its collaboration with local occupational workshops, it also encourages the employment of people with lea