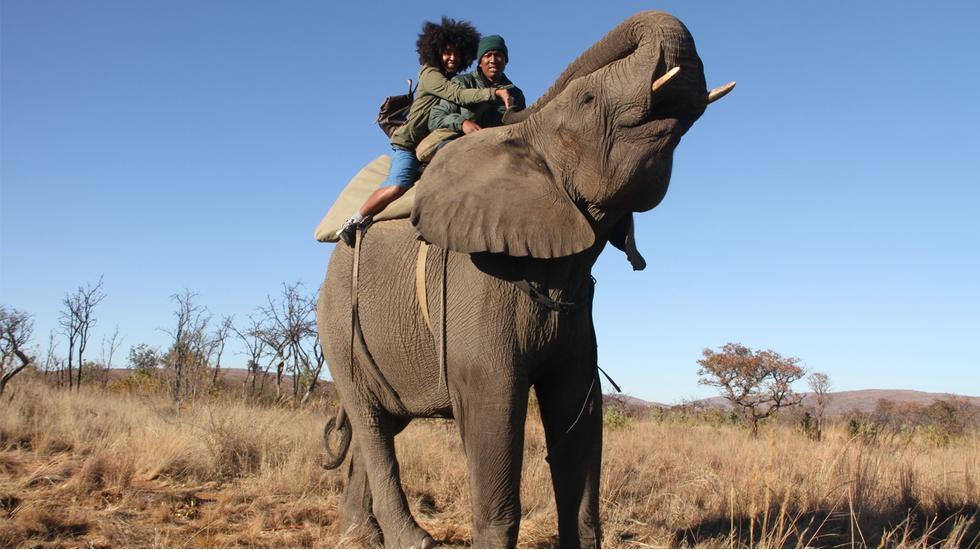 This This story was originally published in SUITCASE Volume 13

South Africa may have a rich diversity of cultures, landscapes and habitats, but it is also at the epicentre of a conservation crisis, caught at the tipping-point between modernisation and preservation.

Geographical marvels like the mountains of Drakensberg and the Karoo Plateau remain unscathed, offering sanctuaries for wildlife to flourish. Yet so many South African savannas are facing potential ecological disaster due to years of disastrous poaching and urbanisation. The animals and plants that have called these vast expanses home for thousands of years are facing the crippling prospect of losing their natural habitat. Spearheading the campaign against a steady slide into destruction are the indigenous tribes of the savanna, including the Zulu, whose past is so strongly rooted in this incredible landscape, and whose very future depends on its survival.

Blogger Mahaneela Choudhury-Reid went on a whistle-stop tour of the country's remarkable eastern expanses with the Leading Hotels of the World, starting in Johannesburg before travelling to Shambala Game Reserve, and then the Thanda Game Reserve in Zululand. With pit-stops at historical landmarks - including Nelson Mandela's matchbox house in Soweto - and meetings with the legendary Zulu tribe, her travel diary touches on the country's blurred boundaries between past and present, offering a testimony to the efforts made in South Africa to counteract the way humans have shaped and formed our natural surroundings.

The first stop on my travels is the Saxon Hotel, which offers a real oasis of peace and calm right in the heart of bustling Johannesburg. Made up of both suites and villas, the décor here is warm and inviting and there are accents of African art throughout - Zulu spears and handcrafted artifacts adorn the walls.

After I have had time to settle in, I am treated to a fiery South African breakfast - a blend of tomato, chillies, poached eggs and boerewors sausage. Early wake-up calls are a breeze here when I have this calibre of cooking to look forward to, and after any sightseeing you can pay a visit to the in-house spa and slip into its whirling hydro pools, relaxing and releasing each muscle at the end of a long hot day.

Under half an hour's journey away from the glorious interiors of the Saxon lies a very different type of landscape, where the infamous matchbox houses of Soweto can be found. Vincent, my guide for the day, explains that it was typical for six to ten people to live in these tiny homes. Nelson Mandela himself lived in a matchbox house before he was imprisoned, and his former home is my destination for the day.

Almost all of Mandela's original furniture remains in the house, and his certificates, diplomas and family photographs line the walls. Outside there is a large plaque inscribed with his full name: Nelson Rolihlahla Mandela. My guide tells me that in Xhosa, the language spoken by Mandela's Thembu tribe, his name actually means 'troublemaker'. A large photograph of a young Mandela hangs in the kitchen - the last picture of him before his imprisonment. Alongside this sits another portrait of the former president - the first picture that was taken after Mandela was released from jail.

Located around 160 miles north of Johannesburg in the heart of the Limpopo Province, Shambala Game Reserve is so remote that the best way to get there is by helicopter. As I near my destination, wildebeest, antelope and zebra run for cover as the chopper blows clouds of dust across the ground.

The lodges of Shambala are built in the traditional Zulu style, with rounded thatched roof chalets overlooking a watering hole and a stream running through the reserve. Blending into the landscape rather than standing out, the design lends itself to a blurring of boundaries between the hotel and its natural surroundings.

To many, the Nelson Mandela Centre for Reconciliation is a symbol of hope. Once the great man's private retreat, it opened to the public in 2001. Everything has a ring of authenticity here, from the circular 'kraal' enclosures to the traditional woven designs and vibrant art adorning the walls. The large area at the back of the reserve overlooks a watering hole and leads straight out onto open bush land.

The next morning it's time for my first game drive. The vast reserve here is quiet and still as I drive out with Dean my guide at around 6AM - just as the sun is rising. If you are travelling to South Africa between May and August then be sure to pack extra layers, as these months are the country's winter.

During the trip I spot a stunning kudu, a beautiful species of antelope, as well as herds of zebra, collectively referred to as a 'dazzle' by bush experts. A group of giraffes are known as a 'journey' and a group of wildebeest is wonderfully referred to as an 'implausibility' I quickly learn.

One evening Dean and I brave the fast-approaching darkness after hearing lions roaring nearby. After a long 25 minutes of observation, we spot two females on the hunt in the bush. We then watch in awe as two fully-grown male lions arrive, roaring loudly as they join the pack.

Visitors to the reserve can opt for an elephant-back safari accompanied by a team of experienced and passionate elephant handlers who have developed a close bond with the animals. After their ride, the elephants roam free. One particular family were rescued from poachers in Zimbabwe, and have lived on the reserve ever since. Anna, one of the females in the herd, is 18 months pregnant (an elephant's pregnancy lasts a gruelling 22 months) but she still likes to come along for the ride, ambling calmly alongside the other elephants on the safari.

My final Leading Hotel destination is some 400 miles away in Kwazulu Natal. Nestled in the heart of northern Zululand, the Thanda Game Reserve is ungated, so animals are free to come and go as they please.

A short drive away is a village surrounded by open hillsides and breathtaking views where I meet the Ntshangase family, who live in a traditional Zulu homestead. Here I spot children with a wide variety of ages, and I learn that in Zulu culture, the whole village raises a newborn child, rather than only one family.

On another stop I meet four young Zulu men, who are all extremely proud of their heritage, and encourage people to visit South Africa to educate themselves about their tribe's history. Music is at the heart of their culture, and both the men and women sing with beautiful, harmonious voices.

One song that stands out touches on the fate of the white rhino, of which there are only 25,000 remaining in the world. I learn that poaching affects both the animals and the people living in the communities near the game parks. People living in poverty are sometimes lured by the promise of thousands of South African Rand to remove rhino horns. This is extremely dangerous, and many have lost their lives for the sake of the horns. The song is moving and thoughtful, but when I ask if they have to practise to produce such a beautiful sound, they openly laugh at the suggestion.

At the end of a remarkable trip, the tribe's community guide Mxosi Duma, whose name roughly translated means 'peacemaker', lets me in on their secret. "We are always singing," he explains, looking me in the eye and repeating: "We are always singing. We sing together. What you can hear is the music that comes from within."

The Saxon Hotel Rooms from £325

Nelson Mandela Centre for Reconciliation From £3,500 per night, for exclusive use only

Comprised of more than 400 hotels in over 80 countries, The Leading Hotels of the World are a luxury collection, committed to providing remarkable travel experiences. Rooted in the locations where they are found, Leading hotels embody the very essence of their destination, perfect for the curious traveller looking for their next discovery. LHW hotels include former castles, palaces and monasteries, converted banks, safari camps, and private islands. lhw.com

HOW TO GET THERE