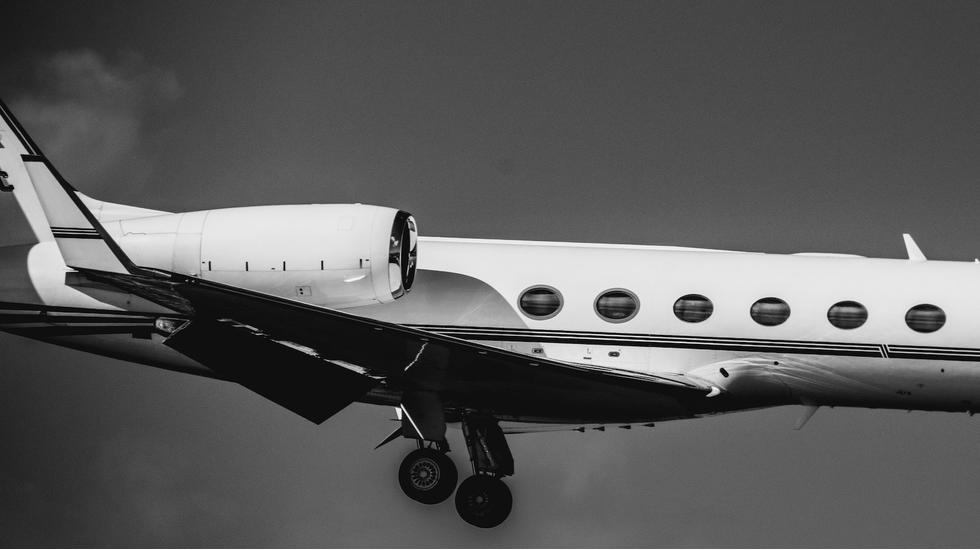 Private Private jets. A mode of transport reserved for the bottle-popping super rich, royalty and superstars. The definition of a golden ticket and a physical embodiment of sky-high wealth, allowing cashed customers to sit in the lap of Lady Luxury herself. Something so gloriously louche that most of us wouldn't bother even thinking about, right?

As a travel journalist, I'm lucky enough to do some pretty cool stuff. And when an email pinged into my inbox inviting me to trial JetSmarter, an app described as "the Uber of private jets", it quickly shot to the top of my #workperks list. That's how I found myself wandering around lovely old Luton on a Friday morning, best pal in tow, trying to locate my "PJ" to Ibiza.

My error was to assume that the there was some sort of special private jet queue alongside the other budget airlines - a red-velvet rope separating them, perhaps? As staff tried to chivvy us into the Ryanair line, I tried to explain discreetly that we were flying private daahling, but was quickly thwarted as a marshal shouted back "What?! A PRIVATE jet? Here?! Hah!" leaving us to the disbelieving guffaws of the group of absolute #LADZ who had overheard as they queued for the Malaga banter bus (see, I've become a snob already - but as the queen of budget airlines with a penchant for the Ryanair panini, I'm allowed to say that).

I should've read my ticket properly because it turns out the Signature Terminal from which the jets depart is totally separate (of course it is) and we kicked ourselves for not arriving sooner to take advantage of the well-stocked lounge - breakfast was alternating sips of coffee and champagne, condescendingly watched by some Gameboy-playing tweenagers who looked bored shitless at the prospect of flying private yet again.

I know what you're thinking. Those brats (sorry, boys) had rich parents and I got to play at being princess because of my job. What about the rest of us? Well, JetSmarter is making private air travel that bit more accessible. They have three types of service: private charters, shared charters and the game-changing JetShuttle, in which customers can log into an app and book seats on scheduled routes with other members in a matter of minutes.

A basic annual membership costs $5000 (about £3860) and gets you unlimited free flights to European destinations including Geneva, Paris and Milan (aimed at those on business) and Malaga for the sun-seeking party crowd. In the US, where the company is more established, it's free flights on all trips under three hours. Maths isn't my strong point, but if you're a frequent flyer that suddenly doesn't seem totally outrageous. Upgrade your membership ($15,000) and your options extend to transatlantic travel; if the red-eye is your weekly mistress, it actually becomes a money-saving move.

It also goes without saying that the whole PJ experience is pretty damn sweet. A recent study "revealed" that, contrary to the old adage, money can actually buy you happiness. Getting a cleaner or cook frees up your time, which in turn translates to higher life satisfaction. Pretty obvious conclusion, I thought - and certainly applicable to going private. You arrive half an hour before your flight. You don't have to check in or go through security. In fact, you don't queue at all. There's no faffing around trying to cram a week's worth of liquids, potions and lotions into a sandwich bag. Instead of carrying your suitcase you're stockpiling snacks (only to be told there are plenty more on board). You're escorted to the plane by a uniformed warden. Seats are squishy and spacious. You're not subjected to your umpteenth safety demonstration. Cheese boards and crustless finger sandwiches abound (though I'm not convinced they beat that panini). There's more champagne. You can ask the captain to show you how the controls work, if that's your kind of thing. On touchdown, you step from plane into air-conditioned Merc. A nice man takes your passport and returns it stamped and ready to go.

We relished this assistance on the way out, and even more so on our return when we'd left half our brains behind the DJ booth at Hï (anyone who's joined the motley crew in Ibiza airport Burger King will appreciate our near tearful levels of gratitude). Not to mention, the whole thing is absolute Instagram gold.

A large part of this not-totally-private experience is also the people you meet onboard. Part of JetSmarter's aim is to create a members' club which allows customers to network, do business deals (and perhaps even speed date?) at 35,000 feet. Sound elitist? Perhaps. But once you've got over the "ohmygawd you're rich" bit (which, if my maths holds up, does not have to mean super rich) the other passengers are one of the best bits about it. Jets range in size and ours was filled by me and my pal; a hilarious couple in their forties from Laguna Beach who'd left the kids at home for a smash-and-grab party weekend, and a well-groomed 32-year-old man from New York, who'd jumped in last minute, hadn't booked anywhere to stay and was spending the summer hopping on and off jets around Europe (he was last spotted floating around a yacht somewhere off the coast of Montenegro). They were successful, interesting and surprisingly unassuming.

In the words of Drake, we were there "for a good time, not a long time" and we ended up balling around "beefa" together for much of the weekend, making enthusiastic plans to "jump on a jet" for a reunion soon. Unfortunately, I'll be back in bed with Ryan by then. But if I manage to replace my Pret lunches with packed and up my freelancing ante a bit (quite a lot), I'll certainly be jetting smarter.