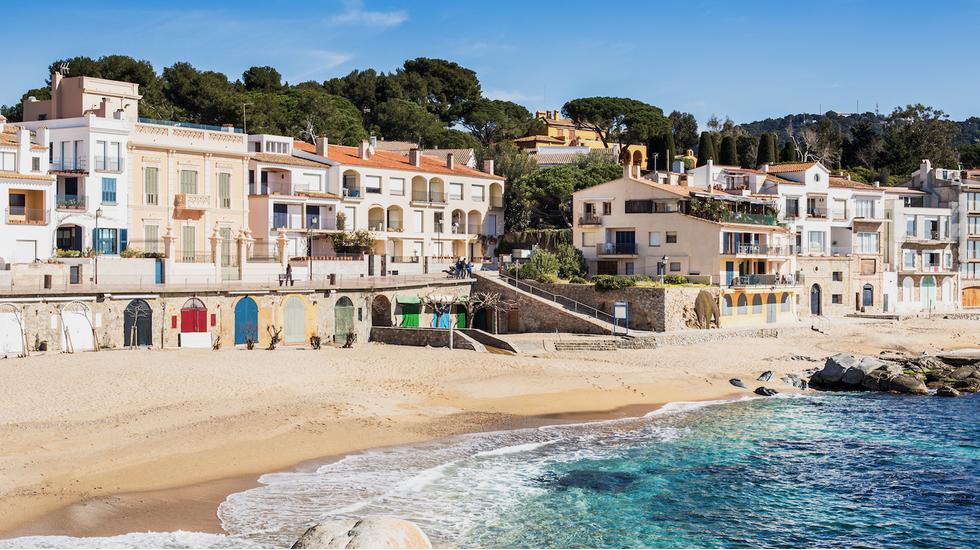 Renowned Renowned for all-inclusive, Brit-infused revelry, we've noticed several holiday destinations throwing off their tacky reputations to become ideal under-the-radar summer spots. Thanks to their not-so-nice image, you not only get wallet-friendly prices but are also unlikely to bump into anyone from your spin class. We'd recommend encouraging that snobbery to keep this lot a secret.

While the northeast of the island has been nicknamed "Kensington-on-sea", booze-soaked Kavos in the south has earned Corfu an equally unappealing reputation. But beyond these enclaves of prep school chat and cheap hedonism, you'll find a rural, sleepy islet that is as rustic as it is (relatively) crowd free. One of the greenest of the Greek islands, lush landscapes are met by sandy coves lapped by cobalt-blue waters; the naff souvenir shop is replaced by local bakeries while moustached men chain-smoking Camels spill out onto the street. Traditional Greek life is thriving here - you just need to know where to find it.

With more than five million tourists visiting each year, Tenerife is the largest and most popular of the seven Canary Islands with a "something for everyone" dynamic - you can travel from subtropical rainforest to volcanic terrain in just over an hour - drawing the crowds. But beyond the package resorts, you'll find a diversified island comprising of 70 beaches, one volcano and some excellent hotels. Tenerife is also emerging as a wine destination, while the past few years have seen a resurgence in local cuisine with restaurants in turning their back on tourist-catered food offerings in favour of traditional regional fare.

Turkey's tourism industry is making a slow but steady recovery following years of political instability, terrorist attacks and an earthquake. Situated on the southeast coast, the beach town of Bodrum in particular is enjoying a renaissance, with an EDITION hotel joining the likes of a Six Senses, Mandarin Oriental and Amanruya this year. The best time to visit is actually the shoulder seasons at the beginning and end of summer (June and September) when temperatures are in the mid to late 20s and you'll sidestep the masses. From the town's pretty castle and ancient ruins to the glitzy new marina and winding backstreets, it's no surprise that Bodrum is billed as Turkey's answer to St Tropez.

Flying the flag for all-inclusive holidays in the 1970s, mention Lanzarote to a friend and you're likely to be met with a derisive snort. Another Canary Island turning its reputation on its head, beyond the high-rise architecture (there is actually only one multi-storey building) you'll find verdant wineries, simmering volcanoes and a burgeoning surf scene. Far from sipping an umbrella-adorned tequila sunrise on a plastic sun-lounger, with picturesque villages nestled in sweeping valleys and dramatic volcanic backdrops, this is a place for adventure - and a new generation of open-minded travellers are putting not-so-grotty Lanzarote on the top of their list.

Spanish costas get a bad rep but the Costa Brava, which stretches from the town of Blanes (northeast of Barcelona) to the French border, is due for review. Covering a lot of ground - and a lot of grade-A sand beaches to squish your toes into - we're firstly headed for Calella de Palafrugell and then straight to El Canadell beach. Awash with arched beach-facing buildings and a sea of rainbow-hued parasols populating the shore, it's summer holiday nostalgia circa 1999 (or perhaps 1954). As fishing villages go, Cadaqués is high up on our list. This enchanting town attracted many notable artists in its day, including Marcel Duchamp, Pablo Picasso and Salvador Dalí. Dalí's house museum in Port Lligat is truly surreal and well worth the short stroll from Cadaqués town centre. For foodies, the coast is equally appealing, given that the region is home to the highest concentration of Michelin-starred restaurants in Spain. El Celler de Can Roca (which was twice ranked as the best restaurant in the world) in Girona, books out fast.

Not unlike Palermo in feel, Malta is plotted just 50 miles south of Sicily. A two-hour flight from most European capitals, this tiny Mediterranean island is a big "yes" on our list of places to revisit. You certainly won't be the first to have conquered the islet. Malta has been colonised time and time again - the Romans, Normans, Sicilians, Spanish, the French and the British have all left their mark. Claiming its independence in 1964, it's an eclectic blend of its former occupiers. Its seafood-focused cuisine is dominated with aromatic spice, yet its national dish is a hearty stuffat tal-fenek (rabbit stewed in broth). A contradiction in kind, Valletta is certainly multifaceted. Laid-back and modest at its peripheries (with ample sandy spots on which to chill out and do nothing) its old town centre is a cacophony of reference points and styles. Get your fill of narrow streets, baroque churches and Moorish facades before heading for the shore - dotted with hidden coves and blue lagoons. Plunge into Sliema's Ballutta Bay for an afternoon dip and, if time allows, head to the nearby island of Gozo.

Biarritz reached peak "cool" in the 1950s when California surf culture was thrown up on Europe's sandy beaches. Surfing here is still superb and the French resort town's hedonistic reputation hasn't dampened much either. With a recharged dining scene - spanning everything from French patisserie to Spanish tapas - and a stack of trendy boutiques championing predominantly local brands, you've some reacquainting to do. When drafting up that to-do list, make room for art galleries, like City Ocean, and coastal landmarks such as the Phare de Biarritz. The white lighthouse on the town's northernmost cliff offers prime views of Plage Miramar. Time your evening walk along the beach to end at sunset for maximum effect. After which, make strides for the Hôtel du Palais - a renowned vintage, luxury coastal hotel.