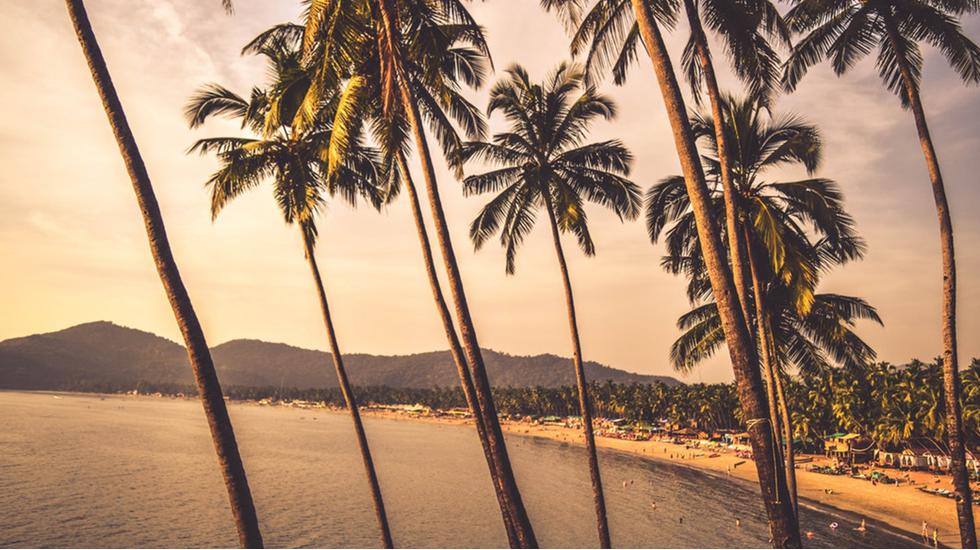 It's It's 5:42am when Rakhul Shyamraj throws a leg over his spearmint scooter and starts pootling through the streets of Varkala. His headlights break the inky shadow of palm trees, catching two stray kittens, a man cutting ginger under a gas lamp and a few sparkly saris shuffling towards a temple. Veering off the road he pulls up at a boutique hotel where he'll begin his daily routine of teaching international travellers to ride waves.

An eight-hour drive from his family home and his father's chai shop, Rakhul has detoured off the traditional path and landed in the small but evolving surf industry of India. Though surfing is said to have made its first appearance in India in the 1970s - the years that saw a sub-culture of travellers journeying overland on the so-called Hippie Trail from Europe through Iran, Afghanistan, Pakistan and onto India - it is still limited to just a handful of coastal villages scattered along the coast. Until recently, visiting surfers floated in near isolation off the beaches of Goa and Tamil Nadu, with interest from locals and a culture of surf only evolving in the last decade.

Growing up in Kerala's tea producing mountains of Munnar, Rakhul didn't catch his first glimpse of the ocean until the age of 14, and didn't take his first swim for another four years still. It wasn't until then that he discovered the relationship between the sand and the water; the gentle descent the would allow him to walk in slowly before tackling the waves.

"I thought it was like a temple pond or a swimming pool. I really imagined that the sand would drop down like the side of a box," explains Rakhul. This was the first surprise the beach had in store for him. Plenty more followed in the years to come, as he worked his way from washing dishes in the hotel's kitchen, to pushing travellers onto "super sexy waves" as a qualified ISA surf instructor - one of less than 40 in the country.

When asked how his parents responded to the news of his career in surf, Rakhul tells of their justified apprehension. "My family had no idea about surfing and had never even seen a surfboard, they were so worried," Rakhul tells me. "My mother is still afraid. She calls me every now and again and tells me not to go in the water because she's heard on the news that big waves are coming. She's my surf report!"

Foreigners and local surf instructors aren't the only ones floating along India's 7,000 kilometres of shoreline. Akshaya Rao, who was born and raised in the landlocked city of Hyderabad, is one of a growing number of Indian women adding surfing to their list of recreational passions. The prospect of furrowing the brow of more traditional locals doesn't cross her mind. "When I start my day with surfing, I have so much more energy. It's such a good feeling," says Akshaya.

Though India's surf scene hasn't attracted huge amounts of attention over the years, a few milestones have encouraged the community forward. In 2014, Roxy added Indian female surfer Ishita Malaviya to its ambassador list, and in 2010 Taylor Steele released his surf documentary, Castles in the Sky, showing the rhythmic moves of pro-surfer Dave Rastovich in India. This evolution is still in its infancy.

When the owners of Rakhul's workplace, Ed and Sofie Templeton, first arrived in Varkala almost a decade ago and dreamt up the idea to build Soul & Surf, there wasn't another surfboard in sight. "Ed would surf every morning without another soul in the water. He started off on the well-known beaches and then began exploring the coast where he found much better waves, again completely empty," explains Sofie.

These days, Varkala is a mini-wave haven complete with surf schools, board hire and a growing surf culture. And it's not the only town of its kind in India.

Board shorts and bikinis in Goa

Further up the west coast of India, travellers arrive to Goa in droves. Wearing board shorts or bikinis, they're ready to slip into the unreserved hippie culture of the country's most expatriate influenced region. The waves in Goa are by no means world-class; soft, mellow and rarely reaching much height, they'd easily disappoint a seasoned surfer. Nevertheless, Goa has become a famed surf town and a hotspot for travellers looking to hit the waves for the first time or hone newfound skills. Here, the surf scene has become so dynamic that an all-encompassing ocean culture has evolved; travellers are almost guaranteed to spot kayakers, paddleboarders and paragliders along the popular stretch between Aswem and Arambol beaches.

Searching for surf in the Bay of Bengal

The east coast of India is often dubbed India's original, perhaps most "authentic" surf scene. Mahabalipuram, less than two hours south of the Tamil Nadu capital of Chennai, played host to India's first surf competition in August 2011 and has grown steadily in popularity and surf culture ever since. A little north of "the Mahabs" sits another surf town called Kovalam (not to confused with Kerala's surf town of Kovalam) where experienced surfers flock to capitalise on considerable swell produced either side of the monsoon season. These east coast hotspots often serve as a warm-up for surfers venturing to forgotten islands in the Bay of Bengal; Andaman and Nicobar. Officially part of India despite almost 1,500 kilometres of sea separating them from the mainland, the Andaman and Nicobar Islands have the sort of remote paradise connotations of places like Zanzibar, Socotra and the Galapagos. Hard to reach and hard to leave, these coastlines were once shared with the saltwater-loving elephants that made them famous. Since their extinction in 2016, empty glassy waves have become the destination's big draw, adding another map point to the surf trail of India.

WHERE TO STAY AND PLAY

Vaayu Vision on Ashwem Beach Road calls those interested in sleeping in a homely coconut dome and eating crispy nori rolls or vegan chocolate mousse between surf sessions. Hamsa Villas and Ashiyana will prove just as welcoming, and both serve an ample dose of the laid-back exoticism expected of Goa.

Managed by Ishita Malaviya, the pioneer of female surfing in India, Camp Namaloha is about as authentic as surf stays get. If camping by the seaside doesn't rouse your enthusiasm, try Ashram Surf Retreat where home-cooked vegetarian meals and paddleboarding are all part of the package.

If Soul & Surf is fully booked - which it often is - nest in the butterfly-filled gardens of Villa Akasa or the centrally located InDa Hotel. Post-surf, head to Darjeeling Café who have mastered the art of a perfect buddha bowl despite an unstable fresh produce selection in the area.

Even the most intrepid traveller will benefit from a package holiday and surf guide in Andaman and Nicobar. Surfing India by Mantra Surf Club have an eight-night trip inclusive of a chartered seaplane to Little Andaman, accommodation and guided surf trips. Those looking for an upmarket splurge can go ritzy at Taj Exotica.

Find friends at Mumu Surf School and Sandy Bottom Café, where a free masala chai is given to those willing to collect a bag of rubbish off the beach. By night, retreat to the museum-cum-hotel of INDeco set in a lovingly restored colonial-era building.