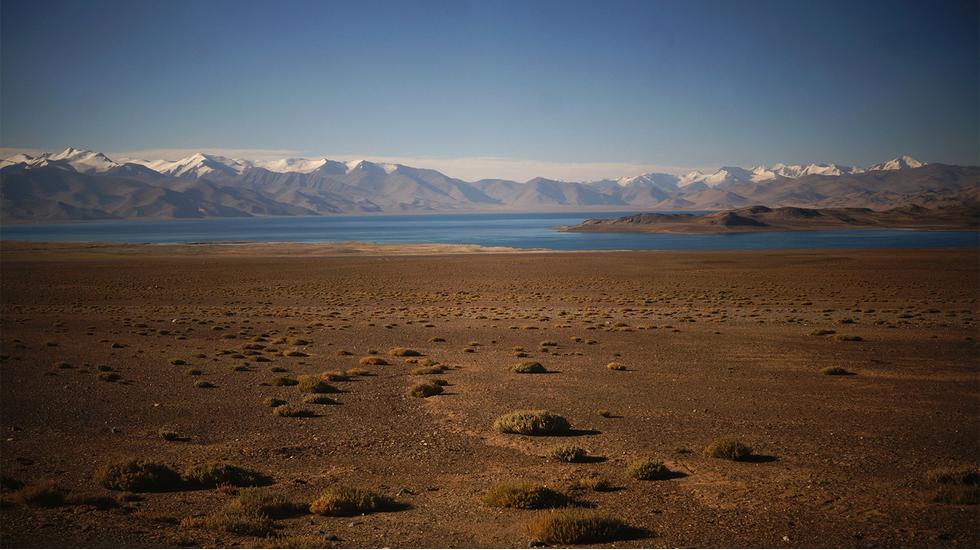 Resilient Resilient summer rays highlighted the craggy peaks surrounding Tajikistan's capital city. I'd just enjoyed a lovely, and pleasantly forcible, massage by a middle-aged woman with a bashful smile at the Dushanbe Serena Hotel. Sipping a Russian lager by the rooftop pool, I observed the neighbouring structures that form Dushanbe's skyline. The architectural variances were eminent, revealing the old, the Soviet, and the transition into western modernity.

Although stripped of its USSR remnants and former city name of Stalinabad, the Russian alphabet not only remains on every storefront but also on the tongue of local residents. Yet despite its turbulent history throughout the 20th century, Dushanbe exhibits a dynamic melting pot of beliefs - including Zoroastrianism, Islam, Buddhism and Christianity. And gracing the bustling Rudaki Avenue is a diversity of styles from women in traditional Tajik clothing to young men sporting 1960s attire and Beatles mop tops - creating a sea of Central Asian Pauls, Johns, Georges and Ringos. But while Dushanbe was a thrilling introduction to Tajikistan's culture, the real journey had just begun.

Organized through Advantour, a guide, a driver, four fellow travellers and I spent the next ten days exploring the Gorno-Badakhshan Autonomous Region en route to the Pamir Mountains. Starting at the lower altitudes of the region's southern portion, each village we visited shared the commonality of having some particularly handsome locals. With chestnut hair, tanned skin and piercing eyes of copper and hazel, their striking appearance is but a lingering ode to Alexander the Great and his many conquests that eventually led him here through the River Oxus.

We visited the town of Khorog, which is the region's capital and a vibrant metropolis compared to the other villages. As we perused the central market a beautiful, peach-coloured silk caught my eye and I told our guide that I'd always dreamt of having a garment from the Silk Road. So I purchased a few metres and he escorted me to a workshop of ornately clad seamstresses where I was measured and promised a Tajik dress by sunrise. To finish an eventful day, we went back to our guesthouse and all gathered on a tabchan (traditional day bed) to have a nightcap of local vodka.

From there, we followed a scenic route that traces the country's southeastern border, leaving nothing more than a river between us and Afghanistan. Amid striking views of the majestic Wakhan Corridor, we found ourselves face to face with Afghani villages nestled into the rocky mountainside. We even caught a wondrous glimpse of a camel herder and his two-humped caravan travelling across the barren terrain. The exhilarating landscape appeared to be never-ending.

Our overnight stop in the tree-lined village of Ishkashim bestowed us the last greenery we would see on the trip. While our guesthouse staff prepared dinner, I took my camera up the road for a view of the icy mountains ahead. I found a smooth boulder and sat there for nearly an hour, entranced by the vivid scenery before me. Then as dusk began to bleed mauve hues into the peripheral sky, one by one, farmers filed out onto the road - each with a calf in tow for what appeared to be their day's end routine. I attempted not to stare and continued snapping photos until I was startled by a woman's enthusiastic voice. I looked up to find a smile so wide it revealed nearly all of her teeth. Smiling back in embarrassment, I began to apologise for not understanding her when she placed three green apples in my hands and nodded in a tender notion of reassurance.

The next day we visited the 12th-century Yamchun Fort and then took a dip in the sacred hot springs of Bibi Fatima. Named after the daughter of the Prophet Muhammad, the hot springs are a coveted destination for Tajik women as its waters are believed to enhance fertility. Full nudity is required so groups enter by gender and photos are not permitted. Therefore, I can only describe with words the utopian ambience of this intimate pool formed against a rock face with mineral water springing from its cracks. It is like something of Greek mythology with an impenetrable mist filling the air as muses bask in every watery nook of the rock wall.

We then headed north to the Pamir Highway and made our ascent to the arid plateau. Showcasing yurt tents, Kyrgyz felt hats and rosy-cheeked faces, the distinction between the region's north and south was clear as day. We allowed ourselves a night to acclimatise in the village of Murghab and then took a morning stroll at the local bazaar. As the region's crossroads for lorry trucks delivering goods from nearby China, the open lot of converted shipping containers flourished with locals loading up on fresh fruit, briny cheese, textiles and other snacks.

Northbound from there, the air grew even thinner and our surroundings became more desolate as we approached the Ak-Baital (White Horse Pass). Marked by a sign indicating an elevation of 4,655m, this is the highest section of the Pamir Highway and the original "Roof of the World" before sharing its nickname with the Himalayas. But it was soon after that when we reached the prize of our excursion at the dreamlike Karakul Lake. Flaunting cerulean water brimmed with a vibrant layer of turquoise and ice-capped ridges against the horizon, time stood still as I wandered the lake's mesmerising shore.

Later settling in at our homestay, the generator kicked on as we sat on floor cushions gathered around the low table in the common area. We sipped tea as the homestay mother and her adorable children served us a simple dinner of broth-based soup, potatoes and bread. When we finished eating, I went back to the lake to take some long exposure shots of the Milky Way. As I breathed in the mountain air and witnessed the starlight glistening across the velvety sky, a euphoric feeling came over me as I relished the absolute stillness of that perfect, final night.