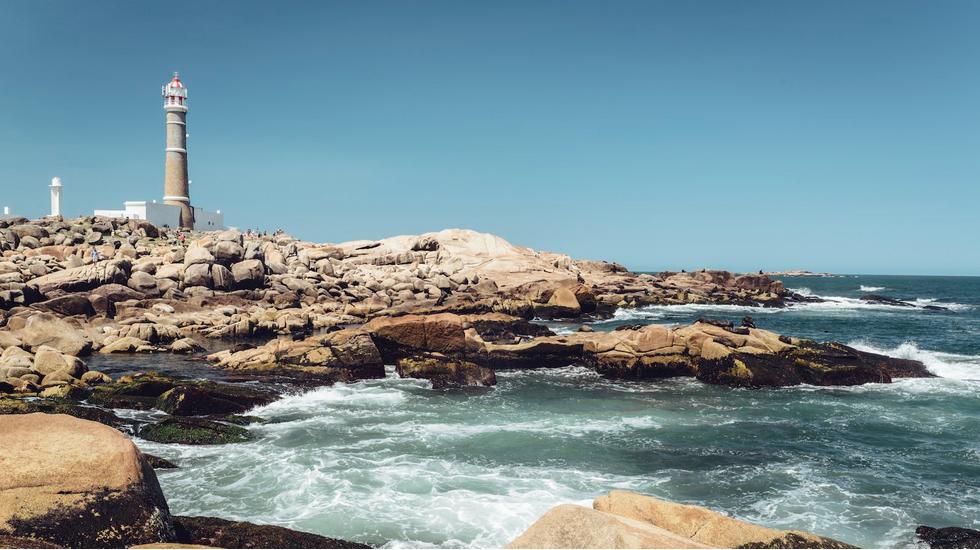 Much Much has been written about the coastal Uruguayan town of Punta del Este, also known as the "Riviera of South America". Located two hours east of Montevideo, it has served as a glitzy escape for Argentina's and Brazil's well-heeled set for decades, with increasing numbers of North American and European travellers coming to see what all the fuss is about.

What is a quiet beach town for much of the year comes alive from December through to February, when the beaches fill with bronzed bodies, mega-yachts languish offshore and the nightlife rivals that of Buenos Aires.

But Punta's flashiness is not for everyone. In search for something more bohemian, I drew up an itinerary: from Punta del Este I would head eastward to Punta del Diablo, stopping in each coastal village along the way in the province of Rocha, the final stretch of undeveloped shoreline in Uruguay.

My starting point was Jose Ignacio, a smaller and beachier place than Punta del Este, where topless boys drive 4x4s along white sand and contemporary-rustic holiday homes are punctuated by chic cafés and expensive boutiques with nautical décor.

Jose Ignacio has received much international attention as a "gypset" destination, but while locals like to stress a laid-back surfer vibe, the price tag does not concur. Latin celebrities have houses on the shore and the main hotels in town - Estancia Vik, Playa Vik, Bahia Vik - dominate the landscape, while men with slick hair and tailored shirts arrive from surrounding ranches to join bronzed women at the beach. The amount of surf is debatable but a few things are guaranteed in Jose Ignacio: the beach is crowded, the people are beautiful, and the line at popular seaside restaurant La Huella is long.

Indeed, Jose Ignacio was about as boho as a polo match. I continued on.

For miles after Jose Ignacio, the view was nothing but a parfait of horizontal lines - low scrubby grass meets caramel sand, there's the majestic green Atlantic and that great blue sky - dotted by a few houses here and there. A group on horseback, led by a gaucho on a sheep-wool saddle, briefly broke the stillness.

My first stop in Rocha was La Pedrera, a tiny town just up the coast from the slightly bigger village of La Paloma. All but shuttered in the winter, La Pedrera throbs with activity in summer, reaching its party zenith during Carnaval at the end of February, when hoards of college students take over. Though saturated with costumes and street drummers, this is no Rio - but it's still the biggest fiesta in Uruguay.

That evening I joined a group of Uruguayans and Argentines who had waved me over to their table with an offering of cola and fernet, a herbal Italian spirit that is both an Argentine obsession and an acquired taste. Light was on the horizon when we made our way home at 4AM, buzzed and sweaty from shimmying to reggaeton and cumbia hits in a dark boliche with sandy floors. The following day, the sun was hot enough to make a dive in the icy south Atlantic feel refreshing - particularly to tired limbs and tender heads. The emerald water was rough but clear, while long-legged sea birds ran through the white foam which licked the shore.

The hole in the ozone layer over Uruguay makes your skin prickle after just a few minutes outside, but that doesn't deter locals from donning skimpy bikinis and spending hours lounging on beach chairs. Always with a yerba mate in hand, they casually retreat with the setting sun.

Located 70 miles from Jose Ignacio, Cabo Polonio is little more than a smattering of ramshackle cabins and a lone lighthouse on a peninsula overlooking the sea. The original inhabitants were descended from fishermen, seal hunters and sailors shipwrecked on the perilous rocky shores. Next came the hippies and artisans, today joined by families from Montevideo who come for the summer, and scores of daytrippers. Part-national park, part-squatter commune, the status of Cabo Polonio has always been in limbo, but the vibe remains the same: relaxed but messy.

If the appeal of the Rocha coast lies partly in its isolation, then Cabo Polonio has charm in spades. The town is inaccessible by car, has no running water and, except for a few generators, no electricity. Until recently, you weren't able to get mobile phone signal. But the magic lies in being just out of reach.

After settling in, I boarded one of the local trucks that leave regularly from the park's entrance, scoring a seat on the roof for unencumbered - though jiggly - views. More intrepid travellers can journey on foot, hiking four hours from neighbouring Barra de Valizes. After a 30-minute drive through the quiet wilderness of shifting sand dunes, entering the village felt celebratory. Brightly painted driftwood signs pointed in all directions where a maze of sand paths congregated in the town "centre", where locals and visitors gather to board the next outgoing vehicle. Rasta-coloured flags blew in the wind and hippies sold beaded jewellery on sarongs spread in the grass. Horses, chickens and geese wandered between the houses - some cabins, others a mishmash of random parts.

By day, I joined the crowds on one of the two beaches that flank the town. I sipped on zingy caipirinhas sold out of coolers as locals played soccer in the surf. I hiked around the tip of the peninsula, the round brown rocks indistinguishable from the hundreds of sea lions that splay out on top, napping lazily in the afternoon heat. The lighthouse, built in 1880, offered a vertiginous climb and spectacular views of the town below, set ablaze in an orange glow from the setting sun.

That night, I dined on seafood ravioli in a candlelit shack. Later, visiting musicians played Brazilian hits around a bonfire in the sand, and soon the whole village turned up. Everyone clapped along and hippies twirled around the perimeter, lit by lanterns and the full moon.

One of the last coastal destinations before entering Brazil, Punta del Diablo was once a tiny fishing village that has since become a hip surfer hangout. Made up of gridded dirt roads, the town is packed with rectangular wooden cabins in primary colours with just enough outdoor space to host a proper asado (barbecue).

The town centre is met by the sea at a small bay, where red and blue fishing boats akin to bathtub toys are pulled onto the shore and the catch unloaded at seafood restaurants lining the waterfront. Elsewhere, backpackers and families peruse local stalls selling empanadas and shell jewellery.

On a walk up the coast, I scurried over high boulders as smooth and round as river pebbles, revealing the glossy purple hearts of mussel shells between the cracks. A fisherman was knee-deep in the tide pool, pulling up electric green seaweed that he would later sell to the local restaurants.

Around the bend of the peninsula began Playa Grande, a wide, flat beach with calm waters and only a handful of families playing with youngsters. This is the first in a series of beaches that runs the length of the Santa Teresa National Park, a forested area with empty shoreline, excellent surf and campgrounds for those who want to go even more grassroots than a hostel. Here, on the edge of the quietest coast of a humble country, only rough wilderness lay ahead.