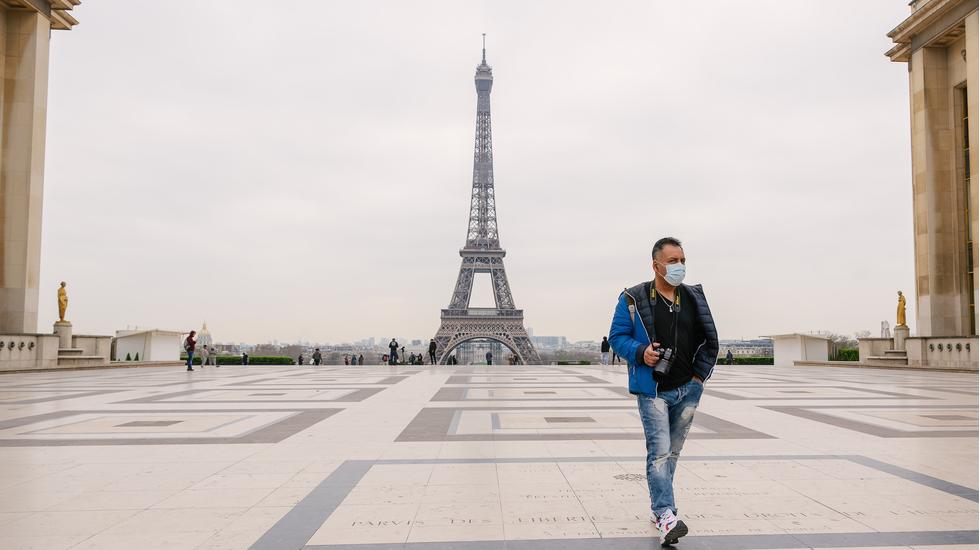 Who Who remembers "overtourism"? Only two years ago, countries around the globe were calling out for respite from the hoards of selfie-stick-toting, snap-happy trippers. Now, one pandemic later, tourists are up against the wall again on two counts: under-tourism and tourist-phobia, or as I've imaginatively coined it, "touriphobia" (not to be confused with turophobia, the irrational fear of cheese).

In a nutshell, touriphobia refers to an irrational fear or aversion to foreign visitors. You'd be wrong to think this condition is exclusive to those who live in countries with tourist-centric economies. A recent YouGov poll shows that the majority of UK citizens are opposed to visitors from other countries, with 51 per cent holding a grudge against Italian tourists and 76 per cent saying they'd rather US visitors keep their distance.

Having suffered two verbal touriphobic assaults in my home city of London, I know the results of this survey to be true. Both happened in quick succession; the first from a couple of geezers outside a pub, the second from a pair of lads in a funky-smelling hatchback who caught me and my friends at a crossroads.

It's easy to retrospectively muse on what we should have done - replied in Love Island quotes, Mr Brightside lyrics or some other referent of UK pop culture - but in the moment we burrowed into our masks and shuffled along at pace like a nervy cluster of foreign exchange students. Truly, I'd done nothing to elicit the heckles, but I suppose there was something about my backpack-hoodie-face-mask ensemble - an outfit which says, "I'm practical and mobile, yet cautious" - that triggered Camden's touriphobes.

Directly after the event, I asked my Instagram followers if they'd noticed an uptake in hostility and realised I was not alone. I heard about exaggerated coughing in France, shopkeepers in Barcelona who'd load on the microaggressions dare someone so much as touch anything ostensibly on sale and waiters in snappy restaurants, with snappy attitudes to match but tardy service.

The key point about touriphobia is its irrationality. Infection rates might be rising across the world, but there's little evidence to show that international travel is to blame any more than your local pub (the one cocking a snook to distancing policies). It's safe to assume that the resumption of public life is to blame for an increase in infections, but we lack the data to prove that travellers themselves are the super-spreaders touriphobes would have us believe.

Are summer 2020's tourists to be reviled or revered? Over the course of the last two decades, many enterprises have laid foundations on a bedrock of affordable air travel and insatiable foreign appetite. The impact of their destabilisation will be far more tremulous than we can quantify - and I'm not just talking about the big players like Thomas Cook.

Charities such as the Happy Girls Project in Uganda, an initiative which relied on tourist subsidies to provide young women with reusable sanitary pads, is facing eviction from its ramshackle factory near Lake Bunyonyi. That means a school's worth of women out of full-time education and all of the associated trappings that brings. Elsewhere in Africa, reports suggest that poaching and logging are on the rise again as a result of a volunteer-drought, with many conservation projects forced to scale back operations.

And while I'd like to give touriphobes the benefit of the doubt - to assume their aversion is due to a sincere concern for the tourism industry's malpractices - I think their eye-rolling, plate-clattering ire is little more than resentment towards those who dare to tread pastures new.

Tourism might not be perfect, but for many people, it's a lifeline. Some people travel. Get over it.

Discover More
Will Post-Pandemic Travel Be Better than Ever?
Read now