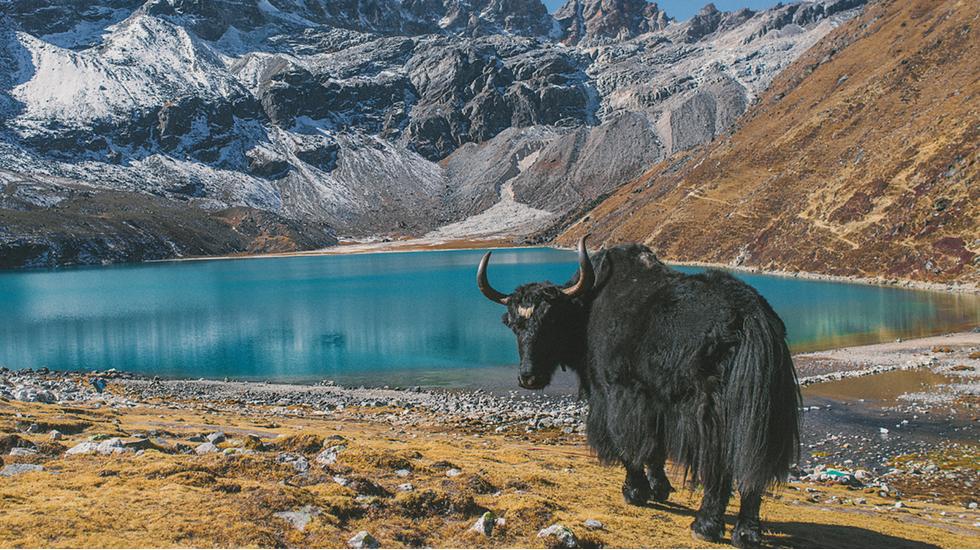 Trekking Trekking to Everest Base Camp remains one of the most awesome and memorable things I've ever done. It's something I'd do again in a heartbeat, a proper adventure.

There are loads of ways to begin your journey: fly to the small Nepalese town of Lukla, ride a helicopter from Namche Bazaar, catch a jeep in Salleri. Being a wannabe young adventurer, I decided to get a bus to Jiri. It's the closest town to Mount Everest serviced by public buses. It also happens to be the route that Sir Edmund Hillary took when he became the first recorded man to summit the mountain in 1953, making Jiri something of a pilgrimage for die-hard mountaineers - not that I count myself among them.

Rather than follow a linear up-and-down trail, I traced the circular Three High Passes route, a round-trip to and from Kathmandu that took me 27 days. I know what you're thinking: "27 days?!"

I was young and jobless, with no commitments and even less better to do. This is an adventure for people with time on their hands and one that can be done on a shoestring, as I did. I bought a map, compass, a months' supply of chocolate bars (which didn't last the month) and set off.

Those with bigger budgets can hire guides or porters, and there's plenty of food en route. Himalayan families rely on passersby - both locals and tourists - to stop in and recharge.

I don't need to tell you about the awe-inspiring views; I'll leave that to the pictures in this album. If you have an appetite for adventure, trekking to Everest Base Camp will be one of the most physically and mentally challenging things you'll ever do - and one of the best too.