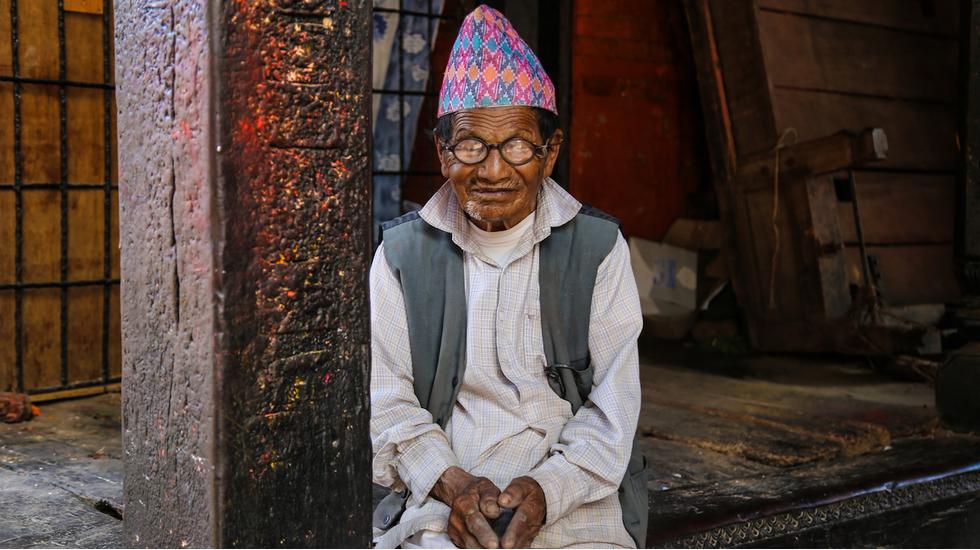 As As I journeyed across the varying Nepalese terrain, from the busy city of Kathmandu through the deserted Himalayan mountains to the lakeside calm of Pokhara, I discovered an enchanting country imbued with an intangible magic - a far cry from the demoralised and damaged nation one would expect following a devastating earthquake.

I was fortunate enough to know a Nepalese man who drove me for over nine hours through the Himalayas on the back his khaki Enfield bike in order that I could visit tiny villages, meet locals and discover hidden caves in which monks live for years without speaking to another soul. Of course, there were some derelict scenes where buildings had turned to rubble and waste. In these places it was as though no time had passed since those first tremors shook the earth over two years ago. The quake injured 22,000 people and killed 9,000, leaving many homeless or sleeping in dangerous makeshift shelters.

Although a poor country, Nepal has beauty and culture in spades; people remain optimistic, their spirituality and religious practices guiding them through troubled times. I experienced nothing but kindness, constantly surrounded by giggling children with scuffed shoes and cheeky grins.

Despite being a landlocked country that sits between two powerhouses - China and India - Nepal has never been colonised or ruled by foreigners. A cultural hybrid of sorts, the country enjoys a melange of food from both its neighbours, with fragrant Indian curries served alongside Chinese dumplings known as "momo". Sacred cows and bulls amble freely among the busy traffic of cars and bikes, seemingly oblivious to the shouted warnings and recriminations of humans.

The freneticism of cities like Kathmandu contrasted with the serenity of the surrounding countryside makes for a trip that surprises and delights at every turn. It's no wonder that people return from Nepal feeling simultaneously rejuvenated and at peace.