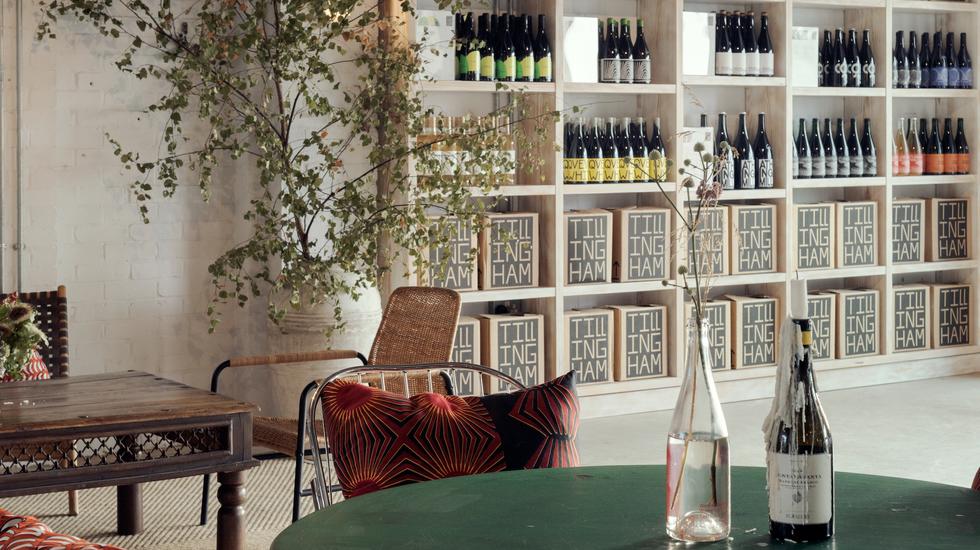 When When you think of vineyards, you might conjure images of the chateaux-flecked hills of France. Perhaps you picture the golden slopes of Piedmont or the sun-soaked vines of Sicily. Drizzly old England? Not a chance. And yet, our undulating landscapes of wax-jacket green have sprouted more than 700 vineyards. England's wine industry is positively blossoming.

It's not new, however. Our winemaking history stretches back to Roman Britain, since when production continued buoyantly until the phylloxera epidemic ravaged vineyards in the 19th century. By the First World War, a thirst for continental plonk meant that English production had all but stopped. Now however, spurred by warmer summers and more sophisticated winemaking expertise, our vineyards are thriving once more.

Sales of English wine doubled in the last year, and it's expected that some 40 million bottles of the stuff will be drunk around the world by 2040. While the trend is led by our internationally acclaimed sparkling wine, a new wave of experimental producers are making tipples that are drawing attention from a younger crowd whose locavore appetites crave labels reading "organic", "biodynamic" and "low-intervention". Such values are reflected in a fresh breed of English wine tourism too - one that revolves around design-led stays and experiences in nature. Grabbing our cameras and making tracks to the Sussex countryside, my partner Ed and I want a taste for ourselves.

The road twists past thatched houses and tumbledown barns en route to Dew Farm, the home of Tillingham winery. A repurposed Dutch barn rises between the vines. Inside, its rooms and restaurant are all industrial beams and concrete softened by earthy textures; an undone-luxe aesthetic attuned to the local landscape.

Blinking in the sunlight, we realise it's been months since we've had a view that stretched beyond London Fields. Weaving through vines, Tillingham's co-founder Ben Walgate tells us about the winery's progressive philosophy centred on regenerative farming, replenishing soil health and encouraging biodiversity. The grapes, shiny and plump, seem to agree with the approach.

Roaming past flower-flecked fields and grazing cows, we reach a 17th-century oast house which guards an impressive underground collection of qvevri, Georgian terracotta pots in which wines age with their skins. Sipping the Qvevri White - a pinot blanc and chardonnay that's spent four months sleeping - I gaze across the vineyard scattered with long grasses and butterflies. It's an Alfred Sisley painting come to life.

Dusk falls and dinner calls. We mop up the juices of fat tomatoes with red-onion focaccia, and find comfort in bowls of spelt, mushrooms and Berkswell. Dessert is roasted plums with lashings of cream - our first taste of autumn. Come morning, a watercolour sky gleams pink and gold. Stones crunch beneath our feet as we walk around the estate, past vines draped in mist and a few baffled sheep. Over a hearty breakfast, we hone in on Kent's Westwell Wines as the next stop on our itinerary.

A new wave of experimental producers are making tipples that are drawing attention from a younger crowd.

Managing Director Adrian Pike is a bit of a dude. His previous life was in the music industry, as founder of Moshi Moshi Records and State 51. Luckily for us, in 2016 he swapped London's studios for greener pastures, on which he makes moreish wines with eye-catching labels illustrated by his wife Galia. Tastings and tours of the 40-acre sustainable farm are a low-key affair. Adrian reels off the potential perils of English winemaking: rain and cool temperatures can cause mildew and ripening challenges, while frost damage can wipe out a delicate crop. It's why low-intervention winemaking is particularly impressive here. And so he applies a dedicated but not dogmatic approach, blending science and nature in a way that protects both the environment and the wine's quality. This means reserving the right to spray (minimally) against pests and disease if need be, but using natural ingredients wherever possible.

Walking through the vineyard, we see a compost heap of last year's grape skins waiting to be spread along with a homemade fertiliser of nettle tea. Harvest season is approaching and the vines bristle with health. At the top of a hill, we reach a wildflower meadow. It's gone to seed now, but in early summer, we're told, it's an explosion of colour and the dream-like setting for Westwell's "forage and feast" supper clubs helmed by chef Mark Andrew of Fire + Wild. Around long tables, diners tuck in to scallops cooked over fire, charred courgette and wild rabbit braised in ortega wine. Dessert is served by candlelight.

For now, we ramble along by the hedgerows, stopping to pick blackberries, all purple-fingered nostalgia and flushed cheeks from the fresh air - something of a rewilding for weary city-dwellers.

Back at the winery, lined-up bottles glisten in the sunlight. Rich with stone fruits and citrus, the unfiltered ortega is redolent of orange blossom and honeysuckle, made golden by skin-contact fermentation. It's a vibrant, buttercup Pantone. We agree it's our favourite and load up the car with bottles to return home to London, hunting down fish and chips on the way.

We wake early on Sunday morning and, though back in the city, we're not ready to pick up the pace of regular life just yet. Pulling on jackets and muddied boots, we head to north London's Forty Hall Estate. Enfield may be an unassuming spot for organic winemaking, but here, just inside the M25, that's exactly what's happening - and with award-winning results.

We arrive at a bustling farmers' market where families more used to rising early than us mill between stalls. We clasp our coffee, wisps of steam dancing in the crisp September light, and fill our totes with sourdough, leafy veg and pressed juice, stopping to swoon over vivid fresh flowers. At midday, Forty Hall's Head of Operations, Emma Lundie takes us on a vineyard tour, talking us through grape-growing and the estate's social enterprise, a not-for-profit ecotherapy project that supports mental and physical wellbeing through access to nature.

Pruning, picking and working in teams instils a sense of purpose and headspace for Forty Hall's volunteers, and is carried out alongside ecotherapists who talk through life's challenges. There are many success stories. Volunteers have reported feeling happier and transformed, with some going on to become ecotherapists themselves.

Later, we taste the wines: a gorgeous bacchus brimming with elderflower, pear and pink grapefruit followed by a rich ortega with baked apples, apricot and a honeyed edge. It's then that I'm struck by the sight of two brutalist concrete tower blocks on the horizon. I've stood in vineyards around the world and have never had such a reminder of proximity to a city.

Back in the big smoke, feeling far from the countryside, we wind up in a gritty corner of Bethnal Green. Off a screeching junction, a light box flickers above a nondescript alleyway leading to the graffitied arch of Renegade Urban Winery and Bar.

It's harvest week. Grapes have been arriving by the crateful and the team is cleaning down the day's press. Founder Warwick Smith lifts the lid of a barrel of fermenting chardonnay grapes, offering us a handful. They fizz and pop in our mouths - proof that when drinks journalists describe wines as "alive" we mean it. A chalkboard is scrawled with experimental hybrids that sit somewhere in between wine and craft beer. Bethnal Bubbles is a spritzy seyval blanc fermented under hops and, behind the scenes, winemaker Andrea Bontempo is working on a mash-up of sauvignon blanc and earl grey tea. Renegade lives up to its name.

So, is urban winemaking "real" winemaking? As Warwick puts it, quite simply: "When you drink craft beer, you don't expect the brewers to have grown the barley and the hops. Without the growing element, we have the freedom to focus entirely on winemaking. Who says you can't make good wine in some dodgy archways in Bethnal Green?" As we sip on our bubbles under the string lights in the alleyway, it's hard to argue.