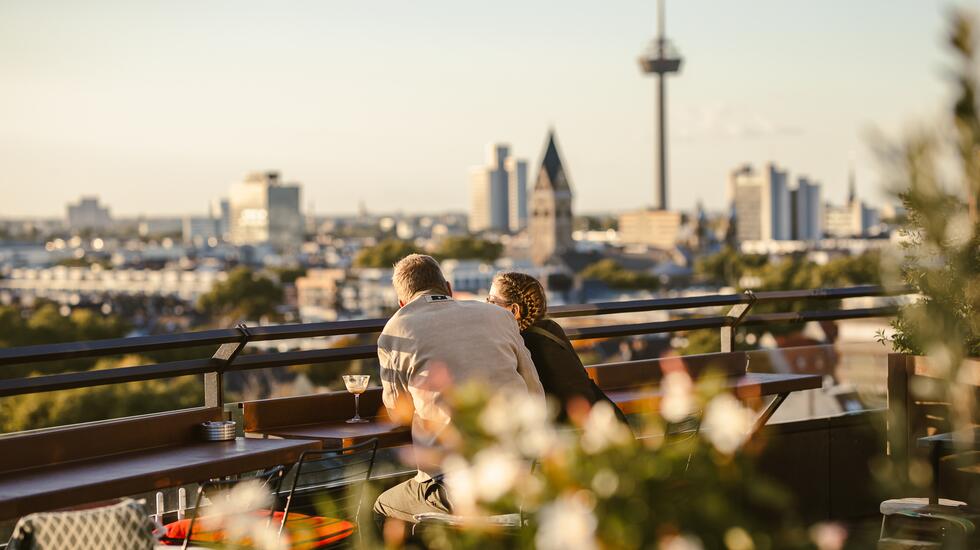 If If the cities of North Rhine-Westphalia were a family, Cologne would be the hipster little sister to couture- clad Düsseldorf. Although it was founded in 38 BC and still has the Roman walls and 600-year-old cathedral to prove it, there's something forever young about Cologne's cake-fuelled café culture, urban beaches like Rodenkirchen, 100,000-strong student population tootling around on their bicycles and, of course, the fact that it has more weetschafts (pubs) per capita than anywhere else in the country.

Kölners often refer to themselves as "the Latinos of Germany" and if you stroll through artsy Belgisches Viertel on a sunny evening, you'll soon realise why. People know how to enjoy life here. The area's leafy squares are always awash with designers and artists passionately discussing their latest projects over kölsch (local beer). Pavements on side streets positively swarm with bohemian locals perching on packing cases outside cafés like Hommage and Heilandt. And a night at cocktail bar and techno club Zum Scheuen Reh proves that they know how to fiesta just as hard as their metaphorical cousins.

The streets at dusk, left, and the city cathedral.

Although Cologne is the biggest metropolis in the North Rhine-Westphalia region and has the thriving digital scene to match, Kölners display the sort of warmth more often found in small towns. "People are very open here," muses Lisa Schulze, co-founder of Lifelab, a sustainable co-working and events space in Agnesviertel, where you'll also find cosy Cafè Torè. "If you're looking lost, someone will come up and ask if you're ok. It's totally normal to strike up a conversation with a stranger in a bar."

In the know: a city guide to Cologne

It doesn't get more central than this welcoming hideaway practically in the shadow of the cathedal in the heart of the Old Town. Rooms may be furnished in a mid-century style, but high-definition TVs with the full package of Sky channels and Apple boxes are bang up-to-date.

Housed in a fearlessly modern building on the site of the Roman walls, this boutique hotel is a haven of calm. Every room has a generous desk and you won't be short of opportunities for stimulating breaks - Museum Ludwig is just metres from your new front door.