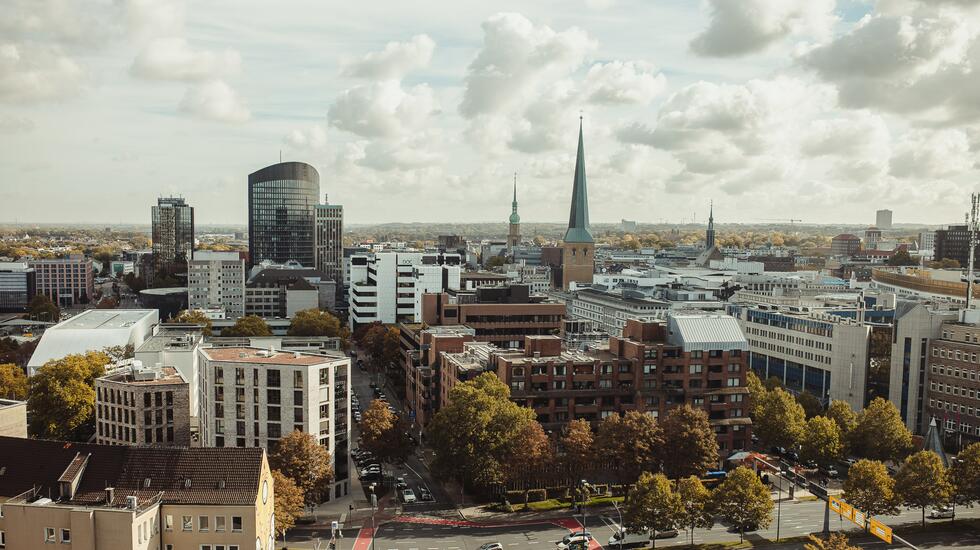 What What would we call Dortmund and Essen, two of the 53 cities that make up the Ruhr area? Maybe a pair of down-to-earth, big-hearted brothers, quirky and full of surprises. Traditionally the heartlands of Germany's steel, coal and brewing industries, they're scattered with industrial structures that can't fail to inspire anyone with a camera and even a passing interest in architecture. Outside some, like the Krupp factory, unexpected meadows and flower gardens have bloomed. Inside, many have been reimagined as cutting-edge cultural hubs.

Take Essen's sprawling Zollverein, a red-brick labyrinth described by Unesco as "the most beautiful colliery in the world". These days, it's mostly populated by up-and-coming talent browsing the Red Dot Design Museum - designed by Norman Foster, no less - for inspiration, before they tuck into flavour-packed Mediterranean small plates at The Mine.

Follow the gleaming golden "U" that perches atop the Dortmunder U, meanwhile, and you'll discover a centre for digital creativity in a towering building in Dortmund's Westpark that was once used to store beer. An entire afternoon can easily slip away as you wander these echoing halls.

The potential that comes from when contrasting yet complementary ideas are allowed to breed is the concept that is perhaps the key to understanding these enigmatic cities' identities. They both look back fondly at their hardworking, industrial past while striding confidently towards an exciting, tech-powered future.

In the know: a guide to the Ruhr area

Less than a five-minute walk from Dortmund train station and with staff who can't do enough to please, The Grey Design Hotel is fuss-free and as comforting as schnitzel. Expect clean, functional interiors, a kettle with a selection of teas in every room and state-of-the-art power showers.

Combining killer value with polished design, this soaring hotel is an excellent choice for both business and pleasure. Rooms are comfortable, with showers that are Niagara Falls-powerful, but the highlight is a triple-height lobby with tables for co-working and a superb soundtrack.

Making plans for a visit? Head to ruhr-tourismus.de and urbanana.de to discover more. Purchase Volume 39: Ritual to read our 20-page travel companion to Cologne, Düsseldorf and Ruhr.

Discover More
Everyone is Welcome: A Guide to Community-Focused Cologne
Read now