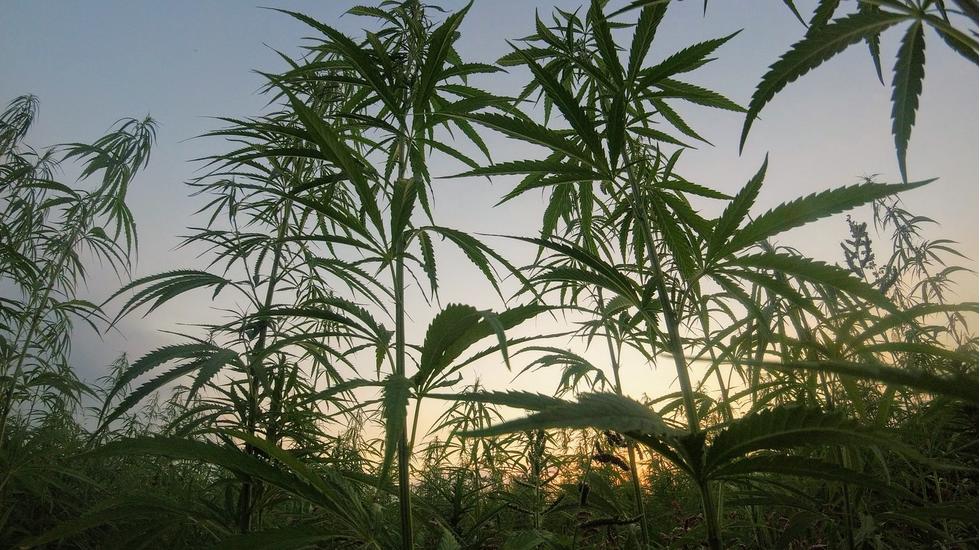 The The cannabis market is riding high across the US. At the time of writing, 33 states, four US territories and D.C. have legalised the use of medical marijuana, with 11 of these giving the thumbs up to its recreational use too. The use of CBD - in which the psychoactive THC compound is at a negligible dose - is more widespread still. Don't be surprised if you see cannabidiol-infused chocolates, oils and even tampons on your local high street. By 2030, the US sales of cannabis are predicted to reach $80 billion.

Why the popularity? As many of us struggle to cope with the pressures of modern life, the anxiety economy is growing. Fluctuating political, economic and cultural climates are fuelling fear and instability, driving consumers towards self-care products - including cannabis and CBD - that promise hyper-wellbeing.

The Cannabis Café made US history in 2019 for being the first restaurant to serve cannabis products alongside its food. Pioneered by long-term advocates for the legalisation of cannabis, its aim is to provide a positive space for people to enjoy the benefits of CBD and cannabis-infused products. But if hot chicken tenders with a side of 3C Farm Black Lotus doesn't hit the spot, perhaps a "Colorado Bliss" treatment involving a CBD-oil massage at St Julien Hotel & Spa may be the tamer kind of 420 experience you'll enjoy. Alongside products that are created purely as medical aids for anxiety, such bespoke experiences offer natural stress relief free of the withdrawal symptoms often associated with comparable Western medicines.

Yet it's hard to ignore the fact that - like many industries - this budding, green enterprise is being whitewashed, and that's despite the fact that consumption rates between Black and White people are roughly the same. In 2017, Marijuana Business Daily found that less than four per cent of the US's marijuana dispensaries were owned by Black people, with a further 5.7 per cent being owned by people of Hispanic or Latino origin and 2.4 per cent by those with Asian backgrounds.

This racial disparity is particularly poignant when you consider that a predominantly White LA neighbourhood might be enjoying hash brownies in cafés, while another locale would be more likely to have its residents arrested for enjoying the same thing. That "other" often involves people of colour, those historically portrayed as the violent or criminal, incapable of following rules and in need of extreme discipline, which is often validated by the prison industrial system. Almost 80 per cent of people serving time for drug offences are Black or Latino, and 60 per cent of those in state prisons on drug charges are people of colour.

While it could be said that the legalisation of cannabis has begun to destigmatise the marijuana industry, it is also clear that there are limits to what cultural shifts can achieve. Cannabis arrests now account for more than half of all drug offences in America, with Black people four times more likely to get arrested for the same offence as their White counterparts, despite roughly equal consumption rates. Statistics show that in 2018 more than 1.6 million people were arrested for drug-law violations, with the average Black person serving a sentence of 58.7 months, roughly the same amount of time a White defendant would serve for a more serious violent crime (61.7 months).

For those who don't face criminal charges for drug possession, their sense of relief is short-lived as states move towards charging individuals with crippling court fees and fines instead of pushing for tax increases to fund their court systems. In Texas, a minor drug possession could result in a fine of up to $2,000 (£1,600). As such monetary penalties disproportionately impact people of colour, they underscore the racially segregated lines of poverty and rates of imprisonment.

While these charges may seem relatively small to some individuals, people on low incomes often struggle to pay off these debts, making it harder for them to successfully move through society. When we look at the correlation between punishment, poverty and inequality, we realise that the dramatic increase in America's prison population is inherently linked to the War on Drugs. By and large, the increased demand for more cannabis products and experiences has not changed the realities for Black and Hispanic people - mainly men - who fall victim to America's criminal justice system.

The cannabis industry is, of course, one of many ways that racism, privilege and their consequences have become entrenched in everyday life. Do something concrete to change the material conditions of Black, Hispanic and other people of colour. Educate yourself. Support Black-owned businesses. Donate to the organisation that work tirelessly to make sure that people who are targeted by America's criminal justice system are seen and heard.

Four Black-owned cannabis and CBD companies you can support (where it's legal, of course)

Specialising in handmade, all-natural hemp and CBD skin care as well as "high-quality canna-lifestyle smoke supplies", Kush and Cute has a retro aesthetic that gives the cannabis world a playful touch while encouraging diversity and inclusivity in the industry.

"Not grown. Crafted." is the tagline at Denver's first Black-owned dispensary run by military veterans Wanda James and Scott Durrah. Alongside serving vegan edibles, concentrates and flowers, they operate a quality small-batch farm that was voted the "Best Flavour Champion" at Colorado's 2018 The Grow Off Competition.

Owned by former NBA player Al Harrington, Viola (named after Harrington's grandmother) ranks among the US's leading cannabis companies. You can pick up its dank flowers, pre-rolls and extracts in the form of diamonds, moon rocks, sauces and waxes from locations in Colorado, Oregon and California among many states. Check online.