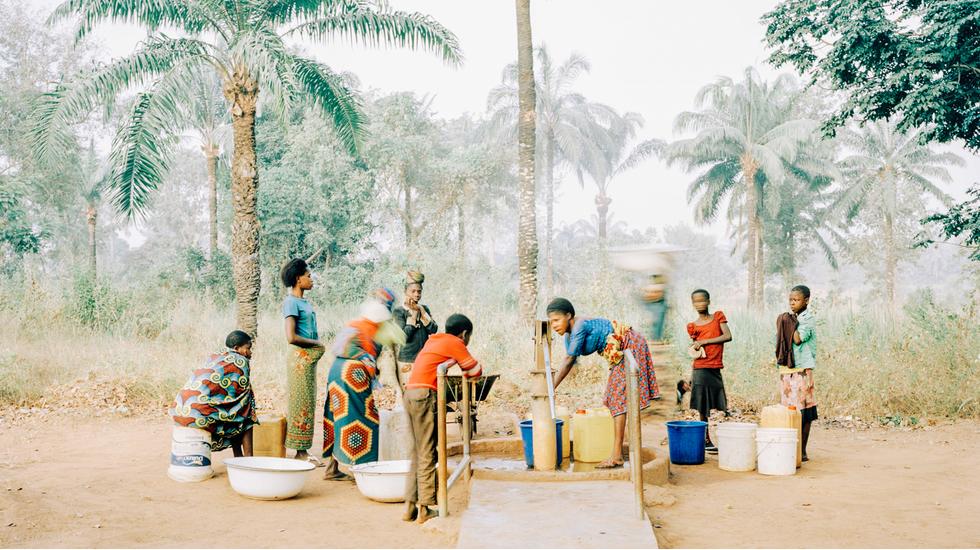 "Water "Water is one of the great challenges of our time. Across the planet we are seeing our fundamental relationship with water called into question. Our most critical resource for life on this planet hangs in a delicate balance: between growing populations and energy demands, between rising seas and melting ice, and between those who have access to clean water and those who do not."

Since 2011, American photographer Mustafah Abdulaziz has travelled to eight countries highlighting the impact of the global water crisis. Abdulaziz has captured individuals and the landscapes whose stories are intertwined with, and impacted by water - the city of Sao Paulo, Brazil, where two polluted rivers provide water for 21million people; the poisoned marigold fields of Kanpur, India; shrimp fishermen at dawn on the restored Lake Hong, China; the barren river bed of the Ganges, India and brightly dressed women hauling water from a 150ft well, three hours walk from their home in Pakistan.

This ongoing series, which Abdulaziz anticipates developing over the next ten or so years, will eventually encompass every aspect of our interaction with water -whether it is through the natural world, human interaction, or industrialisation. His body of work, that stretches across the planet to include 32 countries, is structured into thematic chapters, which Abdulaziz hopes will ultimately help us to understand where we stand in relation to one of the greatest challenges of our time.

Abdualziz believes that photographs have the capacity to bring into focus our place in the world, and hopes that the imbalance between water and civilization may be explored by the viewer in the hope that we may look upon ourselves and our world, not as separate entities but as bodies whose futures are intrinsically linked.