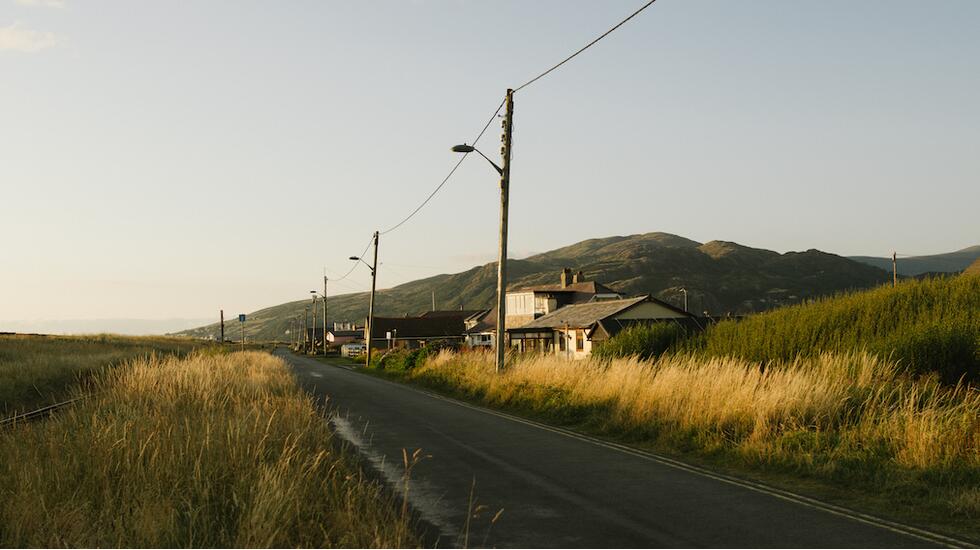 Banked Banked to the east by the foothills of Snowdonia National Park and separated from the next town over by the snaking Afon Mawddach Estuary, the Welsh village of Fairbourne sits isolated, alone and - increasingly - at risk from the rising tides that caress its edges.

Established as a model seaside resort in the 19th century by flour magnate Arthur McDougall, the village is a cultural outlier; a majority English community, founded by a Scotsman, in the heartland of Welsh nationalism. Since it was established, Fairbourne has been a home-from-home for holidaymakers from England's industrial heartlands, many of whom have since settled in the area, twinning the odd red dragon hung on a flagpole with Black Country flags.

"Birmingham-by-the-Sea" (as it's affectionately known) is only two-and-a-half hours from the West Midlands, but to reach it you must first traverse steep, winding, hair-raising roads through prehistoric mountains. Beyond the crest, you'll spot the waters - blue enough to confound anyone more accustomed to the monotone shades of the North Sea. Accordingly, year after year, summers here are packed with tourists hiking the hills and paddleboarding across Cardigan Bay. It's not difficult to see the appeal: the water is sun-warmed; the beach as soft and vast as any in the Mediterranean.

It's no small irony, then, that these beautiful surroundings could eventually lead to the village's demise. Fairbourne is a divisive frontline in the battle against climate change - a fairy-tale town stalked by an unsettling future.

Fairbourne is a fairy-tale town stalked by an unsettling future.

In 2014, BBC Wales reported that the town would be the first UK settlement to be "decommissioned" due to climate change. The UK government claims that as sea levels rise, the cost of preventing a severe threat to life in the area will become unsustainable. The village is likely to be placed into a state of "managed retreat". These nebulous terms add up to one outcome - residents will be evacuated inland before the eventual full-scale demolition of their homes. If all runs on schedule, Fairbourne may be swallowed by the sea by 2054. The proposed goal is to recycle the land into a naturally flooding plain, relieving the flood risk of more densely populated portions of the surrounding coast.

Eight years after the proposals landed, Fairbourne residents are still attempting to clarify what the future has in store for them: house prices are fluctuating, and the official response is defined more by inertia than support. As the sun sets behind the sea, painting the landscape with an ochre glow, it would be easy to mistake Fairbourne for a picture-postcard seaside spot. But behind the glimmering waters, sits a menace, and a question. What next for this little Welsh town?