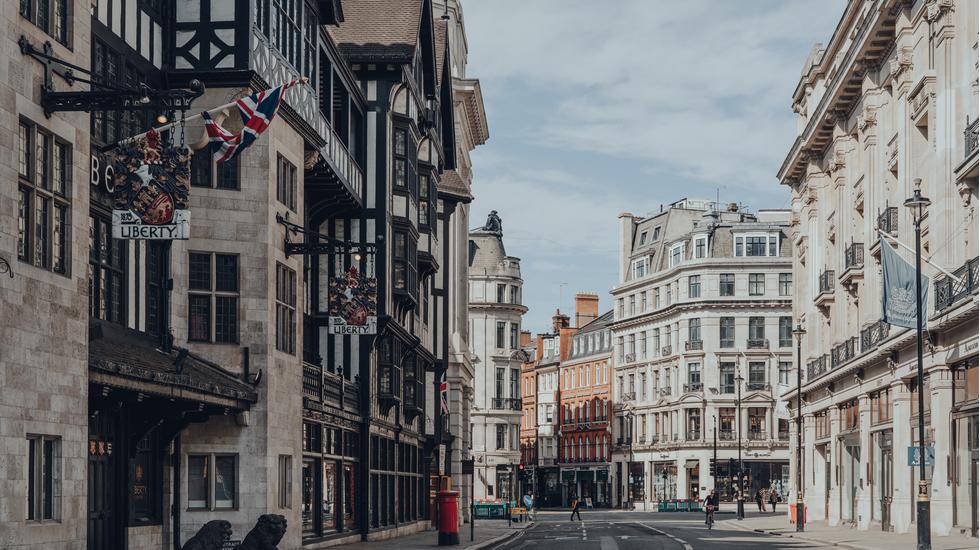 Searches Searches for time-travel films skyrocketed during lockdown last year, so it's no surprise that Edgar Wright's latest psychological horror has taken the world by storm. Set in 1960s London, the plot follows Eloise, a young fashion student with a mysterious ability to travel back in time. When there, she becomes embroiled in the life of a dazzling aspiring singer, only to watch her dreams fade into something much darker. As its name implies, the film was largely shot around Soho - director Edgar Wright's beloved home turf - as well as in several other central pockets of the city, bringing London's greatest era to vivid life on the big screen. In an effort to follow in the young starlet's footsteps, we dust down our vintage map and travel back to the capital's heyday.

Swinging back to the Sixties: Five Historic London Locations from Last Night in Soho

Eloise's first destination when she arrives in the big city is the 1960s-built concrete London College of Fashion building on John Prince's Street, which plays itself in the film. Much-storied Maple Street also features, as home to the young fashion student's accommodation block, appearing in stark contrast to the rolling hills of her Cornish hometown.

The film culminates in a fashion show shot in The Truman Brewery, at the epicentre of London's East End. Having been redeveloped in the 1990s as an arts complex, this infamous brewery is perfectly reminiscent of Soho in the Swinging Sixties.

A classic arrival-scene destination, Paddington station marks the spot where the bright-eyed, bushy-tailed Eloise first arrives in London from Cornwall.

Home to The Toucan, the pub where Eloise attends a night out and ends up finding her first job in London, Soho was also the location for several other key scenes in the film, with stops including Old Compton Street, Carnaby Street and the legendary Soho Square. According to the film's co-writer, The Toucan was known for its disco, "Knuckles Bar", back in the day, with celebrity guests including Jimi Hendrix and The Animals.

The imposing Empire Cinema plays Café de Paris in the film, the location of Eloise's first encounter with her alter ego, Sandy, and the spot where she attends a screening of Thunderball. According to Wright, the reproduction of the original giant 1960s film poster attracted dozens of curious cinephiles during the shoot.