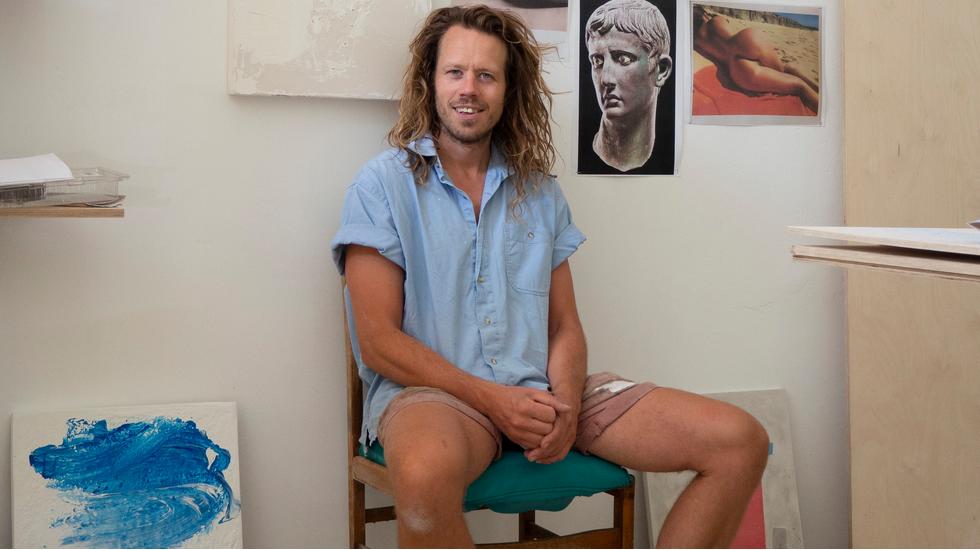 Since Since documenta 14 was held in Athens in 2017, the city has established itself as a European hub for artists. Often, I attend up to three exhibition openings in a night - in Athens, that's not so much a feat as an inevitability.

On a Thursday night, galleries overflow with young, well-dressed Athenians who spill out into the street sipping cans of Fix and smoking roll-ups. The first opening of the night is always hard to leave - after the art, you'll quickly get drawn into a conversation and settle down on a balmy rooftop with a cold beer. But there is always another one. Artists are being lured to the city from all over Greece, and indeed, the world. Thanks to cheap rents, good weather and a lively political scene, openings are on a steady rotation.

"It's probably one of the few nooks in Europe where there's some authenticity left," say Zacharias Petrakis and Alejandro Hernandez Baskon, founders of the Zacharias Crafts studio and store in central Exarcheia. Silk-screen printing leather accessories and clothing, the studio - all neon signage and industrial finishes - opened a few months ago as a multifunctional space allowing the artists to create and sell their work in one place. "Exarcheia is the area of Athens where subculture happens. There's a freedom to explore here", say the duo, who were drawn to the city by the low rent and buzzy vibe.

From not-for-profit galleries like CheapArtAthens to independent, grassroots studios such as 3 137 and well-established commercial galleries like The Breeder, the art scene is undeniably thriving. Brit-born Hugo Wheeler moved here from London to set up Hot Wheels Gallery, an art space in a neoclassical building that supports local creatives. "It was derelict for a few years, and it was a sex shop before that," he tells me of the grand, high-ceilinged structure built in the early 1900s. It now hosts an ever-rotating roster of exhibitions - at the last opening, I couldn't move for people.

From a practical perspective, Athens is one of the last European capitals to remain affordable, providing an ideal place to live and work as an artist. The economic crisis has hit the country hard but this has, at least, brought the cost of living right down. "It's an accessible and attainable city that almost feels external to Europe in its atmosphere," says British artist David Fenwick (main image), who also moved to Athens from London to open a studio here. "There's a palpable sense of freedom that's conducive to creativity."

That sense of freedom is sprayed all over Athens' walls. The street-art scene is also very much alive here; not an inch of space goes untagged. It's a visual bombardment and takes some getting used to - especially on the neoclassical builds with pretty wrought-iron balconies - but graffiti artists from all over come to pay homage to the graff capital. "Graffiti artists come on holiday here from all over Europe," says Cacao Rocks, Athens' most commercially successful street artist. "The weather's great all year round and the city offers an interesting collision between East and West."

At an opening, Notes at Alibi, last week I spoke to exhibiting artist Naya Magaliou, an Athenian now living in Helsinki. "Athens is a very inspiring city," she says of her choice to exhibit here and take part in Art Athina this summer. "It has so many waves of history and they're all present at the same time - the energy in the city centre is very special."

In the shadow of the Acropolis, Athens' streets are being paved with a new cultural identity. Fresh ideas are daubed over the tired exteriors of abandoned building and studios are emerging in quiet tree-lined neighbourhoods, offering pockets of culture in unexpected places. For artists, Athens is not an ancient relic to be marvelled at, but a very modern playground of possibility that is constantly reinventing itself.