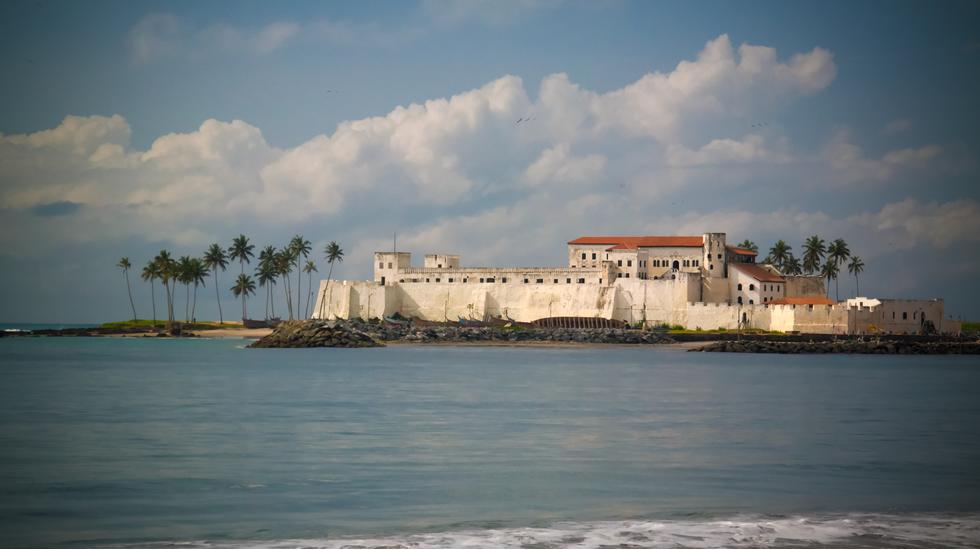 It's It's the first thing I see on stepping off the plane at Accra's Kotoka International Airport, the sign scrawled in huge letters: "Akwaaba". Written in Twi, a dialect of the Akan language, it means "welcome" and always gives me a warm sense of homecoming. Outside, there's the familiar smell of Ghanaian humidity and the vivid sight of crowds of locals waiting to see the travellers returning to, or visiting this West African hub for the first time.

Ghana's president, Nana Akufo-Addo, declared 2019 "The Year of Return" - an official commemoration of the 400th anniversary of the arrival of African slaves in America. He urged international visitors, especially ones from the black diaspora, to return "home". Among those who took him up on the invitation were supermodel Naomi Campbell, rapper Cardi B and Beyoncé's mother, Tina Knowles. Stuck in a grey and miserable London at the time, I couldn't help but feel a twinge of jealousy as I saw so many make a joyful pilgrimage back to Ghana.

My own call to return "home" came following the death of my grandfather, who had been the royal chief of Asankragua, a small town in the Western Region of the country. His funeral was to be a traditional affair, steeped in Ghanaian custom, as befitting his totemic role in the community. Although this trip to Ghana would be my fourth, it was, in many ways, like discovering the country for the first time. I didn't know it when I boarded the plane, but this was to be the trip on which I would learn that many things I thought I'd known about my cultural roots were superficial. Living in the UK, I had become disconnected from my heritage, conflicted by the reality of being British by nature, Ghanaian by blood.

I am not the only British-Ghanaian millennial to have experienced this plight. Many others, like me, considered travelling with their parents to Ghana as just a holiday, albeit one filled with visits to "this auntie… that uncle". While this round of social activities may be convivial, it is also restrictive - providing very little opportunity to discover the country for oneself. Unless, that is, you break free.

After three days of watching and listening to the non-stop drumming sounds of funeral processions, I decided to leave Asankragua and make the twelve-hour coach journey back to Accra. It was to be a personal quest during which I would explore Ghanaian history - and also see more of what the country's 16 diverse regions had to offer than what had been possible on visits to relatives. It was an odyssey of both highs and lows. The poignancy of visiting Ghana's slave fortresses and unravelling the dark history of the transatlantic slave trade is something that will stay with me forever.

Following hours of being packed like a sardine on a "Tro-tro" - Ghana's privately owned minibus and taxi service - I arrived at the Cape Coast. Once the heart of the largest slave-trading centre in West Africa, today the area is a laid-back fishing town with an arty vibe. The air lingers with the whiff of a salty sea breeze and like the murmur of a heartbeat, you hear the gentle sound of waves crashing onto the shoreline. Crumbling colonial buildings dress the streets, seabirds swoop in their numbers onto the beaches and the fishermen cast their nets where slave ships once sailed.

Children roam innocently outside the walls of Cape Coast Castle, one of the places where modern-day Ghana meets the past. There is invaluable history to be discovered here for those who wish to find it. My tour guide explained the origins of the 16th-century Unesco World Heritage site, before taking me to the individual male and female slave dungeons.

My stomach tight, I entered the pitch-black dug-out, with its minute slithers of iron frames for ventilation. It was impossible to imagine how 1,500 slaves, two-thirds of whom were male, were shackled together here. It was 32 degrees celsius outside, yet I felt ice-cold as I stepped into the female portion of the enclave, the site of where countless women and girls had been abused by captors over two centuries.

Other than the sound of sandals scraping the cobblestones, very little was to be heard, our small group proceeding in silence. The expressions on our faces, however, said it all. I sobbed; the trauma of what millions of African slaves went through still permeates the air.

We were guided to a sign labelled the "Door of No Return". This infamous door opens to the stairway that leads to the ocean, upon which millions of Africans were shipped across the Atlantic to the Caribbean and the Americas. It would be the last time these slaves would stand on African soil before having their identities eternally erased.

As some kind of solace, the "Door of Return", was since built for the ancestors of the slaves, such as myself, who have managed to come back home. A message from the traditional chiefs of Ghana reads: "In everlasting memory of the anguish of our ancestors, may those who died rest in peace, may those who return find their roots, may humanity never again perpetrate such injustice against humanity. We, the living, now vow to uphold this."

The power of these words was not lost on me. In a moment of reflection while sat by a cannon pointing out at an invisible enemy in the Atlantic Ocean, it dawned on me how privileged I am as a Black woman born in the UK. What a luxury it is, in this modern era, to not be able to comprehend what it was like to be held captive in such unbearable and brutal conditions.

My visit also took me to Elmina Castle, another slave fort in Cape Coast, and the Osu Castle in Accra. Both sites were equally disturbing - and emotionally draining. There are 60 such forts along Ghana's 300-mile stretch of coast. After spending time at some of them, I realised that, in my mission to understand Ghanaian history better, I should not focus simply on slavery.

The best way to understand Ghanaian culture, it transpired, is to meet local artisans, who, before Covid hit, were contributing to a flourishing tourism sector by turning traditional skills into businesses. Venturing into Akosombo, a small town in the country's Eastern Region, I met Nomoda Ebenezer Djaba at his Cedi Beads factory. Being adorned with statement jewellery has for centuries been an integral part of Ghanaian ceremonies such as births, marriages and funeral ceremonies. At the factory, Djaba showed me the process of how traditional Ghanaian glass beads - often referred to as "krobo beads" - are created from raw materials - recycled old bottles and broken glass. Watching this intricate procedure left me with a newfound respect for the time-honoured art I had been wearing around my neck.

I also explored Lake Volta, the largest man-made body of water in the world based on surface area, contained behind the Akosombo Dam. It generates a substantial amount of Ghana's electricity and was the country's most ambitious development project, as a newly independent state in 1966, led by Ghana's first president Kwame Nkrumah. Nkrumah was a character I had long heard about and his revolutionary ideology is still heavily revered around the African continent today. Walking through Accra's Kwame Nkrumah Mausoleum, captivated by the bronze statues, fountains, and peacocks, I was most drawn to the impeccably curated collection of Nkrumah's personal belongings, which included the smock he wore while declaring Ghana's independence, as well as copies of personal correspondence and numerous photos of him standing shoulder to shoulder with various world leaders - including Fidel Castro.

In stark contrast to the mausoleum and its gardens' tranquility was the organised chaos of the capital's Makola Market. Here, I was surrounded by a multitude of women traders, along with a handful of men, all of whom called me over to peruse their goods. They were selling everything under the sun, my favourites being the colourful afrocentric wax-print fabrics for tailoring, authentic shea butter for the skin and the feast of Ghanaian delicacies such as yam, kenkey (a corn-based dumpling), dried fish and freshly baked bread. Despite being "Ghanaian", vendors still clocked me as "foreigner" and hiked up their prices accordingly, leading to repeated rounds of haggling.

No longer a child, and exploring this country as a solo British-Ghanaian woman, I - at times - felt like a fish out of water. I still don't know where I quite fit in with it all. There remains a lot for me to discover about Ghana, from the fast-changing cosmopolitan appeal of Accra to the quiet simplicity of rural villages. But, as my plane readied for take-off from Kotoko Airport, I smiled; I had finally become acquainted with my home away from home. And now that Ghana has started rolling out its vaccination programme, I eagerly anticipate the day when I will be greeted by the word "Akwaaba" once again.