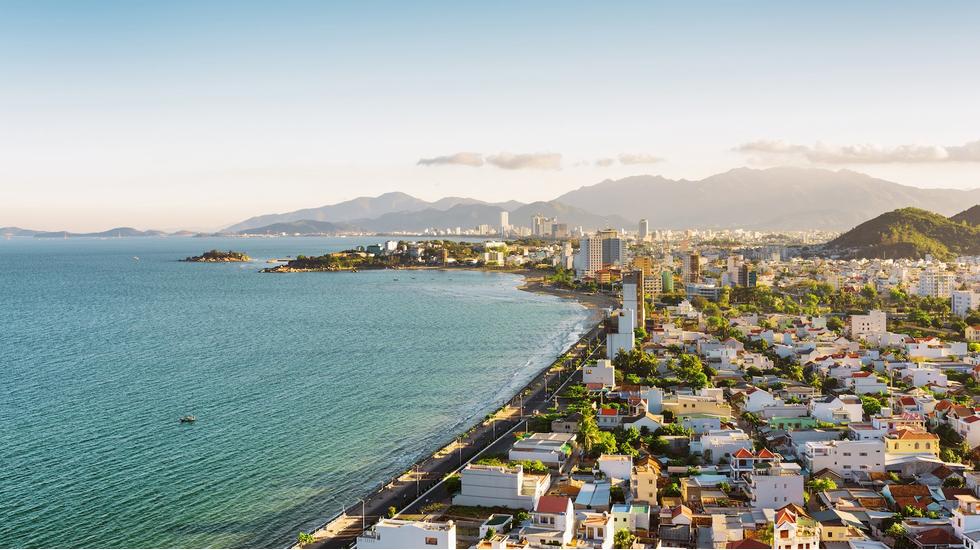 As As I rolled up on my ramshackle Yamaha Nouvo scooter - somehow without breaking down - Nha Trang's differences were glaring: blinking neon signs glared cyrillic script, sun-bleached menus were covered in Russian dishes and throngs of tanned vacationers spoke in a new-to-me language that confused my wearied ears after weeks of bending my brain to Vietnamese.

In Nha Trang, Russian tour agencies rub shoulders with elderly Vietnamese grandmothers selling their family recipes. Some of the women have adapted to their new neighbours by translating their tasty offerings into Russian, whereas the rest adhere to a "what you see is what you get" mentality, garnering their business solely through the hypnotic smells of sweet minced pork and robust chilli sauce. Spoiler alert: it works just as well.

Nha Trang is a confusing place, albeit enticing at the same time. With powder-soft shorelines and low prices that'll have you feeling like a lottery winner, it's no wonder that this city has become an expat favourite. But why here, of all less-obscure places?

Some digging is required to understand this place, gazing back to a time before any of Nha Trang's streets were introduced to the likes of pelmeni and beef stroganoff. This whole party started back in 1979 when the Russian Navy began using nearby Cam Ranh Bay as a naval base. Similar to most who have ever visited the city, they thought "damn, it's pretty great here", and word spread faster than you can wolf down a $1 bowl of pho… which is considerably rapid, if you're me.

Stories of Russians packing up from the motherland and resettling in Nha Trang are abundant, with plot lines ranging from opening restaurants to working in local Russian-catered tourism agencies. I had heard scattered rumours of a "Little Moscow" from fellow travellers before arriving, and I must admit, the intensity of it exceeded my expectations.

An initially planned two-day stay steamrolled into four, tumbled into six, and then magnetically pulled me in for two more final days. Each and every "screw it, I'm staying longer" proclamation brought me down to hostel reception to ask for an extension, where the always-chipper Vietnamese receptionist probably assumed he would never get rid of me. That, my friends, is how you know a place has grabbed you more than you ever would have expected.

Condensation-coated mango cocktails with a stately, shoeless view of the shoreline were just the beginning. The distinctive intersection between weird and wonderful is what makes Nha Trang stand out in my mind. Regardless of where you call home - Saigon, St Petersburg or somewhere in between - there's more than enough room to feel included in this welcoming nook of the globe.