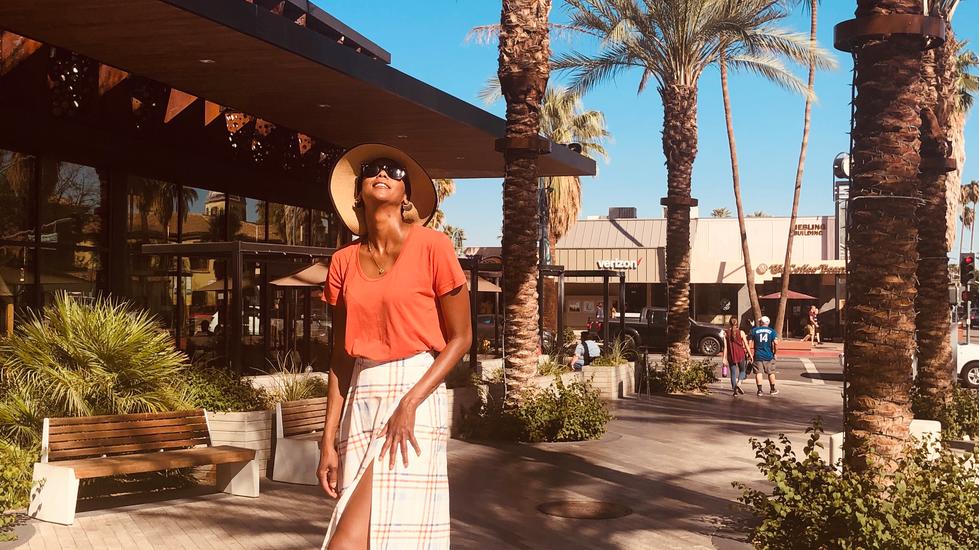 Only Only in America have people insisted on knowing where I am from. As a 6ft 1" freckle-faced Black woman, my features are, apparently, those of wild fascination. Due to slavery, I have roots throughout the American South as well as European ancestry. There have been instances in my adult life where White Americans have insisted on knowing "where in Africa" I am from. In the most ordinary of circumstances, complete strangers have harassed me with this demand.

I once spent a summer in the coastal town of Camden, Maine, to which I retreated to after a hectic period in New York as the personal assistant to Matt Damon. Needing a reset, I headed north in search of a relaxing summer waiting tables in a place where no one was trying to push a script on me to give to my boss.

But I did understand, and I refused to indulge her. "Chicago. Are you ready to order?" I asked, trying to smile as she'd be tipping me, feeling like a "piccaninny" who was refusing to perform in front of her guests at the table. "In a minute," she said, exasperated, before adding: "Where in Africa are you from?" "I'm not from Africa, I'm from Chicago," I replied. To say this microaggression was invasive and repugnant would be an understatement. I hadn't approached the table by asking her where in Europe she was from.

There was another instance during my college years in Boston, where I was also waiting tables, when a customer asked me if I was from Somalia because she had a student who was from there and we looked just alike. We were both tall and skinny. I said no, and left it at that.

Unfortunately, these stories are not rare in my life. They are not one-offs, but rather a constant line of interrogation by White American people. It feels as if only my genetic breakdown would satisfy their curiosity about my lineage. They have tried to "other" me; I must be from an "other" place, surely not from the same America that they inhabit.

If it wasn't this, I was dealing with White people's fascination with my natural hair. My hair is versatile and I tend to change the style often. It's sometimes in an afro, sometimes in cornrows, sometimes in braids and, occasionally, tucked under a wig. Some people have felt at liberty to touch it.

Never during my international travels have I experienced either of these phenomena. There have been times while in Paris when the locals thought I was French and began talking to me, but reverted to English after my rudimentary attempts at conversation. But they, and others abroad, never pushed and prodded trying to ascertain my ancestry.

If ever asked, my saying I was an American, from Chicago (or Denver, New York, Los Angeles or wherever else I was living at the time of my travels) was enough to end the query. If anything, once I had said that I was born and raised in Joliet, Illinois, I'd get amusing questions based on the film The Blues Brothers. "Do you live next to the prison?" they'd ask, referring to the 1980 comedy. They most certainly never reached out to touch my hair.

As I've never had to deal with microaggressions abroad, my travels have allowed me the freedom to be, more so than simply existing day-to-day in America. Here, there is always some microaggression to contend with. I have taken pleasure in knowing that as soon as I touch down in any other country, that mostly disappears.

I love my country, but the experiences I've had during my international travels have helped me to navigate things at home. For starters, I'm better now at recognising and calling out microaggressions in the moment. There was a time when I'd just shrug it off, but now if someone oversteps, I make sure to stop it.

Trinette Faint in Palm Springs, US | Photo by @talltwrites

Last year I was wearing my hair in long braids, an obvious change to the shortish afro I'd had a few days before. I received a lot of compliments, but one woman took it too far. Excitedly, she reached out and grabbed them, asking too late if she could touch them while saying how cool they were. She stroked my hair as if I were the Black Barbie doll she'd never had. I firmly removed her hands and told her she could not touch my hair, as if I were admonishing a child who hadn't understood her mistake. She spent the next 10 minutes telling me how sorry she was while still staring at them, willing her arm to remain at her side.

Today, if someone asks me where I am from, I counter it by asking where they are from. This usually takes them by surprise. Whatever US city they answer, I ask again, only to get the same answer. And again. Eventually, they get the message and leave me alone.

International travel has always made me long for more adventures. I love being immersed in another culture, but the one thing I never thought these experiences would give me is better confidence at home. I have always been assured of myself and my abilities, but I mean the kind of confidence where I feel comfortable turning a microaggression on its head and into a teachable moment. The world has embraced me with open arms and has not demanded that I fulfil its need to know my historical lineage. With the confidence to step into a moment of aggression, I hope to halt ignorance in its tracks.