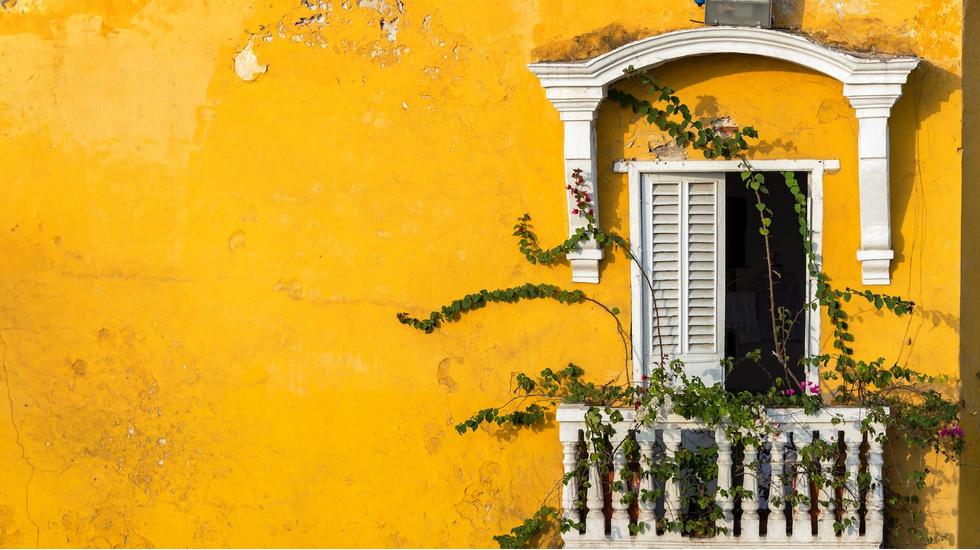 For For many years, the Colombian capital's official slogan was "Bogota, 2,600 metres closer to the stars". The motto, coined during Enrique Peñalosa's term in office, is a reminder of how far the city is from the sea and how thin the air is. So much so that locals have come up with a word for the lack of breath, dizziness, and headache that overwhelms unaccustomed visitors: "soroche". But fear not, there are many cures, such as a hot agua de panela (melted sugar cane with squeezed lemon) and plenty of sleep. If that fails, a shot of aguardiente, a local aniseed-flavoured spirit made from sugar cane, should do the trick.

The truth is that even if this is your first time in Bogota and soroche does strike you, chances are you won't feel it. There's so much to see and do that a headache is soon forgotten. With over seven million inhabitants, Bogota is its own universe made up of microcosms that live almost independently from one another; each neighbourhood is so unique that you might find that if it's pouring down in the leafy upscale district of Usaquén there's a chance that in La Candelaria, the well-preserved colonial centre, people are walking around in shorts, soaking up the sun and enjoying the summery weather. Keep that in mind while packing; Bogotá's unexpected weather will have you walking around in flip-flops and a rain jacket.

At last, Bogotá has become a cosmopolitan destination as vibrant as Buenos Aires or São Paulo. Yet what makes this city stand out is its variety of contemporary accommodation options and burgeoning coffee, cocktail and culinary scenes. Behind it all is a new generation of young creatives who once left the country for safer metropolises but have returned, brimming with energy and ideas, ready to give their city a makeover. If you want to be a part of Bogota's continued transformation, now is the time to go.

The first design hotel to come to the capital, B.O.G is in the heart of Bogotá’s commercial district, walking distance to the Andino, Atlantis and Retiro shopping malls and just across from the El Virrey Park. After a long day of shopping, don’t forget to soak in the year-round heated rooftop pool.

Sleep right next to Bogotá’s opera house in the city’s regal centre. Set in a centuries-old house surrounded by university and government colonial buildings, the Hotel de la Opera is the best place to sleep in La Candelaria.

One of the city’s newer hotels, Click Clack marries art, high design and architecture to create an innovative, urban setting. Located in el Chico neighbourhood and steps away from el Parque de la 93, there’s plenty around to keep you busy. Be sure to grab a burger at the hotel’s bar on the 10th floor – panoramic view included.

Casa Medina is a colonial-style boutique hotel nestled in the Zona G, one of Bogotá’s gourmet quarters. Elegant and calm, it’s the holy grail if you’re looking to be steps away from some of the city’s best food and drinks.

This is the spot for those who are on a budget but still prioritise comfort and experience. Set in a colonial home in the historic Candelaria district, Masaya aims to provide the comfort equivalent of a hotel, providing both private rooms and dorms. Plus, be at the heart of the cultural activities going on throughout the week, from cooking classes to salsa lessons.

Set in a historic home in Teusaquillo, with easy access to La Candelaria and Chapinero, Casa Cubil is a design hostel that provides astonishingly good value for money. The common areas feature rich mahogany woods, velvet textures and a warm fireplace, making for a cosy yet sophisticated home away from home. While private rooms are available, privacy and comfort is easily found in the shared rooms where individual pods come with draw-down shades and plush duvets.

A home away from home, Casa Legado is a great option for those who value substance as much as style. Located in Quinta Camacho, one of Bogota’s premium neighbourhoods, it’s an ideal balance of luxury and familiarity. Self-proclaimed as the “home hotel” Casa Legado comprises of seven rooms – interiors are bright, colourful and airy – and five communal areas designed with relaxation in mind. Service is family inspired, with each guest assigned a host on arrival. Providing more than your average concierge service, hosts are on hand to assist with grocery shopping for catered meals, create personalised itineraries and answer any other queries you might have. The hotel has an open kitchen mentality and for those looking to heighten their experience of true Colombian living, guests are invited to visit the owner, Helena’s countryside home, an hour outside Bogota, and spend a relaxing afternoon or evening at this rustic lodging for a small surcharge.

Aurora Hostel is tucked away on a discreet alley in Quinta Camacho, the culinary heart of Bogotá. The property provides all the conveniences of a hostel: affordable accommodation, free WiFi, bike rentals and laundry service, but in a chic, bright setting. With just two dorms, which include privacy curtains and lockers, and two private rooms, Aurora Hostel is the place for those seeking a relaxed and quiet stay that doesn’t break the bank.

Nestled on a quiet street in the hills of Chapinero, this unsuspecting four-room boutique hotel serves as a venue for pop-ups, events and exhibitions showcasing emerging Colombian artists. It’s also home to one of the city’s few upscale vegan restaurants. Casa Lelyte’s coastal-meets-cosmopolitan vibe provides the ideal atmosphere to mingle with local creatives, while those keen to explore are just around the corner from some of the city’s best dining and nightlife.

This 17-storey design hotel, with its glittering gold decor, glamourous weekend parties and wildly indulgent Sunday brunch, is the place to be seen – preferably with an imaginative cocktail in hand. Plan your stay for the weekend to wine and dine among locals and take advantage of the hotel’s convenient location across from the Usaquen Flea Market which takes place every Sunday. For those seeking rejuvenation, Market Kitchen hosts a “Refuel” lunch buffet during the week and the AWAY Spa offers exclusive services including essential oil therapy and “yogassage”, a thirty-minute yoga class followed by a detoxing massage.