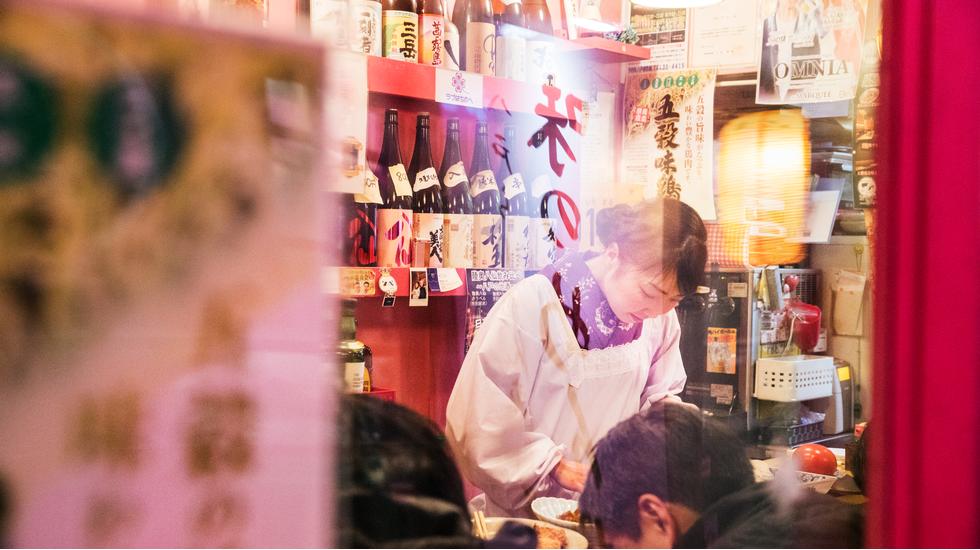 Occupying a refurbished storehouse, this rustic café – think wine barrels repurposed as coffee tables and low, wooden beams – serves sweet treats, sandwiches and coffee with a charred twist. Nanbu Doki’s owners use branches trimmed from local fruit trees – cherry, apple and grapevines – to make wood chips. They then use the chips to infuse smoke into delectables such as nuts, chocolate and coffee. Its showstopper? An egg sandwich filled with smoked mayonnaise. It flies off the counter every lunchtime.

A village, food market and bar-crawl hybrid, this yokocho (side street) comes alive at 6pm each evening as locals and travellers swap tales and share plates of sashimi, kushiyaki skewers, piled-high hotpots and oden stew bowls accompanied by local sake. There are more than 20 different stalls here, each specialising in a particular Hachinohe cuisine. Most revellers hop between them, sampling different delicacies as they go. Whether it’s the sake or the shoulder-to-shoulder seating – each stall sits no more than 10 people – there’s something about this place that makes it conducive to forging global connections here.

Sake is as synonymous with Japan as soba and ramen. No trip to Hachinohe is complete without touring one of its craft breweries. Head to Hachinohe Shuzo, a long-established brewery with a legacy stretching back to 1775. Sample Mutsu Otokoyama, the sake of choice for the surrounding fishing villages, and Mutsu Hassen, a sweeter option. Next, visit Momokawa, named after the river that flows next to it. Our tipple here is the Sugidama Junmai Ginjo sake which earns its moniker from the balls of dried cedar leaves that are often found hanging outside of breweries. It’s dry, fruity and a good starter sake for newbies. If you’re heading to Gonohe, make tracks to the Joku Brewery. It’s part of the Hachinohe Shuzo family and maintains the same Nanbu brewing traditions. Its sake season is centred around the harsh winters here, so expect a taste that’s equally as crisp.