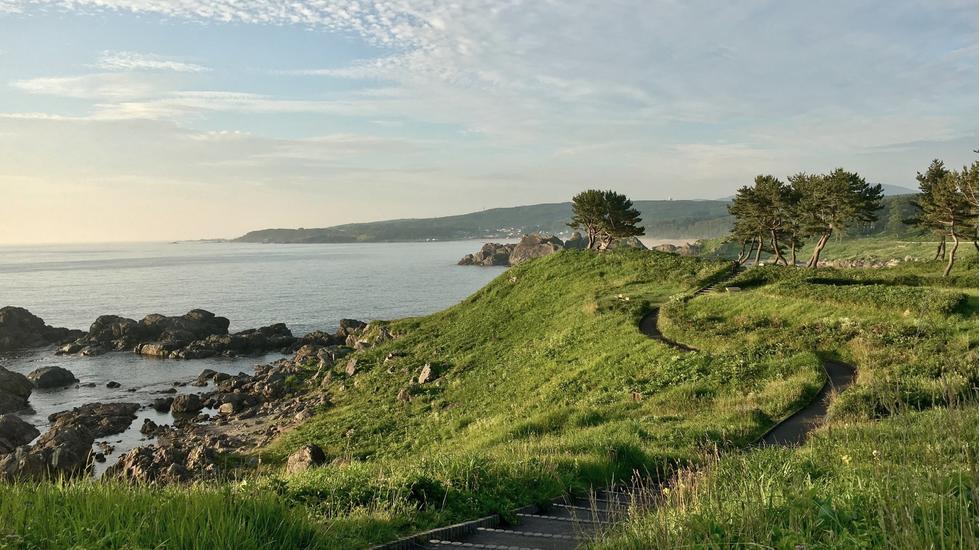 Tucked into the northeastern Aomori Prefecture, well off the typical tourist trail, Hachinohe knits together a lively port city, thriving agricultural towns and the kind of pioneering villages where green tourism is blossoming. It punches well above weight in the culinary and cultural stakes. Once a base of the ancient Nanbu clan, which ruled for more than 700 years until the mid-19th century, the area continues to use techniques that originally brought prosperity to the area. These are trades passed down through generations.

Easily reachable in under three hours via bullet train from Tokyo, Hachinohe is a sweet spot that'll immerse you in Japanese culture. We've consulted locals, trodden coastal trails, scoffed our way through markets and quaffed a (questionable) amount of craft sake to bring you the best places to stay and play in Hachinohe.

For more information and to get planning, visit visithachinohe.com.

A cluster of bunting-lined tents overlooking the lush coastline await at this well-equipped glamping site in Sanriku Fukkō National Park. Unfurl tent doors to be greeted with swathes of wildflower fields and miles of uninterrupted shores. Days are best spent following the 5km walking trail that loops around the grounds or booking onto the morning yoga class, followed by evening bonfires and barbecues laden with locally sourced ingredients under starlit skies. The best bit? Your tent is pre-pitched ahead of your arrival.

We’re making tracks to this traditional ryokan mainly for its food. Kuraishi beef, an award-winning type of wagyu reared in the area and Shamorock chicken, a breed of poultry commonly referred to as “chicken fit for an emperor” thanks to its complex flavour, are both menu staples. Best paired with Kikukoma sake, Gonohe’s local brand. Before you bed down, take advantage of the restorative hot springs.

Pioneers in community tourism, the small countryside town of Nanbu is known across Japan for its fruit farming and agriculture. Locals have worked hard to help guests immerse themselves in everyday life here by opening farms and homes to travellers. Roll up your sleeves and tend to livestock, harvest fruit or forage through the countryside for ingredients to whip up a home-cooked meal.