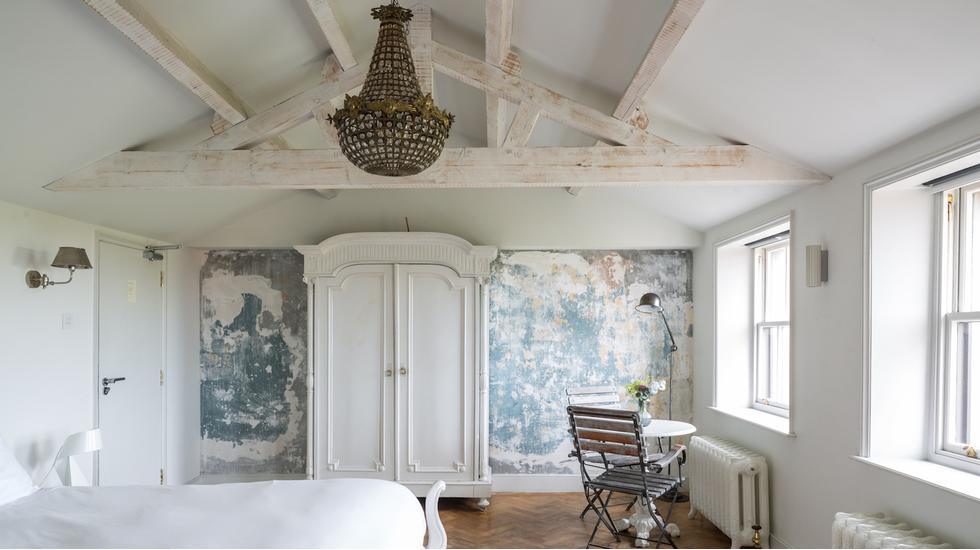 Boutique hotel expert Juliet Kinsman reckons being a considerate traveller is as good for your mood as having a steamy holiday romance. Here, the founder of Bouteco highlights the heroes and shows you how to make the world a better place through your travels.

The concept of an "eco-hotel" is nothing new - but rickety shacks with compostable toilets and no hot water won't cut it if you crave joy-inducing comfort and design. Since "sustainable" means preserving resources for future generations, pay it forward by choosing a hotel with a big heart and which is kind and considerate to its community. The best part - it'll make you feel as good as a passionate fling does.

Why? Kissing kick-starts the neurotransmitter in the brain that is linked with pleasure to release dopamine, making you feel happy and rewarded. The same science can be applied to doing good while we're away - it's not just sex, drugs and rock 'n' roll which elicits those happy hormones. Stay in a place with a conscience and, bingo, you'll have an unforgettable holiday packaged up with feel-good therapy, as well as a sense of social and environmental purpose.

Wilbert Das, ex-Creative Director of Diesel, is compensating for two decades in fast fashion by ensuring his Brazilian hotel UXUA lives in harmony with its Trancoso neighbours. The name means "beautiful" in the dying-out tongue of the Pataxó Indians. The designer repurposed a cluster of 16th-century fishermen's houses cheek by jowl with local families, and funded a Capoeira Academy. The restoration work used age-old artisanal methods, reclaimed materials and combines indigenous curios with iconoclastic creativity. As a guest, holidaying amid hand-crafted tasteful interiors and thought-provoking art is far more gratifying than being in a could-be-anywhere chain hotel. It's a reminder that we may have more meaningful memories if we sidestep that foreign-owned, all-inclusive resort and stay in an independent guesthouse, and eat and drink at more low-key local addresses our contribution might be more valuable. And chances are you'll get more authentic cuisine, seasonal ingredients and homegrown produce.

Hyperlocal recruitment is another halo earner when it comes to being an ethical establishment. Good Hotel, a repurposed Dutch prison moored at Royal Victoria Docks, provides work for the long-term unemployed of East London through hip hospitality. It's surprising how many establishments which serve a high-spending clientele don't prioritise paying decent wages. The Reading Rooms in Margate may only be a three-room boutique B&B, but its proprietor is a stickler for an ethical payroll and they pride themselves on being a UK Living Wage employer. In Morocco, Kasbah du Toubkal was set up by brothers Chris and Mike McHugo to be run entirely by local Berber people.

Low-flow showers have rarely boosted a hotel's sex appeal - but saving water is now an aphrodisiac. A tour of the biogas, sewage and rainwater-harvesting systems at Marari Beach Resort in Kerala is as fascinating as their nature walks. At Alila Uluwatu in Bali, ogle award-winning architecture and staggering sea horizons, then nerd out over a back-of-house filtration and bottling system which allows them to be plastic free. For those going green, energy efficiency is a turn-on - Chile's Tierra Atacama is South America's first 100% solar-powered hotel.

Harmonising luxury hospitality with social and environmental stewardship under the guiding principle of "intelligent luxury", eco-luxe resort brand Soneva was the creation of Sonu Shivdasani and his wife, Eva. Their first hotel was on the deserted Maldivian island of Kunfunadhoo: Soneva Fushi was a pioneer in a barefoot, indulgent yet ethical approach to luxury hospitality, with sustainability guiding the brand's philosophy from the outset. Since establishing Six Senses Resorts and Spas (they sold the group of hotels in 2012), Sonu has gone on to dedicate his time to tackling global social and environmental challenges through the Soneva Foundation. Knowing that your room rate supports long-term initiatives makes time away all the more life affirming. Feeling the soft white sand of Soneva's five-star Indian Ocean retreats under your feet is all the more appealing when you know they're supporting various charities. This includes thousands of people in Myanmar receiving clean-burning stoves, saving the atmosphere from tons of carbon dioxide and enabling safer cooking practices for many families.

Really, to be truly sustainable, we should skip air miles and staycation. Why not head to the Isle of Wight for one of Vintage Vacations' new architect-designed, eco-friendly Tiny Homes? The campus has a studio which hosts a punchy programme of talks and workshops from yoga to bread-making and clothing up-cycling. The important thing to remember is that it can be okay to leave a footprint - as long as it's a positive one.