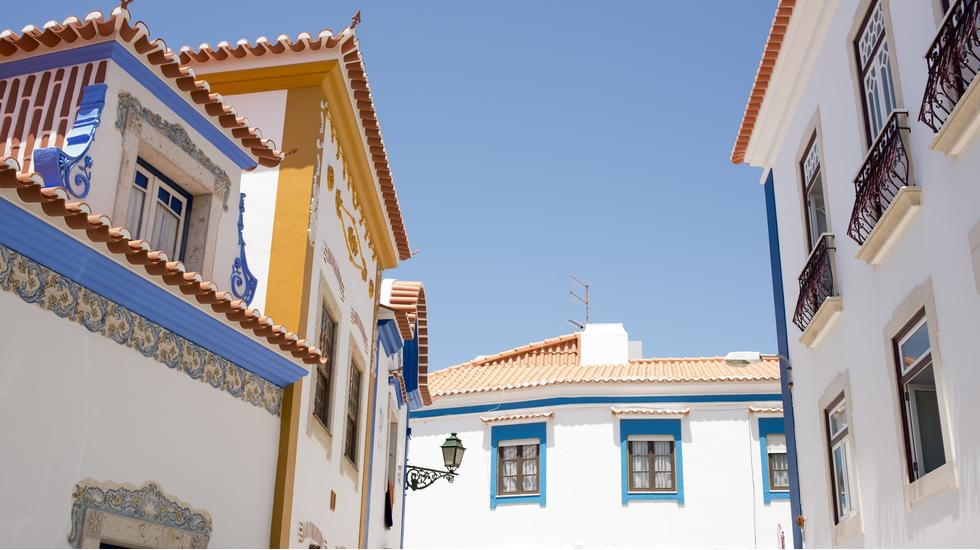 Resting Resting on the edge of the Atlantic, this old-world fishing village is the unassuming jewel in the crown of Portugal's modern surfing scene. Often compared to Baja California and Australia's Gold Coast, Ericeira's string of sandy beaches are among the world's finest, whether you're riding the waves, sunbathing or tucking into salty-fresh seafood. Ice-cold Corona to wash it down, naturally.

Lisboetas have been holidaying here since the 1800s, and its natural harbour was, for much of the 19th-century, one of Portugal's biggest exporters of wine and spirits. That has since petered out, but in recent times it's the beach breaks, spitting tubes and surf culture that have put Ericeira on the traveller's map.

The vibe is community-driven and go-with-the-flow but there's also a contemporary, creative attitude that rides against the tide of too-touristy beach breaks. Think fishermen's cottages beside beach bars selling Bali-style smoothie bowls. Mornings for rooftop yoga, single-origin coffee and remote working; afternoons for lazing on the beach or bathing in the sea like a local. Dance in Portugal's oldest nightclub, or tuck into travel-inspired street food.

From here, pick up hiking and mountain-biking trails that ribbon between forest and coast, or dive into the cultural melting pot of nearby towns such as Sintra, Mafra and Estoril. Lisbon too, of course. That's the beauty of good-life Ericeira, where you get back to untamed nature and drink in modern bohemia. #ThisIsLiving - we'll raise a beer to that.

Ride a new wave of accommodation with Laneez Ericeira. In this clifftop bolthole, owners and surfers Mark Durbano and Miguel Ruivo pair beach-house vibes with coastal experiences. Think: surf school, outrigger rides and rooftop yoga overlooking the Praia do Sul. Wake to the soundtrack of swell, spend salty-haired days on the water, and wind down clinking bottles of cool Corona. From the balconies of the seven-bedroom Surf House, it’s only the sea between you and the horizon. Inside it’s all whitewashed wood, sandy tones and crisp cotton, as well as a Pinterest-worthy communal area designed for making plans over breakfast, remote working and sunset sessions with fellow guests. Group getaway? Check into a Surf Villa or Laneez Cottage instead.
+351 968 555 744 Go to website
Book Now

You and the Sea

There’s a certain flow of energy between land and life on the water at this hotel near the popular Praia do Sul. Its 35 apartments – including studios and four-beds designed for friends and family – toe the line between beach chic and urban suave. But it’s in the communal areas that You and the Sea really shines. Between days fishing, surfing, throwing asanas and embarking on nature tours (all part of the hotel’s guided experiences), take time out for a deep-tissue massage in the spa and regional flavours at Jangada restaurant, sibling to Lisbon’s Infame. Need to put in office hours? Special packages are geared towards digital nomads. A spin on a complimentary bicycle is a good reward for clearing the inbox.

This recently renovated 80s guesthouse is a great self-catering option for that like-a-local experience without sacrificing the luxuries of a boutique hotel. Think Portuguese tiles and wooden window frames, but also mid-century silhouettes, king-size beds, rainfall showers and a modern kitchen for cooking your catch from the local fish market. You’ve got private parking, a garden and your own swimming pool within a 10-minute walk from downtown Ericeira. But also breakfast served when you want it and a roster of activities that immerse you in the area: surf lessons, brunch-and-yoga sessions and wine tours via mountain bike.