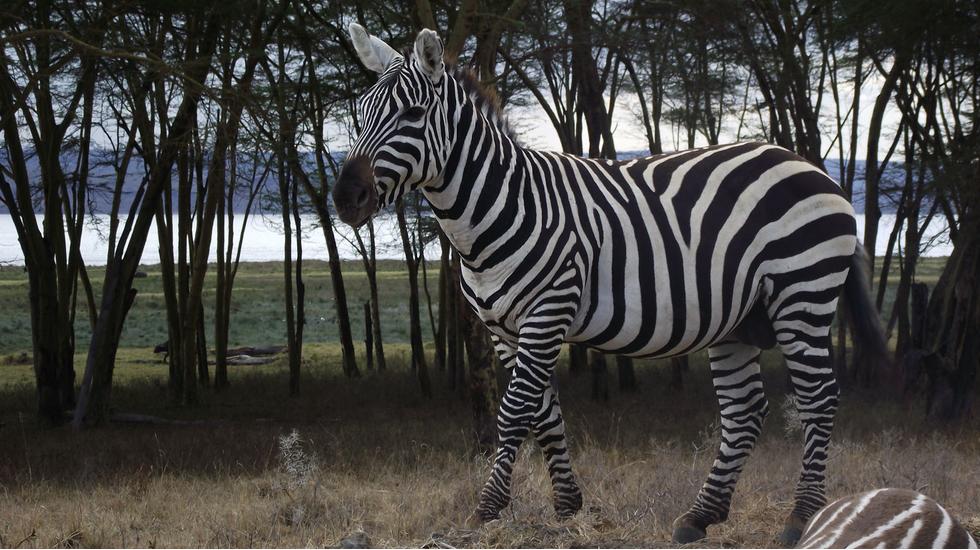 I'd I'd never been entirely certain about "going on safari". I'd always had reservations about the impact of tourism on both the wildlife and the native way of life - and I was apprehensive of a trip that relied so heavily on my patience. But a few days on a tiger safari in India had piqued my curiosity and soon my first African safari beckoned. It took just a week in Kenya for my hesitations to evaporate - in fact my complete change of heart was down to one person.

When we met, I couldn't picture him in the bush - in his skinny jeans and designer trainers, our guide Joe looked every inch the Nairobi resident. He took us to a hip restaurant with East London-worthy interiors that serves delicious hamburgers and is popular with the expat crowd. He pointed out the best bars and told us about the various urban afflictions for young people living in the capital - namely gambling.

But I soon found out that Joe was from a small farming community on the rural and remote slopes of Mount Kenya and didn't visit a city, let alone Kenya's chaotic capital, until he was an adult. By our first night in the Mara, Joe was knee-deep in red mud with his trousers rolled up, heaving and shoving at our Land Cruiser. It had been steered into a ford and was stuck slipping and sliding. He lost his footing, slipped and fell, but still emerged smiling. We attempted numerous team pushes, but mud splattered everywhere and as the light started to fade we spotted a buffalo, one of east Africa's most unpredictable predators. These 700kg beasts are not to be messed with, so we piled back into the Land Cruiser, leaving Joe and our driver Joseph to continue their noisy display right in the line of fire. Eventually Joe built a makeshift ramp using nearby branches and got us out just before a thunderstorm cracked across the sky. He navigated us safely back to the lodge over streams and plains that all looked identical to me in the starlight. He was every inch the bushman.

G Adventures call its guides CEOs - Chief Experience Officers - and despite my initial cynicism about the slightly Disney job title, Joe fulfilled his role to the letter. In the Masai Mara he showed us a cheetah called Malaika with her two cubs. And we watched as she tracked a herd of Thomson's gazelle, and encouraged her young to stalk through the grass. He took us to the shallows of a meandering river where hippos and their babies wallowed and puffed boisterously, and told me that they could stay underwater for five minutes at a time. In Nakuru National Park, we got just a few metres away from a black-horned rhino with its baby. One afternoon we crested the brow of a hill to find a male lion lolling about in the shade, flanked by two sleeping females. His huge paws splayed out in front of him and majestic golden mane rippled in the wind - it was as if we'd jumped straight into the Lion King.

The Disney spell was soon broken when one of the females awoke and started roaring and biting at his neck. I thought they might fight but it turned out to be flirting - she nuzzled and licked him and soon they were mating, while he bellowed out a deafening roar. "They only mate for nine seconds, but they do it every 15 minutes when they're on heat", Joe told us. Sure enough, the female lions proceeded to take turns entertaining Simba a few more times before we drove off.

Joe had facts for every creature, big or small - "we call warthogs pumba, which is Swahili for dumbass, because they have short memories". (Disney's casting was making more and more sense…). Yes, there was a bit of that irksome patience required, but every day he'd unlock the landscape with new information. He and Joseph even had a secret code in Swahili so that they could tell each other when they might have spotted one of the Big Five, without getting us too excited. This group is so-called because it was traditionally the hardest for game hunters to catch - and the name has stuck. Finding a lion, elephant, buffalo or even rhino is not impossible, spotting a leopard is no mean feat.

So when Joe found us a leopard out in the open, I could see from his excitement that this was rare. Usually known for their shy behaviour, this cat had just gorged on a jackal, which had clearly made her cocky as she was slinking along just metres away, totally nonplussed. She took up a spot on a little grassy knoll right in front of us, ready for her photo call, and looked straight at me.

On our last night we were introduced to Rono Lagat, the Deputy Warden of Amboseli national park, a very eloquent elephant expert from the Kenya Wildlife Service. He told us about all the things that threatened the elephant populations, like the shrinking glaciers of Mt Kilimanjaro. Africa's highest mountain towers over the park and provides its water supply, but the diminishing ice is compromising the 200l that an elephant drinks daily. But more than climate change - which he saw as force beyond his reckoning - he was passionate about tourism, which provides 10 per cent of the nation's GDP. "Tourism is about wildlife in Kenya - I'm sure you'd rather see an elephant than my face".

That day, we'd watched dozens of elephants yomping home at sunset, as Kilimanjaro watched down from a perfect blue sky. The territory these wanderers need is almost 25 times that of the park so it is unfenced to let them roam. To us they were charming, magical - and particularly the wobbly newborn being nudged on by a nervous mother - totally divine. But as Ron explained, it was hard to preach harmony to the neighbouring villagers whose crops are trampelled twice daily by migrating elephants on their 10km commute. The resulting retaliatory attacks are thankfully now a thing of the past and with the help of the KWS, the locals have reached an understanding with the elephants.

But elsewhere in Kenya this inevitable antagonism between man and beast is still a big problem, as is poaching. I thought about Enkesha, a baby elephant I'd seen at the David Sheldrick Wildlife Trust orphanage outside Nairobi on my first day in Kenya. She had been trapped in a poacher's snare with the wires caught round the trunk. Her panicking mother had clearly tried to drag her out, making the snare tighten, and she'd been forced to abandon her baby. When the rangers found her, she had a vicious wedge cut out of her trunk.

With elephant tusks earning as much as $2,100 per kg in recent years - more than double the average Kenyan salary per year - it's easy to see how Enkesha ended up with a hole in her trunk. The majority of the wildlife does not live to tell the poaching tale - the last male northern white rhino on the planet lives in Kenya and is protected by armed guard because his two peers were both slaughtered for their horns in the past 18 months.

At the end of my trip, I thought back to something that my safari oracle Joe had said in the Mara (while sitting on a termite mound so strong it could apparently hold an elephant). He'd told me that he loved his job because it gave him adventure and opportunity and even the chance to travel. But above all, he was proud to be doing something good - giving back to both the people and wildlife of Kenya.