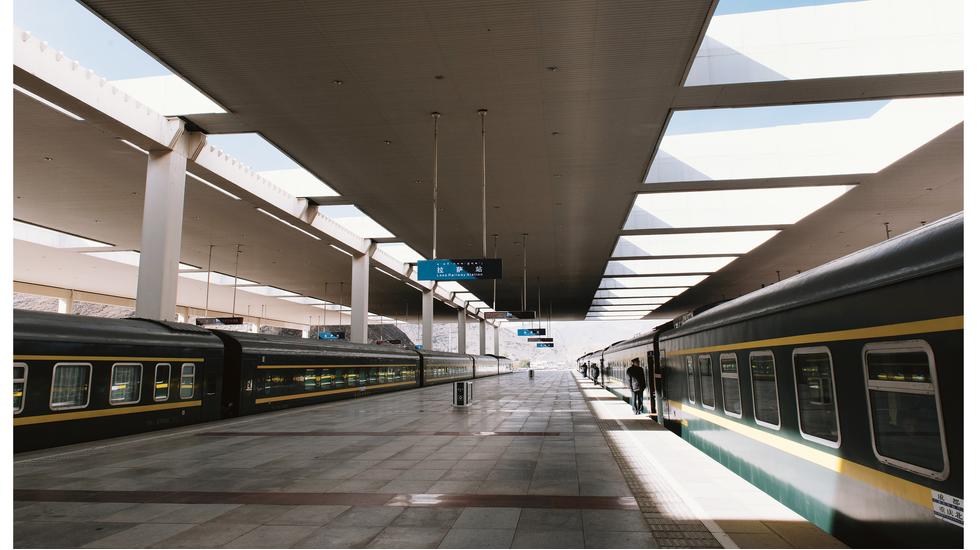 Pushing Pushing back the curtain, I shuffle to the foot of my berth and stare up at the dark Canadian skies, pricked with millions of white stars that wink and gleam overhead. It's almost 3am and the other passengers have long since nodded off, rocked into slumber by the sway of the train. But I can't sleep. Sated by merlot and bison steak, I breathe in the smell of fresh sheets and old dust, hearing nothing but the thump of wheels on steel. In the cloudless sky, shooting stars arc then vanish and my eyes flick around trying to capture every moment of this private show. Shadows from the Rockies loom by the tracks, falling onto the train as it thunders through British Columbia, its horn screaming into the silence. Presently a beam of harsh light sweeps through my compartment as we roll into a small town and I crawl back under the covers, asleep by the time we depart.

Three months earlier I had set off from London St Pancras on a quest: to travel around the world in 80 trains. According to economists and pessimists, the romance of the railways is dying a slow death. Whereas luxury trains like the Venice Simplon-Orient-Express and Peru's Belmond Hiram Bingham thrive on encapsulating old-time charm, regular passenger services are running out of steam: high-speed trains are dominating in Europe and Asia, sleeper services have ceased in Japan, and Amtrak's classic American routes are under threat of closure owing to financial losses. Yet I refuse to believe that this signals a demise in our inherent love of slow travel in favour of bullet trains and planes. Not everyone can afford fancy fares - and besides, nothing can beat the simple joy of riding rickety rails, sleeping on hard slats and sipping a cup of morning tea on the steps of a rusty carriage. 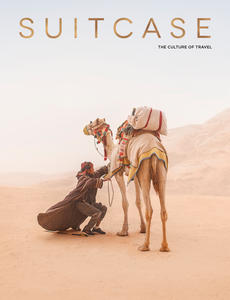 With that in mind, I shun the modern Rossiya service preferred by foreign tourists and spend nine days riding the domestic Trans-Mongolian from Moscow to Beijing, sitting with families who have no option but to travel in the heat and stickiness of a mobile dormitory that smells of sweat and beer. However, despite the cramped conditions and long hot nights they share their blinis and orange juice, playing Euro-trance at breakfast and offering packs of playing cards in exchange for a few souvenir second-class Christmas stamps. In America I spend a month on Amtrak riding the Southwest Chief, the Sunset Limited, the Maple Leaf and the Coast Starlight, their names alone conjuring up a golden era of travel. Communal dining cars, spontaneous singalongs and a mutual appreciation of book covers bring me into a family fold of shopkeepers, chefs, NGO workers, pedicab drivers, the Amish, retirees, runaways, railroaders, the terminally ill, musicians, truck drivers and teachers, each one leaving a tiny but definite mark. As the Empire Builder rumbles from Illinois through Wisconsin, Minnesota, North Dakota and Montana, a father of two boys teaches me about the local wildlife, pointing out the deer that seek refuge by the tracks where you're not allowed to hunt. Later that night I say grace with German Baptist Brethren, who wear bonnets, layered skirts and braces, before we share an Amtrak meal of roast chicken and salad, and discuss the benefits of electricity and pony traps. After dinner I pull out a damp duvet from a Walmart carrier bag, tug on an extra jumper and sleep upright in my seat, waking in sunlit Washington State with a smile on my face and a crick in my neck.

Overnight in Vietnam I ride the Reunification Express along the length of the country from Hanoi to Ho Chi Minh City, watching through rain-splattered windows as the train speeds past run-down houses lit by hurricane lamps and strung with children's laundry. Night trains indulge a special kind of voyeurism and I hunch in the darkness while the others sleep, spying on inner-city families winding down for the night - fathers washing dishes and mothers unpinning their hair. Soon the shops are shuttered, the lamps blown out and nothing but blackness meets my gaze. As the city falls away I let go of the curtain and crawl into my berth, the train thundering on through the night.

For all the charm of the grit and grind I love the jazzed-up journeys, too. In China I stretch out on soft mattresses and snuggle under duvets listening to families watching epic dramas on crystal-covered iPhones, chatting to students in English and slurping up hot ho fun ordered off a laminated menu. For three weeks I shoot around Japan on Shinkansen, delighting in the soft surge of departure, listening to the gentle bing-bong of prompt arrivals and unwrapping beautiful boxes of ekiben, bento boxes unique to railway stations, each one packed like a Christmas present. As one final indulgence I make my way back home to London on the Venice Simplon-Orient-Express, dressed in pink lace and pearls, sipping prosecco and watching black-tied couples nuzzle each other's necks at dinner. Rocking through Switzerland and listening to the clink of crystal and china, I feel like a finely dressed fraud: this isn't real rail travel but instead a figment of all our imaginations brought to life for one night. But it doesn't matter: sometimes we're allowed to act out our dreams.

When I left London I set out to discover what train travel means to people around the world and to determine once and for all if the naysayers are right to sound the death knell for long-distance slow travel. In more than 45,000 miles across Europe, Russia, Mongolia, China, Japan, Canada, the USA, North Korea, Tibet and Kazakhstan I discovered that it is anything but dead. It is alive and well, living on in the passengers who will always tell their stories to strangers, offer advice, share food and shuffle up in their seats. The romance of train travel can never die, any more than our interest in people can. To some trains will never be more than a convenience, but for others they are a symbol of strength, weapons of war and political tools. They provide salvation for the poor and a lifeline to commuters. They offer the chance to escape and homes for the lonely. Trains are a link to the past and a portal to the future. And to me? They will always be a window into the soul of a country.