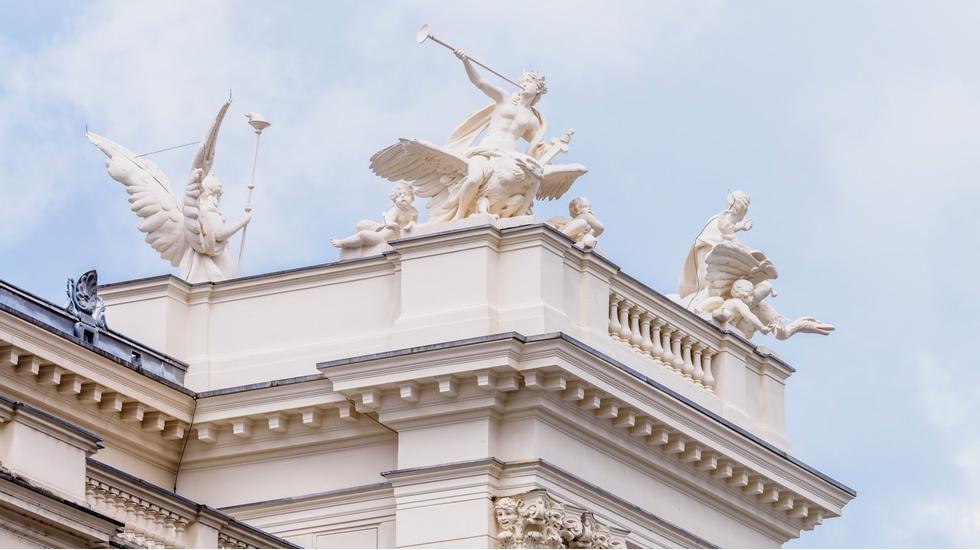 Beyond Beyond its status as a bankers' metropolis, Zurich offers modern living against a lakeside setting. As Switzerland's largest city, it serves as both a financial district and cultural hub. It is, in fact, relatively small with an old and new town boasting a variety of architecture, from traditional to design-led. As the birthplace of Dadaism and the former home of an exiled Lenin, Zurich hosts an array of unique history. With the mountains just an hour away, it's a perfect pit stop before your winter ski trip or a weekend getaway.

Being one of the wealthiest and most liveable cities of the 21st century might not sound like a particularly sexy accolade, but a younger generation have softened Zurich with a creative flourish, taking the city far beyond big banks and punctual trains.

Situated up a rather steep slope, it’s best to take a taxi to your destination if you’ve got lots of luggage. Otherwise take in the views of Zürich as you amble up to the modest Hotel St Josef. Located near Bahnhofstrasse shopping street, the main train station and opera house are all within easy walking distance. Wherever you choose to explore, be sure to fill up for the day’s excursions with a complimentary vegan-friendly breakfast buffet.

A stay at the Hotel Storchen will please any guests with a predilection for glamour. With 660 years history, the Storchen has welcomed visitors from Paracelsus to Wagner and witnessed the changing landscape of Zurich. Sitting right on the River Limmat, there are several dining spots to choose from, including a riverside terrace.

The devil is in the decadent detail at Hotel Glockenhof. Oak parquet flooring, larch-wood hangings and bathroom walls clad in valser quartzite bring undeniable opulence to this charming four-star hotel. Located just a stone’s throw away from the main shopping street, the Bahnofstrasse, there’s plenty to entertain beyond the perimeters of your abode. For those seeking sustenance, there are three on-site restaurants including the well-priced Conrad, which serves excellent Wiener Schnitzel.

Renovated by owner Leopold Weinberg in collaboration with architect Nele Dechmann the hotel “helvti” is both a practical and stylish. Located in the city centre with a view overlooking the River Sihl, this five-storey hotel is a popular meeting spots for creative types. Gallerist Stefan von Bartha has also curated the hotel’s art collection making for characterful surroundings.

After undergoing an extensive two-year renovation, the Marktgasse Hotel in Zurich’s old town is a sleek and minimalist 39-room boutique residence. Attracting a mix of stylish Swiss and international travellers, its central location makes Marktgasse the perfect launchpad for museum browsing and restaurant hopping.

This gorgeous, luxurious Old Town icon was lovingly constructed over the course of a decade by fabulous local architect Tilla Theus, who transformed nine medieval and protected Augustinian homes into an atmospheric, impeccable five-star hotel. If you can’t stretch to a stay, make sure you at least pop into the gorgeous Widder Bar for an expertly poured martini.

What could be better than an in-house “atelier” displaying local artwork, free bike hire and achingly chic retro paraphernalia? How about a steamy rooftop sauna with views that stretch right out over Zurich’s artful tangle of train networks?