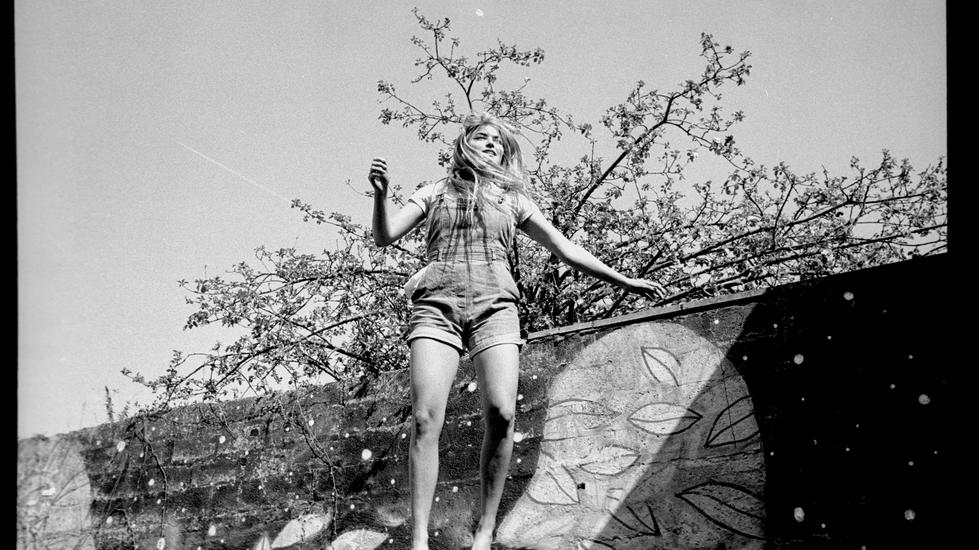 To To most people, it looks like nothing more than an urban dust bowl skirted in steel, but this 30m x 10m patch of wasteland on the edge of Harringay's warehouse district in north London is currently hot territory being fought over by 166 architects from across the globe.

The brief was simple: to design a pavilion, a new kind of public space inspired by the uniqueness of warehouse life. "We thought we'd have maybe 10, 15 or 20 applications," says James West, one of the project's organisers who plans to announce the winner in the coming days. As with so many creative initiatives that take root in Harringay's notorious warehouse district, "it was just intended to be some fun".

It was back in 2018 that he and his friends, Carolina and Joe, first came up with the idea of building Tottenham's answer to the Serpentine Pavilion, the big-bucks stalwart of London's social calendar where the world's most influential art doyennes hobnob each summer to a mellifluous soundtrack of tinkling champagne flutes.

James, Carolina and Joe's pavilion was never going to be quite as lustrous. They weren't interested in hosting a celebrity-spangled launch party, welcoming high-profile artists or generating media buzz. The pavilion of their dreams was one whose architecture represented the prismatic cast of characters that call Harringay Warehouse District home and could act as a public forum - "an alternative kind of public space" - where those in and around the warehouse district could come together.

So it was that in 2019, with one of those plasticky garden marquees, a pocketful of cash from the Greater London Authority and a handful of workshops devised by warehouse lodgers, the Tottenham Pavilion project first sprung to life. It was a success. Curious to meet the neighbours, a steady trickle of people living in the council-built megaliths that loom over the warehouses' rippling rooftops, came to take part in workshops on embroidery, creative writing, sculpture and a handful of other crafts. With appetites stoked for the real thing, James and co. quickly set about laying the groundwork for 2021.

"The workshops were done in a very warehouse-y way," says James, looking back. "We said 'spend the day playing together and see what happens'. It was very reflective of how so much happens in the warehouses. There's no agenda; it's just play."

Until recently, "just play" was the most common reason for visiting. For the most part of the 20th century, these warehouses were hives of industry that churned out pianos, high-end furniture, clothes, shoes, sweets, tableware, printing inks and all manner of electrical tidbits. When businesses started relocating from Harringay in the 80s, the husks they left behind turned out to be ideal canvases for thrill-seeking party animals to manifest their fantasies.

Ever since squatters first moved into the warehouses, illicit parties have proven a stealthy propaganda machine for the district; James himself was first lured there by a rollicking great bash in 2007. "We arrived in the dead of night," he recalls. "It was a great party, in a great space. I loved everything about it, but I left quite drunk and had no idea where it was. It stuck with me for about a year."

Unable to shake the memory of this creative enclave and its enchanting constituents, he started seeking a warehouse of his own. After asking around - "this was before Facebook ads and Gumtree listings," James is quick to add - he eventually picked up the keys to a scantily outfitted old textiles factory and quickly set about refashioning it.

"Early on we used telegraph poles to construct a three-tiered lounge for a party," he says, "and we liked it so much that we kept it as our lounge for about two years." This hodge-podge approach to home improvement is a common theme in the area's architecture, and the results provide a neat visual metaphor for the warehouses' own jumbled histories. "The area isn't top-down or bottom-up, it's a bit left and right at the same time in terms of how it's developed," says James.

For Becki Irving, a 29-year-old civil servant originally from Brighton, it was the community feel of this micro-civilisation, so rare to find in London, that first attracted her to Harringay when she moved four years ago. "I don't think I could have moved to London and not lived in the space that I'm in," she says, before painting a picture of her day-to-day life that could have been lifted from the battered diary of a blitz-era cockney.

"It's the type of place where you end up knowing your neighbours, you have a key to each other's houses, you share dinners together, things like that just from the off". A woman in the adjacent warehouse walks Becki's dog Dexter, neighbours stop by unprompted for chit-chats and, when she's not working, she keeps an eye on the warehouses' shared allotment where punky-haired beetroots and tufty carrots peer out from zingy planters cobbled together from discarded furniture. "It's really lovely," she says.

But is it all a little bit too lovely? Harringay is just a swerve off the A10, a road which starts in Shoreditch and winds up in Tottenham, ploughing through the delectably alternative playgrounds of Dalston and Stoke Newington en route. It's safe to say that gentrification has scored some hefty roadkill along this thoroughfare over the last decade or so, with local residents outpriced by young professionals and accusations of ethnic cleansing - a subject hot on everyone's lips as protests against systemic racism rage across the globe.

As the spores of gentrification have edged northwards, artisanal cafés and stone-baked pizza ovens have started cropping up in Harringay. "Just play" was enough of a reason to visit a decade ago, but recently the area's cultural credentials have attracted luxury property developers determined to build glassy shelters in the sky for those who'd rather "just live". Local initiatives like the Tottenham Pavilion project raise awkward questions: where does artistic expression end and gentrification begin?

Photographer Thom Corbishley spent the last two years as a warehouse resident. His photography from that time presents the district's less palatable corners with a cinematic, almost pornographic, varnish. To him, plans to build an experimental new pavilion aren't proof of innovation but of history repeating itself.

"If one cares about preserving or maintaining the warehouse community, stuff like this will be the end of it," he says. "Warehouses along the canal near Shoreditch are now penthouse lofts for bankers while warehouses in Hackney were knocked down and turned into new privately-owned housing developments."

Given the district's fragile relationship with the council, Thom's concerns aren't without reason. The warehouses narrowly escaped the wrecking ball in 2013 when the council, hitherto unaware of the community living there, stumbled across the spaces and declared them unfit for habitation. After a protracted tussle with the council, they achieved legal status as live-work spaces in 2015 and the residents won their right to stay.

It was a triumph, but tensions still exist between a council under pressure to map out the area's future development and an ephemeral contingent of warehouse lodgers who prefer to take each day as it comes.

One of the district's biggest advocates is Shulem Askler, the landlord who owns a majority of the warehouses. He isn't a party-weary warehouse veteran or a placard-toting anti-capitalist, but a member of the Hasidic Jewish community in Stamford Hill. At first glance, it seems strange that a man with ultra-conservative values - from a community routinely called out in the press for its insularity - would take such an interest in preserving this cradle of alternative living, but his faith in community and family has kept the warehouses alive, says James.

"Whenever we do anything in the area, the first thing he asks me is 'how will this benefit those living in the warehouse community?' Everything comes back to how it will benefit the community first."

James doesn't mince his words: gentrification is inevitable. "The minute you move into an underground area that people don't really know about, you've started the process [of gentrification]. It's about controlling the curve of gentrification; you don't want it to end up too shiny. Things like improving access and coordinating bins and rubbish collection - these small nuances matter quite a lot to people's lives," he says frankly, "but what we're asking is how can you gentrify it in parts or gentrify bits you want while maintaining the character and voice?"

The pavilion project is bold, some might say delusional, in its ambition to side-step gentrification and the questions it raises are pertinent. Today, the plot remains an eyesore that cowers behind a tangle of wild ivy on this less-trodden corner of London. Depending on the outcome of the project, next year it'll be frothy with vegetable tops, piled high with thousands of disused umbrellas or sparse but stately like an ancient Greek agora from millenia past, all being well. But beyond this, who knows what the future will hold?

Will James's words - "it was just intended to be some fun" - fall silent among the glassy edifices of luxury developments? Will a cereal café have sprouted among the warehouse cracks? Or will the area remain unchanged, legally protected even as a site of cultural interest?

For now, as with most aspects of life during a time of coronavirus, escaping the present to a more hopeful future is just what the doctor ordered.