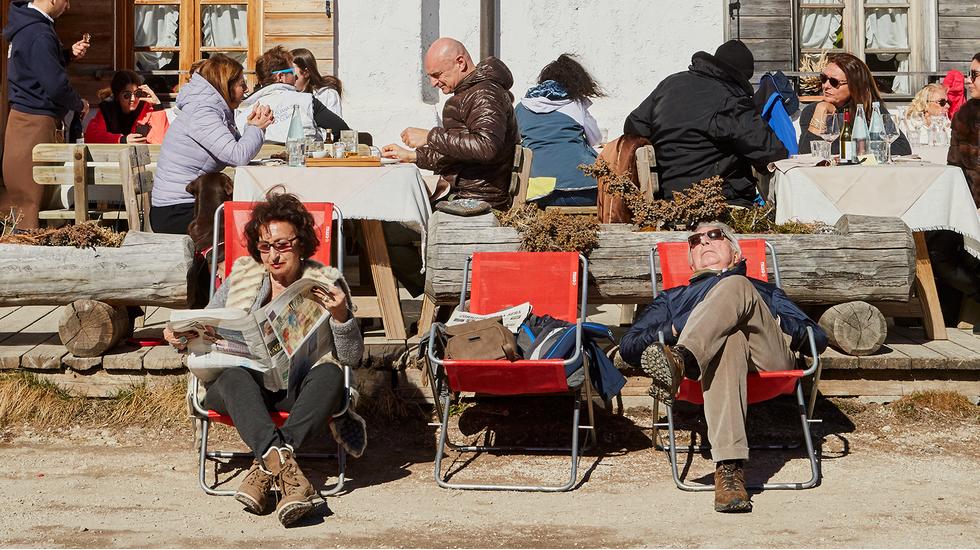 Photos by
Words and Christina Holmes

Thick Thick strings of melted cheese, mugs of steaming hot chocolate, icing-laced pastries; the typical après-ski diet is equally calorific and nostalgic. Its charm is located not in artful experimentation or cutting-edge culinary concepts, but rather in the comfort of recipes concocted in rustic chalets and mountain peaks and passed down from generation to generation. It's this particularly alpine food culture that the writer Meredith Erickson and I set out to document from 2017 to 2019, journeying from the picturesque pistes of Gstaad to the isolated villages of the Gastein Valley in search of characters and recipes that capture the retro romance of life lived at altitude.

The Alps are connected figuratively and literally, overlapping like a blanket covering the land. Despite their differences, the heavy weight of tradition is felt equally in each locale. Our odyssey traversed the peaks of Italy, Austria, Switzerland and France, winding from wine cellar to cheese cave, mountain hut to mountain top. Each place we visited became a snapshot flavoured by the stews, soups, pastas, schnitzels and breads that nourished our souls as much as our weary legs. 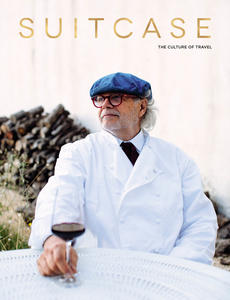 We devoured apple strudel at the Restaurant Klösterlein in the small village of Zug in Austria and warmed up with traditional bombardinos (brandy cocktails) in a wood-red chalet while the slanting snow outside filled our vision. Stopping off in Turin, a bar of chocolate at the chocolatier Cioccolato Peyrano proved unforgettable.

We drank from the curated cellars of high-alpine bottle selections at Ciasa Salares in Badia and walked the vines with small-batch natural winemakers such as Jean-Yves Peron in Conflans. In the Aosta Valley bordering Switzerland, we tucked into fontina ditalini as the sharply cut mountain edges danced in the whispering winds, while at the legendary restaurant Del Cambio we inhaled chef Matteo Baronetto's handmade Piedmontese agnolotti.

Wherever we went we experienced a respect for the soil and the animals that feed on it. The chefs we met were true purveyors of the land. At Les Cornettes restaurant in La Chapelle-d'Abondance, for example, chef Jérémy Trincaz uses cheese from a local maker in almost every dish, while father-and-son duo René and Maxime Meilleur whip up butter creamier than any we'd tasted at the Michelin-starred restaurant La Bouitte. Their commitment is another reminder that in the mountains, you don't just cook from the landscape, but instead swallow it whole.