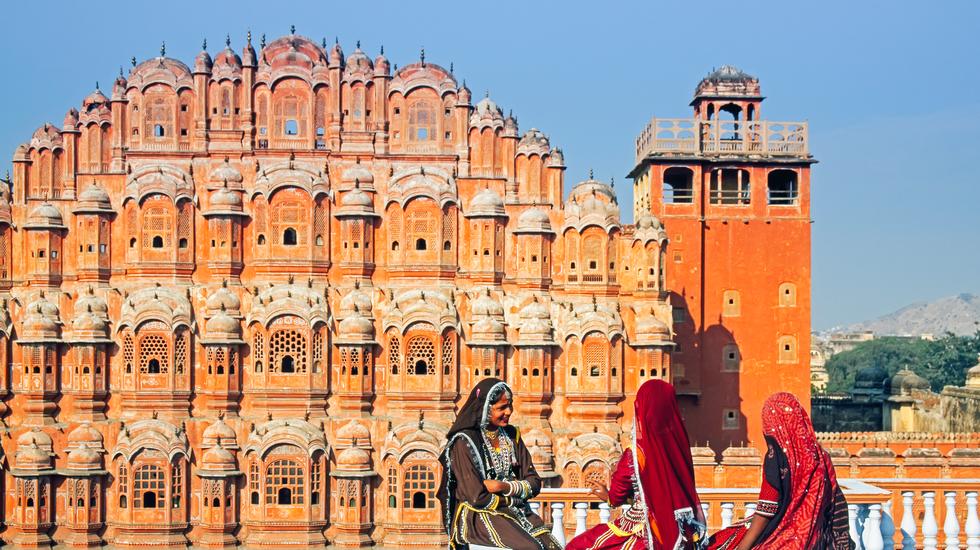 Something about this city draws people here, and moves them enough to return.

The capital and the largest city of the Indian state of Rajasthan, Jaipur has a charm like no other. "The Pink City", as it has long been nicknamed, is recognised for its rich history - this is a place where emperors, queens and maharajas once roamed the streets. Today, nods to the city's royal heritage can be found in its magnificent architecture. Take, for example, the astonishing Hawa Mahal, whose facade is so intricate it resembles a jigsaw puzzle - made even more perfect by its peach and blush sandstone hues.

It's not just the beauty of Jaipur that has long stolen the hearts of jet setters, though. Marrying grandeur with a palpable energy, the city has a thriving community spirit that can be found across every inch of its streets, from the bustling bazaars to the artisan boutiques and colourful markets. Jaipur dazzles at any time of the year.

While the city has a diary brimming with all kinds of festivals, it's the annual Holi celebration (festival of colours) that is truly special. Oozing eternal love and welcoming the arrival of spring, this is an event that showcases Jaipur in all its glory.

So, what are you waiting for? Book your flight today and prepare to discover a honeypot for the vibrant, the flamboyant and the carefree.

Jaipur Splendor by Mozez Singh and HH Maharaja Sawai Padmanabh Singh of Jaipur is published by Assouline and is available to purchase at assouline.com