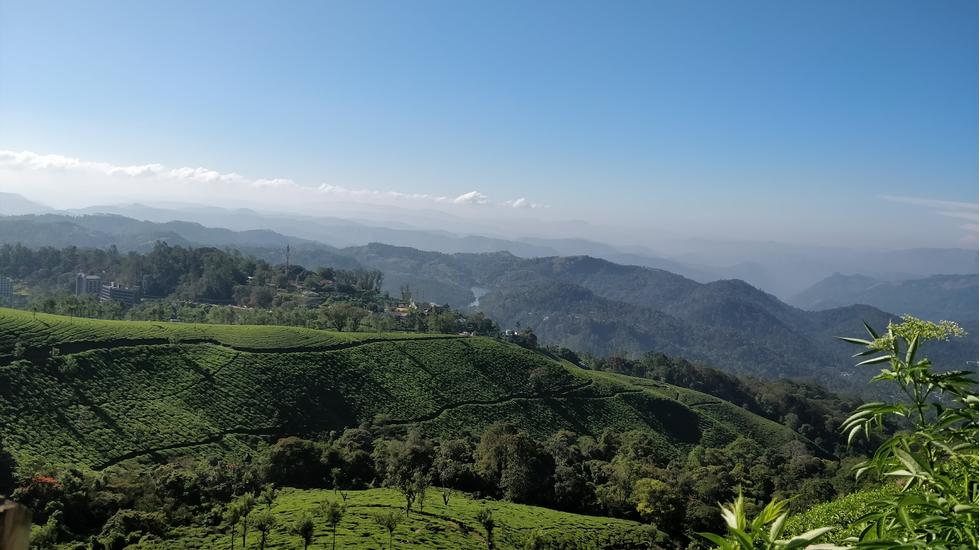 As As soon as you head south of Mumbai, India's landscape begins to change. Hindi railway signs give way to the elaborate curls of Telugu, Tamil and Malayalam. Ghee is replaced by coconut milk in curries, with lamb and mutton often swapped out for fresh seafood. Street-food vendors of dosas, fresh coconuts, and spicy chaat (savoury snacks) await, and life is palpably different. Inland, two monsoon seasons ensure luscious jungle areas and atmospheric backwaters. On the coast, though, the beaches and fishing villages are often far from pristine, the historic influences of the British, Portuguese and Chinese making for a fascinating cultural crossover.

South India covers the states of Tamil Nadu, Andhra Pradesh, Karnataka, Kerala, and Telangana - a vast land mass with five official languages and home to around 20 per cent of India's population. Apart from certain hotspots like Hampi and Fort Kochi, the region is far less visited than India's northern and central states, and really is a world of its own.

Every September, elaborate festivals for the submersion of Ganesha statues take place across Southern India. In this remote coastal village on India's west coast, Ganesh Chaturthi is taken especially seriously, with a multi-day festival involving boat trips along the Konkan coast. Part of the joy of Ganpatipule is the rickety sleeper train from Mumbai to Ratnagiri, which traverses valleys and canyons of lush tropical jungle. While you're here, visit the technicolour Sri Ganpatipule temple, home to a giant stone Ganesha carving that has mythical origins and is just a stone's throw from the beach.

Known as "The City of Palaces", Mysore is one of South India's most underrated metropolises - a fascinating stopover in the state of Karnataka. The star attraction is the vast and ornate Mysore Palace, designed by British architect Henry Irwin after the previous incarnation burnt down, and completed in 1912. The palace's grandeur puts even Versailles to shame, with marble domes and mirrored ballrooms galore, and is still lived in by the maharaja of the city. At night, the building is illuminated by 100,000 electric bulbs, making it visible from the Chamundi Hills, 13km east of the city. In Mysore's bustling bazaar district, you'll find some of the best street food in India, including dosas famed locally. At its heart, Devaraja Market is the place to browse mountains of colourful pigments, enamel pans, fabrics and spices.

For the past 4,000 years, Madurai's skyline has been dominated by the 14 colorful gopurams (gateway towers) of Meenakshi Temple. The Dravidian building is covered in colourful carvings of Hindu mythology, and draws pilgrims and tourists from around the world. Madurai itself, now a hub of Tamil culture and education, is one of the oldest continuously inhabited cities in the subcontinent. Its people were trading with ancient Rome before Chennai (Madras) was even conceived. Aside from stunning temples, highlights in Madurai include the Gandhi Memorial Museum and ninth-century Saint Mary's Cathedral. Graze on soft, fluffy idli (steamed rice buns) and fiery curries while exploring the city centre.

The fact that Auroville's entire ecosystem is kept alive by an international community does nothing to detract from the off-kilter wonder of this experimental township in deepest Tamil Nadu. Created in the 1960s, Auroville was designed as a modern and non-religious spiritual utopia, based on the teachings of 19th-century guru Sri Aurobindo. The commune and town centres around a giant golden dome, incongruous against the surrounding craft chocolatiers, wood-fired pizzerias and organic clothing brands. The township has its own digital currency, and visitors come to enjoy nearby surf beaches or a delicious acai bowl in Right Path café. Nearby Pondicherry is also well worth a visit, with French colonial architecture and crumbling seaside boulevards to soothe the soul.

Ooty is the most popular hill station in the area for a reason - the surrounding tea plantations and botanical gardens have been pulling in tourists since the days of the British Empire. If you're looking for a true off-grid adventure, however, take a traditional bus into the hills of Coorg, dubbed the "Scotland of India" thanks to its cool weather and regular drizzle. Less well known than Ooty and significantly less developed, the landscape here is filled with spice and coffee plantations, scenic waterfalls, mountains, lakes and trekking trails rich in wildlife.

Though Goa is not technically categorised as part of South India, this Portuguese-dominated port city in the state's southern tip is worth tying in to a trip. Remnants dating back to Vasco da Gama's 15th-century colonial campaign are still visible in the blue-and-white tiles, narrow cobbled streets and colourful villas. The palm-fringed beaches make a welcome change from Goa's hippy hangouts, and the city is known for its excellent seafood. While here, spend a fascinating day exploring nearby tropical spice farms, such as Sahakari, where cashews, cinnamon, peppercorns and myriad spices are used to flavour an organic lunch menu.

There's only one reason to be in Amritapuri: the vast and overwhelming holy ashram dedicated to the modern-day Hindu saint known simply as Amma, the "hugging mother". A living and breathing guru, Amma's hugs are said to work miracles - she's estimated to have hugged over 32 million people. The ashram has taken over a rural fishing village, and is an intriguing place to explore for a few days if you don't mind the basic conditions and often evangelical residents. Nearby, there's a long stretch of beach and various tropical backwaters to visit.

Home to India's little-known but burgeoning wine industry, this verdant region a couple of hours' north of Bangalore is a fascinating alternative to the backpacking trail. The vineyards are still in their infancy, but promising producers such as Grover Zampa are growing acclaimed Sauvignon varieties. The area was once the summer retreat of the British Raj, appreciated for its cooler and wetter climate brought on by the South Asian monsoon. Aside from wine, there are a smattering of boutique hotels and temples to enjoy.

The state capital of Kerala, this bustling city is often overlooked simply because it's so far south. In fact, British-colonial architecture rubs shoulders with modern developments, and there's a thriving modern art scene. Kovalam and Varkala beaches - two of the most pristine in India - are within easy reach, offering calm waters and Ayurvedic massage sanctuaries galore. In the city centre, a cluster of Victorian museums, ornate palaces and temples record the turbulent history of this seaside city.