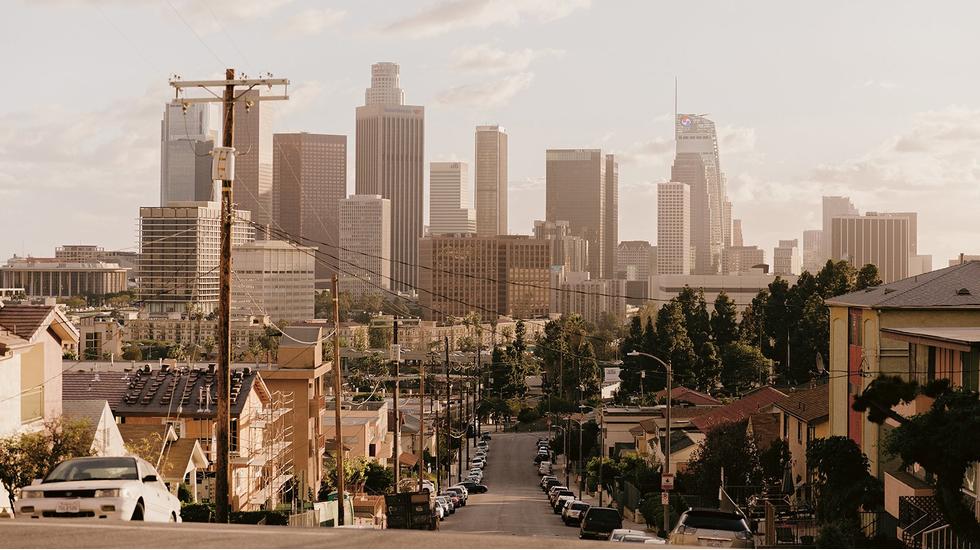 The How to Fail author and podcast host on how the city of Los Angeles taught her to love again.

This article appears in Volume 27: The Books Issue

If I were to pinpoint the moment I fell in love with Los Angeles, it would not be a picture-postcard memory. It would, in fact, be comparatively unexceptional: one of those seemingly mundane wrinkles in time that becomes memorable only in retrospect.

The moment I fell in love with LA was when I was driving in my beat-up red rental car. I was on Los Feliz Boulevard, a pumping artery of traffic lined on either side by tall trees. Above me, the sky was the blue of endless possibility. To my right were the parched brown hiking trails which wound their way up into the hills of Griffith Park. If you went one way, the trails would take you to the Hollywood sign, white block capitals sprouting improbably out of the landscape. If you took the other fork in the path, you would reach the glittering art-deco dome of the Griffith Observatory, studded into the horizon like a bright shell in the seabed.

If you carried on upwards, overtaking the off-duty celebrities in black Nike sneakers, the dog walkers and the bug-eyed runners sheathed in sweat, you would get to a point where the city was laid out like a sparkling carpet beneath you, receding into the distance where it met the stretching vastness of the ocean. You would breathe in deeply, as I had done many times before, and you would feel you'd "Made it, Ma! On top of the world!" (and, yes, it would feel absolutely appropriate that you were quoting a snatch of movie dialogue in a city that dreams its own legends in cinematic freeze-frame).

And yet, it was not in any of these beautiful places that I fell in love with Los Angeles. It was the road. It was Los Feliz Boulevard. It was the simple act of driving with the radio on and with the windows wound down, feeling the warm breeze in my hair and inhaling the unmistakable fragrance of the city: jasmine mixed with exhaust fumes mixed with dirty optimism. I had been in LA for six weeks. I had come to recuperate from the end of a marriage. I had arrived and my sense of self had been shrunken to a point of invisibility.

On that first morning, I had turned my face into the Californian sun. I had breathed a little more deeply. In the days that followed, I drank green juice and ate sushi and went to yoga and hiked and did all the things you are meant to do in Los Angeles. And slowly, I had begun to heal.

Then I found myself driving down Los Feliz Boulevard on that particular day, with my hands on the wheel. There was, in that moment, an absence of the sadness I had become so accustomed to. At first, I could not identify this unfamiliar feeling. It was only after a few more minutes had passed, and I had indicated right to slip into Sunset Boulevard with its palm trees and McDonald's signs, its billboard eyes and over-reaching traffic lights, that I realised what it was: I was happy. And the sky was blue.