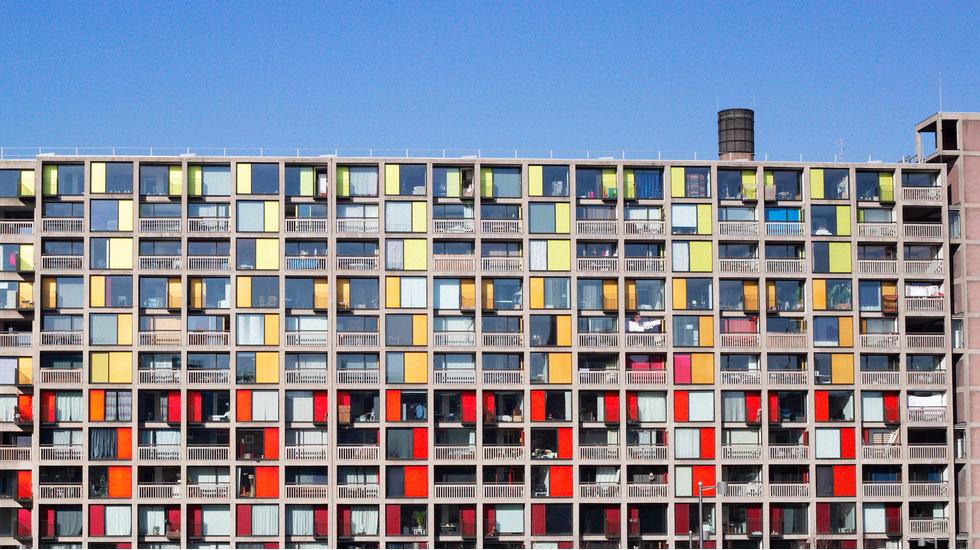 There There are some cities that thrive on their carefully cultivated reputations. New York is the world's first 24-hour capital; Paris is famous for romance; and London is a multicultural mash-up. But Sheffield? Unless you're from this particular city, it's unlikely you know much about its constitution. That's no accident; locals here are unflinchingly grounded and scathing at the first signs of pomposity or self congratulation - they treasure their city's incognito status. But what this modest veil masks is history bursting with cultural resonance spanning beyond five decades. Sheffield has a lot worth celebrating, but be wary the renegade who dares pop that champagne.

A compelling juxtaposition of post-industrial skyline against the lush green crests of the Peak District, Sheffield lies in the underbelly of South Yorkshire. It's home to more than 730,000 people. Many declare that much like Rome, the city was built on seven hills and, regardless of this statement's accuracy, what can be agreed is that they are all extremely steep. In the 19th century it was world-renowned for its steel production, which sparked exponential economic boom for the city and its residents, but after the Great Depression in the 1930s, the Second World War and subsequent recessions, a period of more troubling times followed. It's against this relatively bleak backdrop that its cultural foundations have flourished.

Creativity frequently rises from the ashes of austerity, but what makes Sheffield so unique is the pioneering role it's played across so many genres of the arts, and music is at the heart of that. Mainstream bands including The Human League, Pulp, Arctic Monkeys, and Moloko all have their roots in Sheffield, while venues such as The Leadmill have been pivotal in providing a platform for emerging and established live acts who have gone on to receive international acclaim. But it's perhaps the input into the canon of electronic music that's less well chronicled outside city lines, and here that a talented bunch of people really do excel.

In the late 1980s, rave culture had a vice-like grip on the UK, providing escapism from a country dogged by a gloomy socio-economic setting. Records imported from cities across the Atlantic stoked its popularity, and while places such as Detroit - to which Sheffield's industrial and musical heritage is often compared - are entrenched in the scene's history, Sheffield takes a backseat. That's despite it being the birthplace of bleep, a distinctly UK sound that became synonymous with unmodulated synths and throbbing sub-low bass lines.

It began in 1989 with a track called The Theme by Unique 3, which was released on the now legendary label, Warp Records. An overnight success, it marked the arrival of a new underground sound, one which went on to influence bands and producers such as LFO and Nightmares on Wax, and pave the way for myriad UK genres including breakbeat and jungle to dubstep and grime.

Of those, its most notorious offshoot is probably bassline. Popular in the early 2000s, it's characterised by a classic 4/4 rhythm, 140 bpm tempo and over-excitable crowds, which sadly made it a target for police keen to cut rising crime numbers in the city. Nevertheless, that didn't stop tracks such as T2's Heartbroken soaring up the charts and into people's living rooms. "Bassline was really a reflection of the moment," Sheffield-based DJ, Mr Dubz, tells me. "And it influenced a whole generation of kids." Its surging influence was cut short in 2005 when Niche, the nightclub irrevocably intertwined with the sound's explosion, was closed down following a police raid. Yet instead of fading to insignificance, bassline morphed into what's now considered bass house, a slower incarnation of its former self that's managed to dodge the gaze of the authorities and become enmeshed as the defining sound across multiple northern cities.

The fact that a variety of subcultures have allowed the space to blossom isn't exceptional but is certainly unusual, and in Sheffield there are many reasons for that. Cheap living and inspiring scenery no doubt play a part, but integral to the city's cultural identity is its collection of creative minds who invest time and effort into the arts scene and support of regional talent. "It's only a small music community, but they're all really passionate," expands Mr Dubz, whose first forays behind the decks came at the University of Sheffield's Foundry venue and the iconic Tuesday Club, but now gets frequent plays on both BBC Radio 1Xtra and Rinse FM. "I was lucky because I was able to go from imagining myself playing somewhere spectacular in my bedroom to playing a real live venue," he adds. "It was really gracious of the guys who gave me a step-up to allow me to do that."

This gregariousness is palpable across the arts, and for poet, artist and musician, Genevieve Carver, it was recognisable immediately after she made the cross-country leap from London to Sheffield. "I had a preconception that poetry was pretentious, but I found this scene and it was so welcoming," she says. "People were reading poems in the back room of a pub and it was just a normal thing to do, no one was declaring 'I'm a poet!' There's a lot more room for comedy here, it's less about taking yourself seriously." Being surrounded by a network of like-minded people - Sheffield has twice the national average of people employed in the creative industries - who encourage artistic tendencies also helps, and with initiatives such as Wordlife offering would-be performers a platform to feel their way, amateurs are encouraged to experiment. "There's a lot of space to play and find out what you're trying to say," she adds. "You really feel like you're part of something rather than lost in a big sea of people."

This stripped-back approach to performing and sharing art was a key driver for Sheffield's former Lord Mayor Magid Magid when he appointed hip-hop artist Otis Mensah as the city's first ever poet laureate in 2018. "He wanted to show what's different about the arts scene here," Otis says. "It was about breaking traditions and giving other voices the time to shine."

It's a path similar to the one Magid himself charted as the city's youngest and first ethnic-Somali and Green Party councillor to hold the role of Lord Mayor, and it was a move intended to help smash predefined stuffy stereotypes and traditions, which left unchallenged can contort into oppression. "There are lots of beautiful pockets of culture in this city; it's not just white indie bands that come from here," Otis affirms. "So this role was about taking up space."

The importance of championing diverse and underrepresented voices is mirrored at Theatre Deli, one of the city's most beloved fixtures, and that breeds a unique affinity among workers and locals. "I've never worked with such an amazing community of people," Producer Programmer Sara Hill explains. "It's so open and supportive, it feels like there's a complete lack of competition." Once housed within an old Woolworths building, Theatre Deli has made use of Sheffield's glut of industrial meanwhile spaces and is now a vital contributor to the city's diverse theatre complex - the largest outside of London. By involving local communities and attempting to remove the social stigma that surrounds art, the aim is to break down the barriers that prevent everyone from enjoying creativity. "In Sheffield, it's a small, grass-roots scene and that helps it be collaborative," she affirms. "There's very much an attitude that we're all in this together."

It's this cooperative approach and lack of pretentiousness that sets Sheffield apart from its fellow northern cities. "Being down to earth is highly prized here," Sara continues. "I think a lot of people quite like the fact that Sheffield remains under the radar." Indeed, there's a definite low-key pride in the city's cultural achievements, and while a reluctance to celebrate that publicly can prove detrimental (a study in 2018/ 2019 revealed that Arts Council England spent £49 per head in Manchester's cultural scene, compared to less than £10 for Sheffield), the potential for exhibitionism and the commercialism that could follow simply goes against the grain.

In a time when we're all being encouraged to think locally for the sake of the planet and are bombarded with homogenised images of how to lead our lives, Sheffield's inward-facing outlook and considered pace of life seems better placed than most to weather the storm and challenge the cultural status quo in the process. "We have more space and time here," Otis muses. "There's an opportunity to mull things over a little more." Form an orderly queue for this quietly extraordinary city, folks.