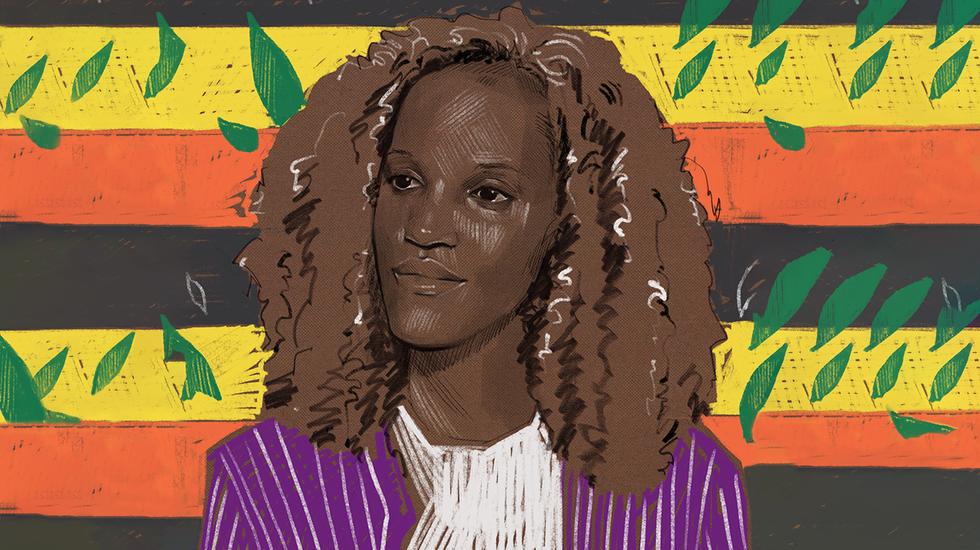 Meet two other African climate activists changing the planet for the better in the latest SUITCASE print issue, Volume 36: Discovery.

Meet Meet one of a new generation of forward-looking African eco-campaigners who are making it their mission to protect their threatened continent.

Uganda's Vanessa Nakate began her activism back in 2019, staging a solo climate protest at the gates of the Ugandan parliament. One of the young climate activists chosen to speak at the COP25 gathering in Spain, and one of 20 climate champions who penned a letter addressed to the participants of the World Economic Forum in Davos, calling on them to stop subsidising fossil fuels, she is a powerful reminder that we all have an effect on the future of our planet - and that positive change is possible if we act now.

"We can't solve a problem if we don't know that it exists," says 25-year-old Ugandan eco-activist Vanessa Nakate, a COP veteran who has made it her mission to bring Africa's environmental crisis to the world stage. "By leading climate action initiatives," she says, "I am helping bring them into the limelight."

Nakate grew up in the Ugandan capital, Kampala, which borders Lake Victoria. It is a city whose financial district - all glassy skyscrapers and buzzy international commerce - gives way to rolling hills dotted with red-roofed villas and ancient acacia trees. Prior to graduating from Makerere University Business School, Nakate started looking at the problems faced by Uganda, finding that in the north, communities were suffering with long dry spells; in the east, with landslides and floods. She concluded that climate change was the biggest threat facing humanity, and, also, that it was women who were bearing the brunt of its effects.

Interviewed in 2020 by Angelina Jolie for Time magazine, Nakate explained: "In my country, they never allowed girls to climb trees, mainly because it would take their dignity and values, as we were told. But then, during a flood, the fastest way to survive, if you cannot swim or if you cannot escape, is by climbing a tree until help comes."

If we don’t address the issue of racial justice, we won’t be able to get climate justice

Nakate was Uganda's first Fridays for Future activist, protesting for several months outside the gates of the Ugandan parliament, and went on to found the Rise up Climate movement, which aims to amplify the voices of African activists. She is also the driving force behind Save Congo Rainforest, a major campaign to protect the land from catastrophic deforestation.

Home to thousands of unique species, including elephants, chimpanzees and rhinos, and ecosystems including savannah, coastal, lowland and swamp forests, Congo holds around 8 per cent of the world's forest-based carbon. Nakate argues that the countries and corporations largely responsible for greenhouse emissions should compensate African countries for the loss and damage they are suffering.

Currently working on a project to install solar energy and stoves in Uganda's schools, she's also passionate about creating self-empowerment in a system blighted by a history of white saviourism.

"If we don't address the issue of racial justice, we won't be able to get climate justice," she says. "So, every climate activist should be advocating for racial justice because if your climate justice does not involve the most affected communities, then it is not justice at all."