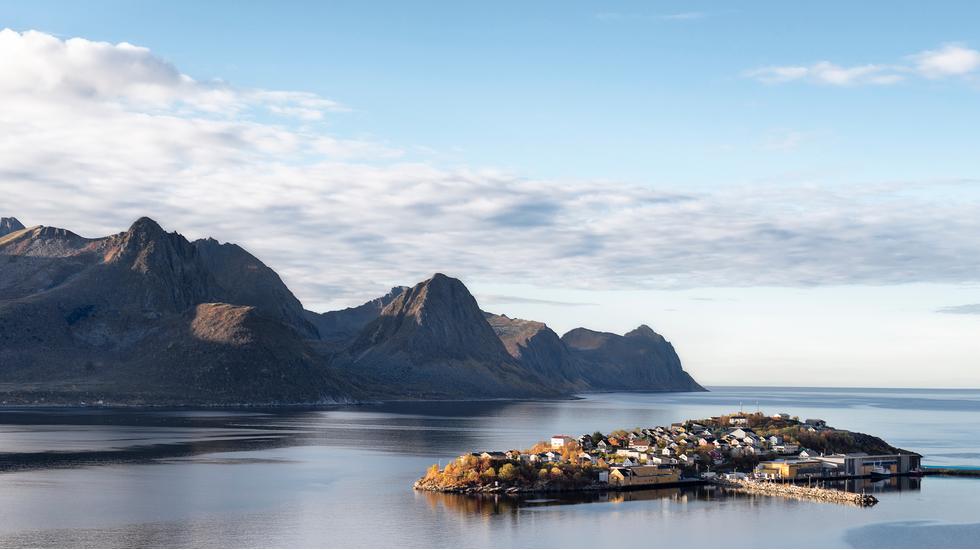 At the mouth of the gulf of Kvaerner in the northern Adriatic lies Losinj, one of Croatia's most enchanting islands that is often overlooked by blinkered tourists heading straight to Hvar, Split or Dubrovnik. Of the 1000 or so islets in the archipelago, this was the chosen holiday destination of the Austro-Hungarian emperor, Franz-Josef, who fell hard and fast for its Adriatic charms - think textbook beaches and Venetian-esque fishing villages. Aside from its undulating landscape and baroque architecture, Losinj is an island of vitality, teeming with herbs and aromatherapy treatments - each of the five hotels here are renowned for relaxation and restoration.

Finding a little-trodden patch of Greece is becoming tougher than ever as ferry companies continue to forge new, faster routes. Nevertheless, at the bottom of the Peloponnese peninsula lies Kythira, trickier to reach than other Ionian islands as it's located that bit further away (it's best to take a boat from Athens or Neapoli). With a history of Venetian occupation, the island's capital of Chora delights with bright architecture, while the abandoned town of Paleochora promises an eerie but picturesque day trip. Kythira's landscape is cut by gorges and valleys, with relics of its milling past. With a guide, head to the isolated beach of Kalami and explore the nearby cave of Agia Sofia and its chapel, as well as the white sands of Diakofti. It's also worth taking a boat and heading over to the rock of Hyrta which lays claim to being the birthplace of Aphrodite.

Denmark's Baltic gem, Bornholm lies south of Sweden and north of Poland, and is a nifty 30-minute flight from Copenhagen. On top of a balmy climate and the extraordinary light that has been praised by creatives for centuries, the islet has a stellar gastronomic scene thanks to a wealth of fresh produce, supplemented by bags of fresh air and plenty of "hygge" - needless to say, life is good here. Traditionally famed for its smoked fish, Bornholm is now considered one of Scandinavia's culinary hotspots, attracting a young, hip crowd as well as the attention of top Danish chefs such as Nicolai Norregaard who returned to his home island in 2007 to open two restaurants including Kadeau (sibling to Michelin-starred Copenhagen restaurant with the same name). The harvests are long and plentiful, with wild berries and herbs bearing a pleasantly salty tang from the sea. Bornholm is a summer mecca for most Danes, offering a nostalgic throwback to time spent on family holidays and school trips here. Hire bikes and explore the island's unique, time-warp culture with its Hammershus (iconic 21st-century churches), red-roofed fishing villages and dense beech forests with reassuringly poor phone signal.

With only a few million inhabitants and vast swathes of untouched land, the Norwegians are accustomed to peace and quiet. So when the summer crowds swarm in (particularly to Lofoten), the locals head to the relatively unknown island of Senja. The landscape here is breathtakingly beautiful and teeming with wildlife, from spot moose to eagles, seals and reindeer, while it's not uncommon to see the Northern Lights on an evening stroll. In winter, the Norwegians decamp to Senja for ski touring, fishing and tobogganing, rounding off a frosty day with drams of aquavit in a toasty cabin.

France's favourite holiday island, this UNESCO World Heritage Site is beginning to show up on the travel radar - much to the Parisians' chagrin. Found just off La Rochelle (they're linked by a bridge crossing the Atlantic), Île de Ré is a 30km-long strip of land with its own balmy microclimate, jam-packed with fishing villages, off-duty Parisians, pine forests and pristine beaches. It's their version of The Hamptons, if you will. The best way to explore is by bike - all villages are connected by cycle lanes - so do as the French do and flit between picturesque boutiques, boulangeries and cafés. La Flotte is the largest town, with markets, antiques and seafood (oysters are a speciality on the islet) galore. Alternatively, scale the fortified Saint-Martin-de Re for Atlantic views. The time to visit is early September when the crowds head back to Paris but the green shutters stay open, and restaurant reservations are a little less daunting.

A closely guarded Italian jewel, the archipelago of La Maddalena - scattered between Sardinia and Corsica in the Bonifacio Strait - comprises seven large islands and 15 tiny islets with some of the most exquisite beaches in Italy. This pretty little secret was only recently "discovered" as a holiday spot; the main island of La Maddalena was previously the location for a NATO naval base which has since closed. While Italian on paper, Maddaleni residents think of themselves as separate to both the Italians and Sardinians. Their history is one of smuggling, naval invasions, Giuseppe Garibaldi and mostly being "forgotten". The main town of La Maddalena is a sophisticated, cobbled wander with a string of cavernous restaurants and boutique shops to delve into, while the archipelago's greatest performers are old news to the yacht set - all except Maddalena and Capprera require a boat to reach their prized beaches. Head to Testa Di Polpo for huge rocks amid white sand and cerulean waters or Cala Coticcio, a small beach off the coast of Caprera nicknamed "Tahiti" for its tropical-esque lagoons and lentisk-covered rocks.

The Spanish are accustomed to sharing their coastline with tourists who have (in many cases) changed the face of beaches, towns and cities, often for the worse. Their hidden treasure? The Cies Islands off Spain's northwest coast near Galicia. The locals nickname these islets the "Galician Seychelles" while the Romans are said to have called them the "islands of the gods" - and it's not hard to see why, considering the aquamarine waters that caress near-empty empty beaches. Take a ferry from Vigo and explore the three islands of Monteagudo, O Faro and San Martino, via hikes through their dramatic scenery. The diving seabeds of the Fias Baixas here are second to none, while Rodas Beach is a sight to behold (we haven't seen water anything like it). The island of San Martino is also worth a look in - only reachable by boat, the crowds are kept at bay and this utopia intact.

Nine specks of prehistoric-looking land dotted in the Atlantic between Portugal and America make up the Azores, which have somehow stayed off many travellers' hit lists - apart from for the Portuguese. The islet of São Miguel is a particularly special, thanks to sperm whales frolicking along the coast and a volcanic crater forming the Lagoa do Fogo or "lake of fire", creating scenery somewhere between the Scottish Highlands and Lake Bled. São Miguel's location promises pine and eucalyptus forests filled with colourful birds and wildlife, as well as a warm climate year round. Head to the hot-spring town of Furnas from the capital of Ponta Delgada to soak in natural thermal baths following a bracing kayaking excursion.

Thousands of islands dot the Baltic and Aland (pronounced "awe-land") is an archipelago that sits in the middle. While this geopolitical anomaly is closer to Sweden than Finland and the inhabitants speak Swedish, they are Finnish passport holders. Either way, it's the chosen playground for Finns and Swedes alike, and their distinctive red summer houses line the shore like roadside wildflowers, illuminated by a soft light reminiscent of old film clips. For Scandinavians, summer is sacrosanct and to be inhaled, digested and stored in a bottle to get you through long, bleak winters. Head to the isolated island of Kökar from Lumperland to explore the ruins of a medieval Franciscan monastery, or to the island of Foglo with its pink hues and herring breakfasts. Do it the proper Scandi way and rent a wooden cabin enveloped in pine forest by the sea on the main island of Fasta Aland.