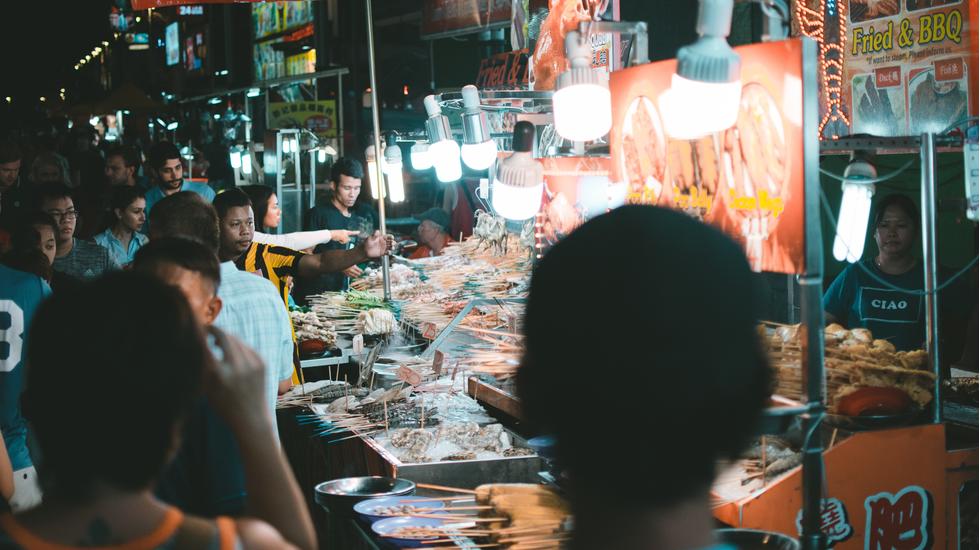 I'd like to preface this piece with a disclaimer. As a light-skinned person of colour, I acknowledge that I have numerous privileges many don't enjoy. This is my story; it is in no way a universal representation of those with different racial backgrounds or life experiences.

"You won't believe what happened!" I exclaimed, grinning from ear-to-ear as I stepped out of the tiny wooden store hidden somewhere along Çıralı's beachfront. "I said 'Teşekkürler' and the woman started chatting to me in Turkish!"

My then-boyfriend gave me a puzzled look, knowing that this was the only word I knew, and laughed it off by suggesting I put my new-found language skills into practise and order us both lunch. I'm not sure he remembers this moment, but to me it was transformative. It was 2013, I was 22, and it was the first time I remember a stranger thinking I could belong with them.

Let me explain a little: I'm British. My Dad was born and raised in England, and so was my Mum. But one of them is white, and one is not.

We didn't travel abroad much when we were growing up, but we'd have wonderful staycations around the UK: the Lake District, Brecon Beacons, New Forest. And while I have wonderful memories of climbing trees and paddling through streams, I also have memories of the heightened awareness of not being white.

At the time, I didn't fully comprehend the looks we'd get, but I do remember feeling awkward in my seat at a pizza restaurant in Ambleside, aware enough to understand that the stares we were getting were there because we looked different.

Technically, I'm not just a 50:50 mix; I'm a wonderful patchwork of world cultures. My surname - McDonnell - is part Irish, part Scottish and, for the past few generations, my Dad's family have lived in southern England. My maternal Grandparents flew from sunny Jamaica to the UK's drizzly capital at the age of 19, and, numerous generations previously, they'd been put on boats from India and Nepal as indentured labourers.

This combination of genes has made me look racially ambiguous, and as a result, I've spent countless hours answering the question: "Where are you from?" Too often, the answer "I'm from Oxford'' isn't good enough.

I've been asked: "well yeah, but like, are you Spanish? Sri Lankan? Portuguese? Indian?" If I say I'm mixed-race, I get stared at patiently as my conversation partner waits for me to provide a more comprehensive rundown of my DNA. Discussing my skin made me uncomfortable, made me feel different, made me feel less.

Yes, perhaps the majority of people who ask me this are simply curious, interested to know more about me. Yet what they are actually doing is asking: "why do you look other, why don't you fit in with the idea that to be British you must be white?" I'm not believed when I say who I am, and that hurts.

During a trip to Bristol with friends at the age of 18, in the entrance hall of a city museum, we were stopped by a friendly-looking woman who asked to help with a questionnaire about why we'd decided to visit the museum. One by one we were asked where we'd travelled from and what we wanted to see in the museum. When it was my turn, I answered in the same fashion my friends: "I'm from Oxford and want to see the dinosaurs." But rather than jotting my words down, she cocked her head and asked, "but where are you really from?" "Oxford." "No, but really?" "Oxford." "Yes, but where do you come from?"

Little interactions like this are why my moment in Turkey was so powerful. It was an interaction of inclusion and not of othering, there was a face-value belief that if I spoke Turkish, I could be Turkish.

The heady mix of belonging, of sunshine and of exploration nurtured my travel bug. I tanned on the beaches of Sardinia, blending in with the olive-skinned locals. In Rio, I got asked for directions by a Brasilian girl.

It was in Malaysia that I really fell in love with my beautiful patchwork skin. Finally, I didn't stand out; not because everyone looked like me, but because Malaysia is a wonderful melting pot of cultures, running the gamut from Malay and Chinese to Indian and European. Here, it was ok to be English and non-white. Saying I was from Oxford led to questions about the university and whether or not I liked the rain.

Kuala Lumpur's Jalan Alor Night Market was something I'd never experienced before. My senses were overwhelmed: the smell of Indian spice mingling with spicy Chinese barbecue made my mouth water; the sounds of numerous languages chorused in the air; around me, people from all walks of life made up the very fabric of the market. Every single person was essential. Every single person mattered to the culture of this country.

Penang had a similar impact on me. The state has long served as a vital link between Asia's great kingdoms as well as an important outlet to the markets of Europe and the Middle East. George Town, the island's capital, has been touched by many of these different cultures. I was enthralled as I ventured from Hindu temple cafés, past Buddist statues to Chinese manor houses and British-style botanical gardens.

The life energy of the country pulsed through me and I felt at one with the place. I cried when it was time for me to leave.

On the flight home, I was pensive. I reflected on how, much like Malaysia, I am a blend of cultures too. If I found a powerful, moving beauty in a place so characterised by this kaleidoscope of backgrounds, why couldn't I find it in myself?

Growing up in a society where models, movie stars and women of influence are all white, meant that I had struggled to find my place in the world. In response, I'd made myself small. I had stopped wearing white clothes because I believed it made my skin - my otherness - stand out more. Now, travelling at 38,000ft, I promised I would never ever do this to myself again.

Diversity is a blessing and belonging to a range of cultures is a strength. While I now realise that this is a superpower, a lot of people still haven't had that realisation. Travel is a powerful tool we can all use to help us realise the power of inclusion over othering. Exploring the world - in person, through novels, via documentaries - can help to break down barriers and make us realise that, at the end of the day, we're all human. No matter the colour of your skin, we are all vital in creating a beautiful global tapestry.

Emily McDonnell is a travel writer and founder of The Staycation Collection, a travel club to encourage exploration within Germany, the place she has lived since 2017. She's a strong advocate for empowering others through experience and believes travel is important to build empathy and understanding.