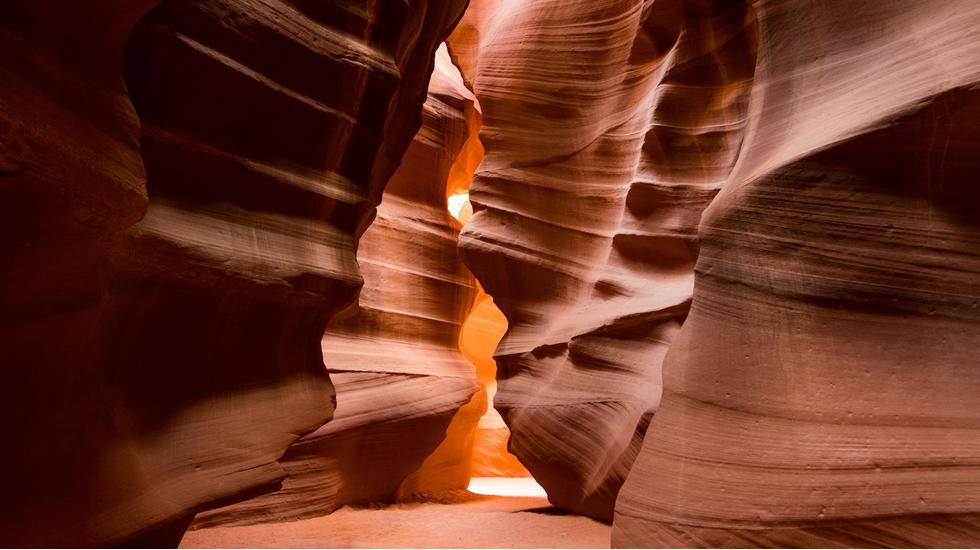 From From far-flung corners to little pockets of paradise, we're bringing you the world's most exotic and unusual locations. Wander from home at your leisure.

With streaks of sunlight burning through its crevices, the wave-like labyrinth of the Antelope Canyon takes on an almost hypnotic quality. Like a sculpture, the jagged sandstone formation is treasured for its coral hues and sweeping ripples.

Arizona isn't exactly short of canyons - in fact it's home to more than 30. Yet it's the sheer drama of the Antelope slot that makes it stand out. Such smooth, twisting corridors were formed by flash flooding that has swept beneath the desert surface for millennia, eroding the Navajo sandstone.

The slot is made up of two different areas: Upper and Lower Antelope Canyon. Hankering for an off-grid adventure? The Lower Canyon is a maze of twists and turns that forces visitors to squeeze through the most confined passages. By contrast, Upper Canyon is relatively flat and wide; you won't be needing to pull out too many bendy yoga moves to navigate its corridors, but you may encounter more visitors here.

It's a little far out, but Under Canvas Grand Canyon's Stargazer tent is worth the bumpy drive.

Protect your peepers as you emerge from the subterranean marvel with these eco-friendly, 60s-style FreshforPandas brow-liner sunglasses - just be wary of them getting scratched with sand. While you'll be shaded in the canyon, it still gets hot and dry during Arizona's warmer months. Carry a Halo reusable water bottle to stay hydrated.

To capture all its magic, visit between March and October. You'll want to book a morning tour (anytime between 10am-1pm) to clap your eyes on those beams of light as they illuminate undulating walls.

Located on Navajo land just east of Page, it's not too tricky to reach (it takes between four and five hours to drive from Las Vegas or Phoenix), but you'll need to be booked onto a tour in order to gain access.