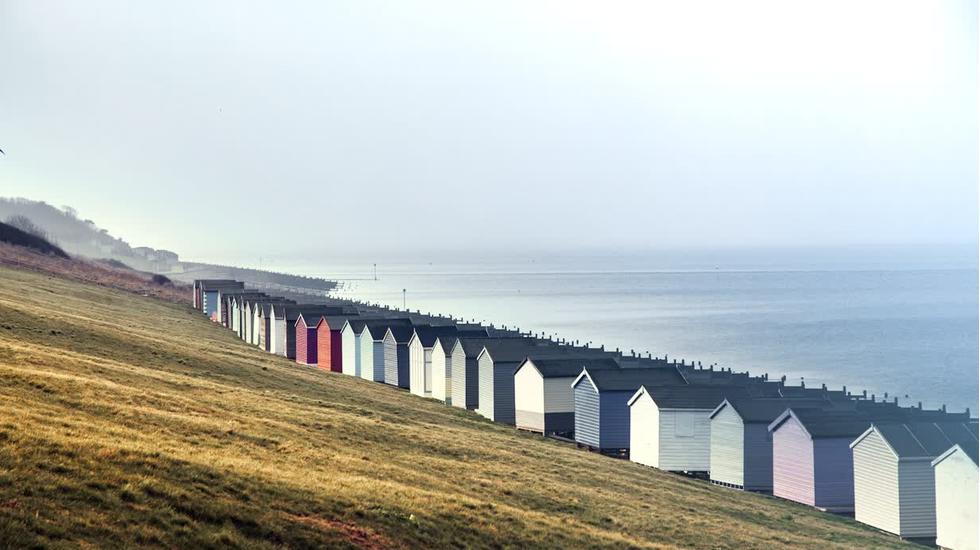 The The Kentish Riviera is splattered with seaside towns that have ridden the waves of boom and bust. In recent years destinations such as Margate, Deal and Folkestone have undergone a new ripple of revival as city types have washed up on their shores.

What we love about Whitstable is that, between its third-wave cafés, indie shops peddling sustainable crafts, industrial-luxe accommodation and smattering of Banksy-style street art, it retains that same charming coastal character that first drew holidaymakers here in the mid-18th century.

Indeed, people have been chugging oysters in Whitstable since Roman times - and that doesn't look likely to change soon. This is a town that knows how to eat well. Beyond the pretty pink Wheeler's Oyster Bar, you'll find some of Kent's best restaurants, including the Michelin-starred Sportsman and chippies that have been local favourites since the 50s.

Yet when you've finished gorging on Kent's bounty, walks along the Tankerton Slopes or the wilder West Beach at golden hour are the perfect salve for city stresses - and it's this that makes Whitsable the perfect spot for a long-weekend break. It's a mere 90-minute drive from London (just 20 from nearby Canterbury) or an hour and 20 by train.

We've stomped across the shingle, knocked back pints in The Neppy and bedded down in Whitstable's most quaint coastal cottages to find the best places for you to soak up this seaside town. As locals say: keep clam and eat oysters.

This converted 19th-century warehouse wouldn’t look out of place in a glossy interior-design magazine. Across two storeys you’ll find bevelled mirrors propped against whitewashed brickwork, retro arcade games, reclaimed gymnasium floorboards and mid-century furniture illuminated by strung-up Edison bulbs. There are plenty of modern comforts too, with an open-plan kitchen-reception (vintage crockery, of course) and two spacious double bedrooms, plus two extra beds if needed. The raw-wood dining table seats 10, so make the short walk from here to Whitstable Fish Market to reel in the catch of the day for supper.

Perched on the seafront, this small but characterful cottage embodies everything we love about coastal living, minus the kitsch. Sleeping up to six people, it’s all soft linens, salvaged materials, curtained reading nooks, open fires and soul-stirring views across the shingle. Better yet, the owners’ hut on the wild West Beach is available for hire too. With this as your base, days spent swimming and paddleboarding are best ended with toasted marshmallows around the firepit. Note that there’s no direct road access to the cottage, but any hassle unloading the car is remedied by sweet seclusion.

The Front Rooms is a name that’s been whispered among Londoners who regularly wash up on the Kentish Riviera. An ode to all things whitewashed, this Victorian townhouse turned three-bedroom B&B is run by a former art-gallery owner and interiors stylist – and it shows. Flecked with photography, sculpture and contemporary art, it’s a tranquil base for city dwellers in need of a wind-down between brooding beach walks and chugging oysters. Breakfast is served to your room each morning.

The family-run Hotel Continental is one of the grand dames of Whitstable’s seafront, but it’s its self-catering sister properties that have really piqued our interest. Choose from one of 12 150-year-old converted Fisherman’s Huts that line the boardwalk (and sleep as many as four adults and two children) or, our favourite, The Boathouse. Set between Harbour Street and the beach, it’s split into three properties that can be booked individually or together by groups. Find us stewing in the freestanding bathtub looking out across the estuary.

Stay away from the fray in this New England-style clapboard house set on a cliff in Herne Bay, an hour’s walk (or 15-minute drive) east. This is among Kent’s most romantic and lesser-trodden stretches of coast, framed by deserted beaches and a 90-acre nature reserve. An earthy-blue set-up complements expansive sea vistas (the octagonal living room and viewing tower are the best spots for wave-watching), while there’s also a smart modern kitchen, arts-and-crafts room and, outside, a cliffside garden and heated pool. Sleeps eight.