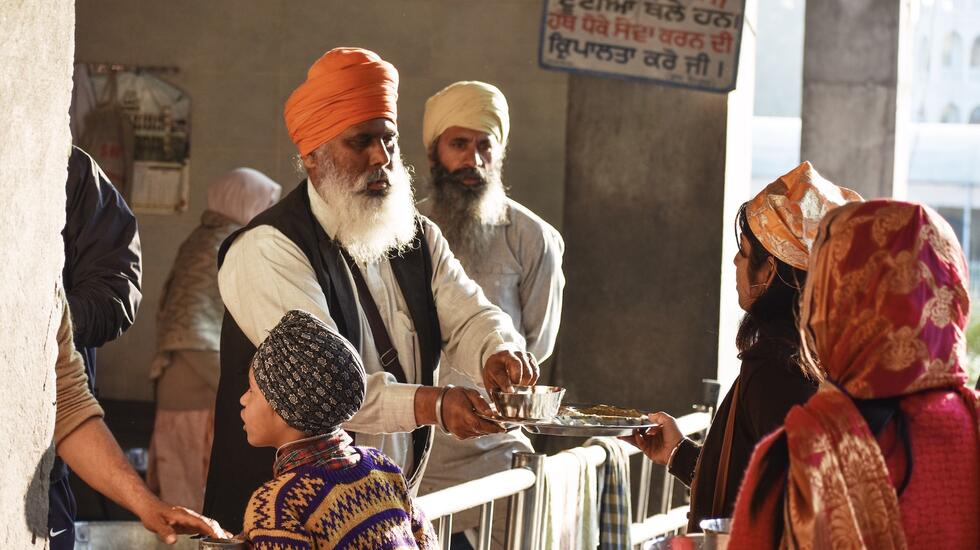 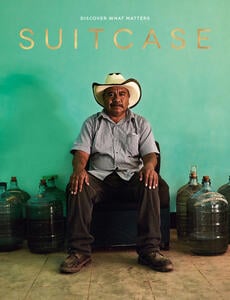 Punjab Punjab is a region that's deeply rooted within me. At a very young age, my father moved from Punjab to West Bengal to work in a steel plant; my mum followed, making the same journey shortly after their marriage.

During my childhood, our holidays were spent taking the train back to their home region, where we would visit both sides of the family. With money tight, my parents saved every penny they could to make sure we were able to travel. I remember long, hot, memory-filled summers spent with my cousins and friends, connecting as if we had never been apart.

Every time we visited, my grandmother made a point of taking us to the nearby city of Amritsar. Sometimes we were happy to go, sometimes we tried to change her mind. It wasn't that we didn't enjoy it - we just resented having to change buses to get there.

Amritsar is Punjab's second-largest city, and it's steeped in history and heartache. The partition of India in 1947 divided Punjab into West and East and also saw the formation of Pakistan, dividing millions of people across the country along religious lines and displacing them across geographical ones.

With the partition came borders. The two large gates of the Wagah border, connecting India and Pakistan, are just 32km from Amritsar. Today, people travel from far and wide to visit this crossing where, since 1959, both India's Border Security Force and Pakistan's Rangers carry out an elaborate dance-like military drill each day, signifying both rivalry and brotherhood between the two countries. It's a sight to behold, with both troop groups dressed in full military attire. In the evenings, they perform the Beating Retreat ceremony, during which the gates are opened, the flags on both sides are lowered and folded, and the soldiers from both countries shake hands, before re-closing the gates.

That's not where we headed to, though, on our trips to the city. My grandmother took us to the Golden Temple, an incredible Sikh gurdwara that is built lower than ground level to symbolise humility. This incredible building has four different entrances, all on different sides, to symbolise the Sikh belief that people from all walks of life are welcome in the temple. It's somewhere to seek spiritual comfort, no matter your beliefs. It's a sacred place and my grandmother liked to take us there to pay our respects. For me, though, the food was more enticing.

After offering prayers, you were (and still are) able to try the temple's kara prasad, a type of halwa made with wholewheat flour, ghee and sugar. If offered, you cannot say no: some Sikhs may take refusal as an insult.

Every Sikh gurdwara offers free langars, too. These are hot meals for all those passing through their doors. At the Golden Temple, the langar hits majestic levels. The Amritsar temple has one of the largest free kitchens in the world, serving up to 100,000 people each day. It's been doing this since 1577.

The volunteers in the kitchen serve between 50,000 and 100,000 meals over the course of a day, normally consisting of rotis, rice, daal, a sabzi (vegetable dish) and kheer. It may be a simple meal, but it's an incredible experience.

Heartache is never far in Amritsar, though. Just a five-minute walk from the Golden Temple is Jallianwala Bagh, a memorial garden, museum and gallery that honours those killed in a massacre at the site in April 1919. A crowd of 20,000 had gathered in peaceful protest against Mahatma Gandhi being refused entry to Punjab, unaware that earlier that day, Brigadier General Dyer had banned all processions and congregations of more than four people. In response to the gathering, Dyer had all exits blocked and ordered his troops to shoot at the crowd. The event became a decisive step towards the end of British rule in India.

Our family missions tended to be in the streets around the museum, home to street-food stalls and hole-in-the-wall joints. Many are still there today. There's Rang Punjab, tucked into the heritage centre complex, just across the street from the museum. Last time I visited, I had a breakfast thali of kulcha flatbread, chickpeas in a spicy gravy topped with onions and tamarind chutney, aloo sabzi (dry spiced potatoes) gur ka halwa (a rich, sweet confectionery), lassi and chai.

A 10-minute walk west (or quick rickshaw trip away), you'll find Kesar Da Dhaba, in an old part of Amritsar near the telephone exchange. Founded way back in 1916 in Sheikhupura, Pakistan, this vegetarian restaurant reopened in the city after partition. Its signature dish is the slow-cooked maa ki dal (whole black gram lentils) - perfect for scooping up with flaky, wholewheat lachha paratha.

For something sweet, head north to A One Kulfa in Crystal Chowk, INA Colony, to enjoy a layer of phirni rice pudding topped with scoops of falooda (a rose-scented vermicelli-based dessert) and kulfi (the Indian equivalent of ice cream), plus a dash of rose water and rabri (spiced, thickened cream). Be warned: eat one of these and you won't need anything else for hours.

Amritsar is most famed for its kulcha. These soft, round leavened breads are stuffed with either spicy potatoes or paneer, before being baked in the tandoor until crispy, then drenched with ghee and served with chole (chickpeas), onions and tamarind chutney. It's one of my dad's favourite meals - something he'd always seek out on our trips to Amritsar. You can enjoy kulcha for breakfast or lunch; for some of the city's best, try Kulcha Land at the District Shopping Centre on Ranjit Avenue.

To me, Amritsar is a food city, even if that's not why my grandmother took us there. When you've had your fill of street eats, don't forget about Amritsari fish tikkas. Chunks of fish are coated in gram flour and spices and fried, creating a perfect balance of spice and heat. As a child, my favourite place to eat this was at the Makhan Fish and Chicken Corner. Open since 1962, it's still going strong, offering an authentic version of the city's favourite tikka.

I visited Amritsar again recently, this time with my dad, tasting kulcha and chole, and visiting the kitchen at the Golden Temple. It reminded me of when I was just a young girl, holding his hand and acting like a big girl, holding a chuni (shawl) over my head. This time, though, it was he who held my hand, with me making sure he was constantly by my side. It gave me a great deal of happiness.