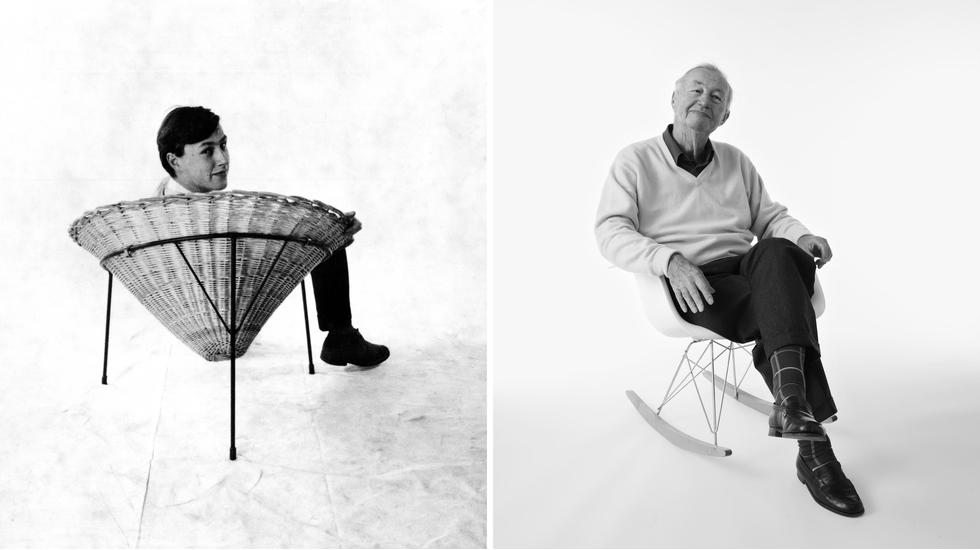 Conran: Conran: a name as ubiquitous as it is influential. Identifiable as dapper, amiable and hard-working, Terence Conran is renowned in Britain as the man who democratised good design. In London- his home - it seems there is no borough (or business) that he has not successfully dominated - or at least dabbled in.

Backtrack to a newly graduated textile design student, Conran set up a furniture design, ceramics and fabric workshop in the East End with his friend, Scottish sculptor and artist Eduardo Paolozzi at the beginning of the 1950s. By 1953, he had opened his first restaurant, The Soup Kitchen, just off the Strand, with a menu offering French bread, coffee and soup served in mismatched mugs. A year later he launched The Orrery, a Parisian-style brasserie in Chelsea. Then, in 1964 Habitat opened shop on the Fulham Road and the rest is history. Catering to a young and happening clientele, the shop was modern, colourful and affordable, selling everything from woks to duvets. Mary Quant designed the staff uniforms and Vidal Sassoon did their hair. Going from strength to strength, fast forward to 1989 and Conran launched the Design Museum (then in Shad Thames, now in Kensington) with Stephen Bayley. Safe to say, his career had reached stratospheric levels.

It's plausible that nearly every inch of the London map has been infiltrated by Conran and his designs - be it by way of a futon delivery or museum outing. So who better than the irrefutable ringmaster, restaurateur and retailer to show us the ins and outs of his home town?

You started out in a workshop in East End with Eduardo Paolozzi making furniture in the late 1940s. What's the best thing about the area, both then and now?

Then? The only thing to commend it was the exceptionally cheap rents and the access to raw materials! London was a desolate and grim place in the years after the war so materials and equipment were scarce and we scrounged old bits of metal from building sites and textiles from stalls on Petticoat Lane. The East End today is unrecognisable from those early days. The whole world is alive and thriving there; it is probably the most exciting part of our city, oozing creativity.

Where in London are the best places to go furniture shopping?

I know I'm biased, but I really think The Conran Shop is the best place for contemporary furniture in London. I'd also doff my cap to Russell Pinch - an excellent furniture designer who has set up a store called Pinch in Belgravia.

For fabric shopping we should head to…

London has such a rich history of textiles and fabrics. There are some excellent places in Soho, such as the Cloth House on Berwick Street and Macculoch & Wallis on Poland Street. If you're serious about fabrics then Goldhawk Road and its eclectic selection of about 20 stores is a must-visit destination.

Where should we go to shop for one-off objects?

Alfie's Antique Market. It's a veritable treasure trove and a great place to pick up a design classic. I could lose myself in there for hours on end. I love the mix of people too - seasoned antique hunters bustle side by side with curious tourists unlikely to buy anything in a million years.

What's your favourite museum in London?

The Soane Museum provides such a personal experience that not many other museum's offer. The V&A still takes my breath away whenever I visit, it is an incredibly inspiring place to walk around. It's over 70 years since my first trip there.

Where are the best places in the city to see contemporary art?

The big hitters - Tate Modern, Saatchi Gallery and the Royal Academy- will never disappoint. I also very much like the Serpentine Gallery, while the Institute of Contemporary Arts and the Hayward Gallery have been putting on some spectacular exhibitions recently.

I don't think there is a finer spot for a spring or summer meal in London than the The River Café where I have happily wiled away many an hour in their garden eating the simple, unpretentious food they serve. The key to its success is the mantra of Ruth Rogers and the much missed Rose Grey - "sourcing, sourcing sourcing". What would I eat? Who knows, because the menu changes twice a day every day according to what is best in the market that morning but I know it will be delicious and that the star of the dish will be the inherent quality of the ingredients. There will also be a glass or two of Italian white from their excellent and extensive list.

For an important dinner book a table at…

Quo Vadis is one of the classic Soho restaurants and remains an absolute delight to visit and a pleasure to eat in. It won't let you down.

For a business lunch head to...

Sweetings in the city is perfect for an excellent lunch to discuss business.

Three of the best pubs in London are…

The Atlas near Earls Court, the Queen's Head & Artichoke near Regents Park and my favourite, The Cow in Westbourne Park.

What about some great local cafés to try out?

Some of your favourite buildings in London are…

Michelin House is my favourite building in London. I also love Leadenhall Market, Butlers Wharf, the Barbican and Foster's Gherkin.

Oh, that is so difficult to pick... Yesterday I may have said Southwark for its beautiful architecture that you are unlikely to see anywhere else in the world and the restaurants by the river. The day before I may have said Chelsea for its shops, restaurants and gardens but tomorrow I might say Shoreditch for its artistic creativity and energy, with new things happening all the time.

Tell us a secret spot in London

The Chelsea Physic Garden is a very seductive place for an early evening stroll. It is intimate and inspiring and encloses you like a secret world which is rare in a city like London and a special place. Secrets are hard earned in London but it is such a wonderful place, you see something new and surprising every day.

Where should we go to buy a present?

For books my number one destination is John Sandoe's store, it is a stone's throw from Sloane Square and since the late 1950s is has been one of London's foremost and best-loved independent bookshops. The shops in the Design Museum and V&A are also great, while I have bought some excellent work from the graduate show at The Royal College of Art.

One misconception about Londoners is…

We may be derived from the outside as unfriendly, impatient, arrogant and greedy but there is an energy, creativity and love of life that exists within the people of London that makes our city one of the most special in the world.

What are you working on at the moment, and what's next?

I've got lots of design projects on the go that are keeping me busy and cheerful. I've done a range of furniture for The Conran Shop in Japan - it has just shipped today, in fact. I am working on a wallpaper collection due to be released in the autumn and we've designed a bar for Remy Martin in Michelin House. My favourite project so far this year was creating the RED Suite in the Andaz Hotel- that really got my creative juices flowing.

We've teamed up with evian® to encourage you to discover more of Europe this summer. In collaboration with illustrator Tiffany Cooper, evian® has designed 13 unique bottles in homage to some of our favourite destinations, including Barcelona, Rome and Stockholm and Ibiza. Collect the bespoke bottles - and tick off these must-see locations as you go.

We're also giving three readers the chance to win a suitcase full of goodies worth over £1000. To be in with a chance of winning, play our interactive game and match iconic landmarks to their destinations.