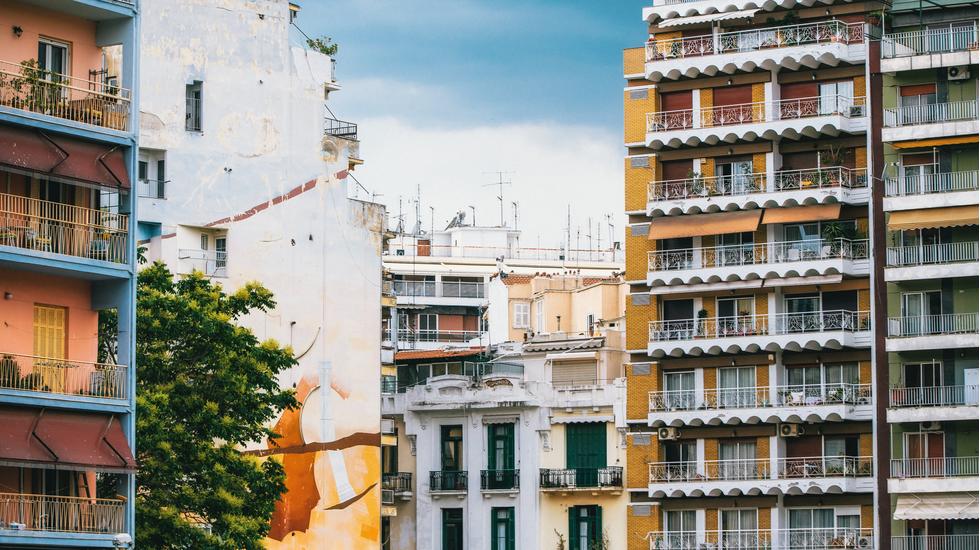 With With a view of ethereal Mount Olympus from across the Thermaikos Gulf, Thessaloniki has historically drawn travellers in search of the picturesque. Arriving by sea, 19th-century visitors were enthralled by an Ottoman city whose ancient ruins and elegant minarets were at once seductive and sublime - opium for Western imaginations desperate for a glimpse of "the East". Visitors to Thessaloniki today, arriving with hopefully broader horizons, can still encounter the elements of the city that so enchanted earlier travellers, while discovering an urban landscape enlivened by contemporary culture and creativity, yet characterised by a pace of life affectionately summed up in the word "halara" - relaxed, laidback.

Part of the Hellenistic, Roman, Byzantine and Ottoman empires, Thessaloniki has been shaped by its history as an important trading port and home to diverse communities. This is nowhere more evident than in its foodie scene: Thessaloniki is Greece's second city, but it is the country's culinary capital, the meeting-place of Greek, Jewish, French, Balkan and Turkish flavours.

A stroll through the central Modiano Market - built by prominent Italian-Jewish architect Eli Modiano - sets the scene: piles of vibrant fruits and vegetables, pungent herbs and spices, sweet honey and fragrant "mountain tea" from the foothills of Mount Olympus all hint at the bounty offered up by the surrounding countryside. Inspired by this natural wealth, innovative chefs riff off of traditional favourite recipes to arrive at fresh creations.

Chef Labros Lalaridis of Maitr kai Margarita (Master and Margarita), an unassuming restaurant set in a formerly industrial neighbourhood, delights with twists on Greek classics. Traditional striftadia pasta is served with sweet mandarin from the island of Chios, shrimp and crayfish tails, while the popular Cretan dakos salad here features sweet roasted cherry tomatoes and a base of carob rusk and walnuts. At Nea Folia, northern Greek fare takes on a gourmet twist: think lemon-y pork with an additional touch of anise and ginger, and soutzoukakia meatballs prepared with buffalo. Thessaloniki's fame as a hub of culinary creativity extends to its pastry repertoire; the invention of Thessaloniki's long-standing brunch favourite, Estrella, the "bougatsan" pastry hybrid combines a classic croissant with the custard-cream of a traditional Greek bougatsa.

As in its cuisine, the ancient sits alongside contemporary creativity in the city's architecture and public space. When walking the streets of Thessaloniki - founded around 315 BCE by King Cassander of Macedon - it's near impossible not to stumble upon riches from Roman, Byzantine and Ottoman times.

A stroll along the promenade - stretching more than five kilometres - takes in the White Tower. Built in the 15th century, during the Ottoman era, this waterfront tower was once known as the "Tower of Blood", by virtue of its use as a holding place for prisoners facing execution. Since its whitewashing following Thessaloniki's liberation, the tower gained its new name and became the emblem of the city. Just past the tower, and an imposing statue of Alexander the Great, stands George Zongolopoulos's Umbrellas installation - undoubtedly one of the most Instagrammed spots in Thessaloniki. The artist's stainless-steel umbrellas - seeming to float delicately in the air - crown the Nea Paralia (New Waterfront) and its 13 themed gardens, which stretch southward along the water to the imposing Megaro Mousikis concert hall. Prodromos Nikiforidis, one of Nea Paralia's chief architects, envisioned these gardens as a new expression of Greek public space: designed to be at once functional and enchanting, collective and intimate.

Back in the city centre, the intricate carvings of the triumphal Arch of Galerius, and the cylindrical Rotonda (which has served as a temple, church and mosque since its construction in 306 CE), stand at the head of one of this university city's prime student hangouts. The pedestrianised Dimitriou Gounari Street and attached Navarinou Square are abuzz as night falls, with abundant fast-food options providing the perfect pairing to an al fresco, post-study beer beside the ruins of a Roman palatial complex. Further west, enjoy a Greek coffee at kafeneio (traditional coffee shop) Loux or the stylish Blues Bar overlooking the Roman Forum (Ancient Agora), the social and administrative centre of ancient Thessaloniki.

When the famed Vardaris wind blows in from the high mountains to the north, it brings with it chilly conditions and a spirit of renewal and ingenuity. This wind has been a familiar character in the life of the city since the Byzantine era, and has served as romantic inspiration for countless artists and poets.

Thessaloniki's nightlife too takes cues from both this artistic energy and the city's architectural heritage. Set in one of the few neoclassical buildings still standing from before the Great Thessaloniki Fire of 1917, Ypsilon is a multipurpose space hosting art exhibitions, musical performances and groups of friends simply meeting for cocktails or a bite. Nestled inside a stoa (arcade) off busy Egnatia Street, Bord de l'eau brings together a bar space with a number of independent creative initiatives, including the handmade jewellery of BDL Design Factory and design studio Monoscopic, while the Aigli Geni Hamam has been converted from a bathhouse to one of the city's most happening party venues, offering the chance to combine a night out with a glimpse of the Ottoman era.

In its status as a cultural hub and haven for creatives, Thessaloniki is sometimes likened to San Francisco or London's Shoreditch. These comparisons, though warranted, only tell part of the story. Attempting to understand the city's unique essence requires journeying back, over the course of the turbulent, cosmopolitan history which has provided fertile ground for the dynamic yet laidback metropolis we know today.

Discover More
Falmouth, Cornwall: Why the Art Crowd are Flocking There this Summer
Read now