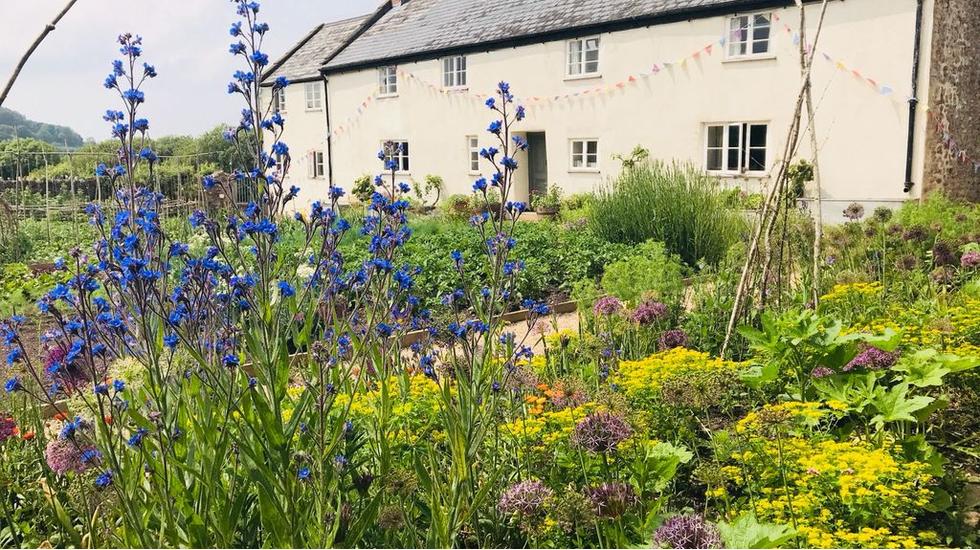 Lyme is, first and foremost, a seaside town – and a sunny, south-facing one to boot – so it would be remiss to not spend an afternoon on its shores. Town Beach can get a little busy in the summer months. Instead, take a dip at Church Beach, where rock pools appear at low tide, or stroll the ammonite-studded pavement that runs along the shingled Monmouth Beach (rent this beach hut to gaze out at the tide like a local). Of course, the 13th-century Cobb is the main attraction here. The vistas from the outermost tip of this curvaceous sea defence are fantastic on a clear day, but if the mists roll in, make like Meryl Streep in the 1981 film adaptation of Fowles’ French Lieutenant’s Woman. Want to venture farther? Follow the South West Coast Path 11km west, through The Undercliff nature reserve, to Seaton.

Novelist John Fowles wrote The French Lieutenant’s woman in this blushing-pink, 18th-century seaside mansion in the 60s. Following an eight-year restoration after the author’s death in 2005, this Grade II-listed Regency property today relies on public open days, creative-writing retreats and being booked out for self-catering stays (sleeps eight) to fund its upkeep. A must-see for lovers of literature, architecture and interior design.

You’ll have to drive 10 minutes to reach Hugh Fearnley-Whittingstall’s River Cottage HQ (and, from the entrance, jump on the back of a tractor to reach the main farmhouse), but it makes for a great epicurean excursion. Set on the Devon-Dorset border, it hosts a multitude of wholesome (dare we say #cottagecore) courses including those on beekeeping, mushroom foraging, willow-basket weaving and classic cookery with chef Gill Meller. Like this? Book a table at River Cottage Kitchen in nearby Axminster.

Set on the 150km Unesco-protected Jurassic Coast, Lyme is the fossil-hunting capital of the UK. Make like the town’s poster-girl palaeontologist Mary Anning and follow East Cliff Beach that runs towards Charmouth – the cliffs here are prone to crumble, so keep your wits about you, but the reward is that this stretch of shore is scattered with backbones of ichthyosaurs and fossilised shells. Hunts tend to be most lucrative in winter when people are few and rough weather causes more erosion. Want to know more? Drop into nearby Lyme Regis Museum (it runs guided fossil walks) or line up your trip with the Lyme Regis Fossil Festival.

Nestled in the Lyme’s creative quarter, just off Coombe Street, this medieval working watermill has provided locals with stone-ground flour since the 1300s. Today, it’s as creaky and atmospheric as you might expect. Yet more surprisingly, it’s also home to a tearoom, microbrewery, silversmith, cheese shop and artists’ studios. A great spot for whiling away a few hours.