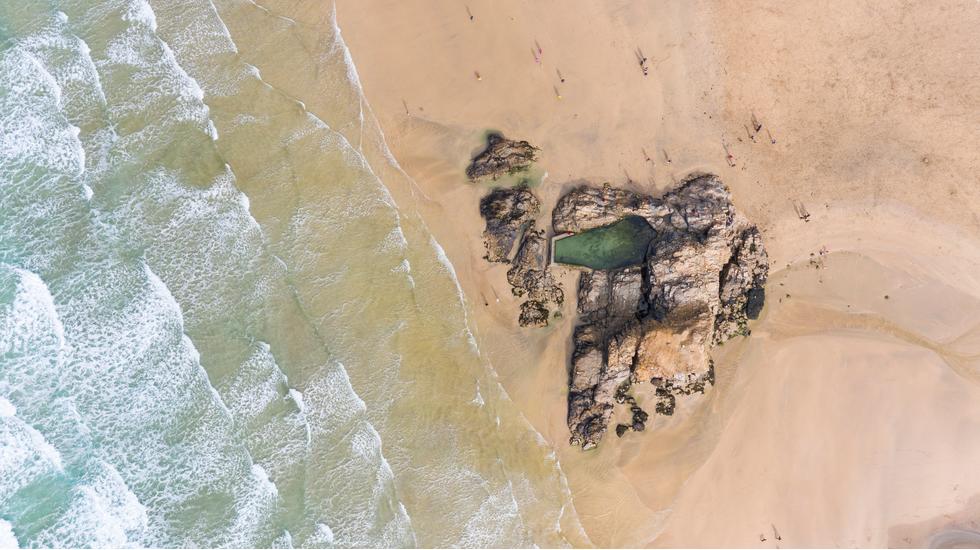 Affectionately known as “Polly Joke” by locals, this lesser-known spot is cupped between Holywell and Crantock, just outside Newquay. Kick off a hike at Holywell Bay, following the coastal path along the Gannel Estuary all the way to Newquay, a route often compared to Sydney’s Bondi to Coogee clifftop trek. Before you set off, take a visit to Mr Fruity’s farm shop in nearby Goonhavern Garden Centre to stock up on picnic supplies. Porth Joke is at its most photogenic in early June when poppies are in full bloom.

Recalibrated mind and body between the surf with Limehouse Yoga’s classes. The studio started life in a little-used games room and, multiple failed planning permits and a lobbying campaign later, moved to a custom-built sustainable space where wraparound mirrors reflect the Cornish skies. Limehouse is a vital wellness pillar for the community and conveniently located between Perranporth and Newquay. Drop by to try one of its classes, take a soul-resetting outdoor shower or soak in the hot tub overlooking the sea. Like this? Keep an eye on their calendar for immersive week-long retreats.

Stumbling upon this natural tide pool just a few metres up from the deckchair-wielding crowds can feel like discovering an oasis. Flying under the radar of most visitors, this seawater swimming pool on the far side of Chapel Rock is marked by the flag of St Piran, the patron saint of Cornwall. Visit in the afternoon when the sun has warmed the water to Mediterranean-esque temperatures. Ideal for a dip.