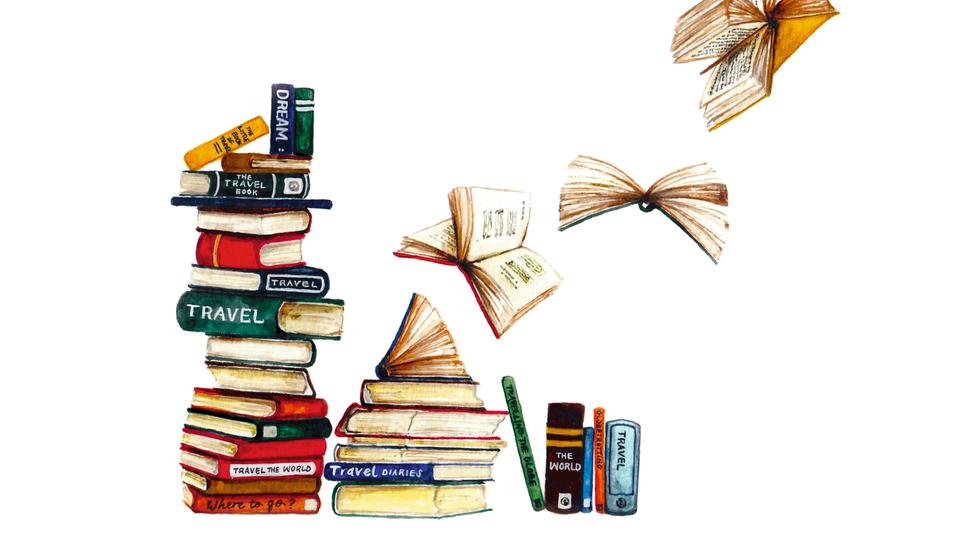 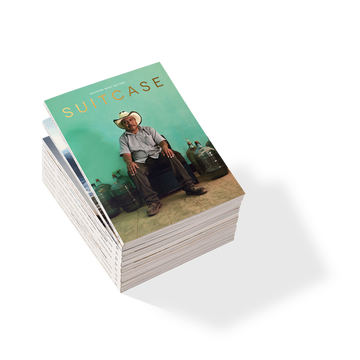 Spanning Spanning factual guides to fantastical fiction, the genre of travel literature is complex. Holy scriptures feature grand journeys that cross space and time - think the Epic of Gilgamesh or Muhammad's pilgrimage to Mecca. Writings by Marco Polo breach the real and imagined worlds, and in 1794 Xavier de Maistre wrote about a voyage around his bedroom.

The birth of the travelogue - a fact-based, written account of a journey - is commonly pinned to around 440 BC when Herodotus chronicled his encounters in Egypt and Anatolia in The Histories. Yet the roots of travel stories run far deeper, drawing on prehistoric oral traditions. When the Chinese Song dynasty recorded topographical and geographical information in Youji Wenxue - meaning "travel record literature" - or Pausanias described the Greek Empire in the second century AD, they unknowingly mimicked the patterns of landmarks chanted in song lines by indigenous Australians centuries before.

Gazing across history, the traveller's account is a tale of constant evolution, reflecting and projecting the shifting world in which a journey is made. After the formation of classic imperial states, factual accounts held strong appeal for rulers desiring knowledge of their realms. In European literature from the 1700s, the colonial preoccupation with "discovery" and "the other" is writ large in works by Captain James Cook and Lord Byron. A century later, as railroads and steamships shrank the world, the focus of travel narratives turned inward and accounts by the likes of Mark Twain and Isabella Bird overlapped reportage and memoir.

In our Google-mapped world, will the modern travel writer lose their purpose? Far from it. While 24-hour feeds may fixate foreign correspondents and social media moguls, travel writers have the luxury to digress. Often the most wonderful thing about today's tomes are that they are about so much more than travel. They are about geography and gastronomy, history and humour, embracing divergent cultures and recognising our commonalities. Where once-esteemed travel writers claimed iron-clad objectivity, in the 20th and 21st centuries the best accounts are those that embrace the subjective, limited "I", regaling us with the personal alongside the palpable. These are some of the travel writers who do exactly that.

At once political and personal, this coming-of-age diary captures Che Guevara's journey from poor Argentinian medical student to one of Marxism's most important revolutionary figures. Witnessing social injustice awakens his passion to fight and die for the poor, and fuels his dream of uniting Latin America, with a good dose of booze-fuelled, lusty antics en route.

Full Tilt: Ireland to India with a Bicycle

Ride with Dervla Murphy and her bicycle, Roz, across frozen Europe, through Persia and Afghanistan, and over the Himalayas to Pakistan and India. Witty yet erudite and dauntless - she uses a gun to frighten off thieves and "unprintable tactics" to escape from an attempted rape in a police station - Full Tilt is Murphy's call to arms for everyone to travel for travel's sake.

Inspired by a relic of "brontosaurus", Bruce Chatwin fulfils a childhood dream on a six-month journey across Patagonia. Even 40 years after publication, the book remains a rare glimpse into South America's lesser-known territories and its people, while its subversive structure - a reflection of nomadic life - has cast a long literary shadow.

In April 1992, having abandoned most of his possessions, Christopher McCandless hitchhiked from Virginia to Alaska in search of a new life. His decomposed body was found four months later by a moose hunter. Much more than a retracing of steps, Jon Krakauer's narrative uncovers the harsh beauty of the wild and questions what drives us to risk more than we can lose.

Blue Highways: A Journey into America

Armed with little more than the need to put home behind him, William Least Heat-Moon and his van, Ghost Dancing, criss-cross the forgotten roads and small towns of the USA on a three-month, 13,000- mile journey. Along the way eccentric encounters - including those with an evangelist hitchhiker, a maple-syrup farmer and a rural Nevada prostitute - paint a revelatory portrait of modern America.

The Art of Travel

We are overwhelmed with advice on where to travel. In this book Alain de Botton asks why, in reality, journeys seldom match our fantasies. Contemplating the contents of hotel minibars and our lethargy at the sight of ancient ruins, this is a philosophical exploration of the motivations, expectations and complications behind our voyages around the world.

Istanbul: Memories and the City

Written when Orhan Pamuk's life was crumbling, this portrait of the Byzantine city also serves as a self-portrait, refracted by the memories and melancholy of living amid the ruins of the Ottoman Empire. Moving from Pamuk's childhood home to the Bosphorus via the artists that shaped his perception of the city, the book is a symphony of past and present, place and sensibility.

Searching for Zion: The Quest for Home in the African Diaspora

Ten years in the making, this is the story of one biracial woman's quest to find "home". Part memoir, part cultural history, Emily Raboteau's struggle to reconcile her identity is at once heartfelt and frustrating. Travelling from Israel across Africa to the American South, she overturns our ideas of place and patriotism, displacement and citizenship, and asks us and herself: "Where is the Promised Land?"

Drawing on the works of Romantic poets, philosophers and industrial-era revolutionaries, Rebecca Solnit's volume provides a history of walking as a cultural and political experience over 200 years. Examining pilgrimages and marches, walkathons and urban strolls, she explores the subversive and metaphysical effects of this simple act and demands its preservation in our busy and accelerated world.

The writer Virginia Woolf drowned in the Ouse in 1941. One midsummer week more than 60 years later, Olivia Laing traces the river from source to sea. Ebbing from nature writing to history, flowing through memoir and biography, this thought- provoking book explores the many ways that this stretch of water has permeated human life.

Read More
Discover More
To Eat is to Travel: Around the World in 26 Cookbooks
Read now