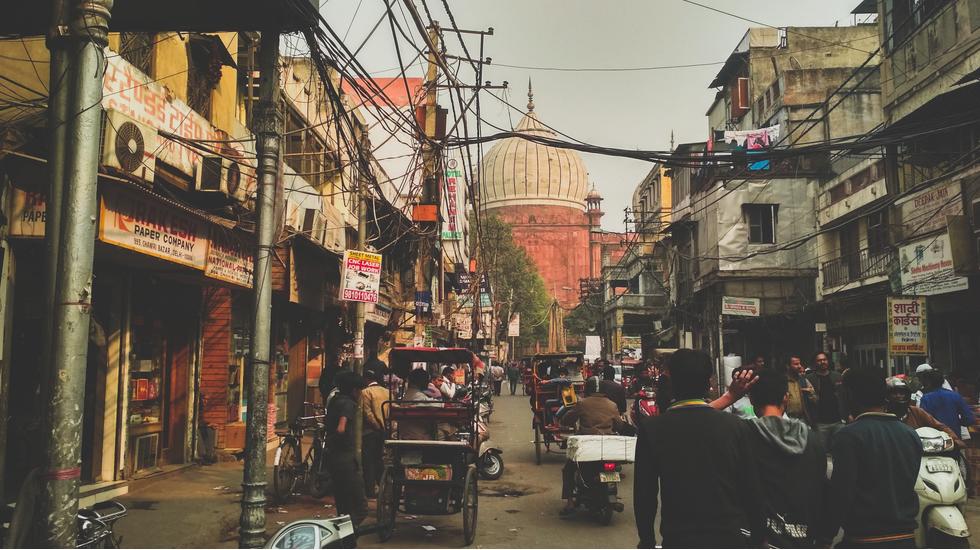 Over Over the years, India's capital has become recognisable as a changeover point for travellers venturing further afield - to the nation's most famous attractions. Instead of a destination in its own right, Delhi became the reality check for those expecting to arrive to colourful, bejewelled palaces and neat rows of Ambassador cars. But times are changing. While there are no second chances for first impressions, history proves that Delhi is no stranger when it comes to revolution - and in recent years, it's really come into its own.

The city has been slowly reinventing itself as an epicentre for commerce - now at India's cutting edge for fashion, technology, food and art - and offers history, culture and architecture aplenty, while fusing old and new. Home to 19 million people in total, Old Delhi (referred to as 'Purani Dilli') sits alongside New Delhi - created as the primary base for the British Raj - meaning visitors effectively get two cities for the price of one, both with strong, distinctive personalities to discover. There's no doubt that the first impression may be one of organised chaos, but look a little more closely and you'll find a generous amount of environmentally-protected greenery, and pockets of tranquillity scattered throughout.

This iconic property recently reopened to mixed reviews after a $100 million facelift, which resulted in fully tech-smart rooms – everything is accessible via iPad, even the door – and opulent public areas, but it continues to impress traditionalists and progressives alike with the gold-standard service it made its name on. Don’t leave without checking out the rooftop bar, Cirrus9; with views of India Gate, Rashtrapati Bhawan and Humayun’s Tomb, it’s already one of the coolest places to party in the city.

The Roseate is proof that all airport hotels were not created equal. You’ll find one of Delhi’s only boutique hotels amongst eight acres of lush gardens, showcasing clever design which functions as a sound breaker from nearby noise. Which is just as well, as it’s minutes from Aerocity. Built sustainably on a former farm – not a single tree was felled for its creation – it embraces a natural approach with home-grown ingredients used in the restaurants, bars and brilliant spa. One for architecture lovers.

This beautifully decorated, French-owned guesthouse is a safe bet if you want to escape the chaos. Located in a leafy, quiet suburb in South Delhi (quite far from the centre, but only a short drive to buzzy Haus Khaz) it has only four rooms; two standard and two suites. The vibe is welcoming and the owner, Pauline, is on hand for any questions or a cup of tea; a solid starter kit for the city.

If staying in a heritage palace is on your list and authenticity is key, this is the place for you. The restoration of this 150-year old haveli (traditional house) was a labour of love and it was subsequently awarded UNESCO protection. If you’re keen to get out of the main fray of the new city and away from five-star polish, this boutique bolthole is a great option; a romantic oasis in the sensory overload of Old Delhi. Arrive during the day because this place is not accessible by car.

There’s an X factor about Taj Hotels which seems to sing to people; they even have a name for it: “Tajness.” The group’s peachy-pink, main address in Delhi – there are two properties – is right in the middle of the action for those who want to blow the budget: upscale Khan Market is within stumbling distance. But you’d be forgiven for not wanting to leave – it’s home to one of the most lavish restaurants in the city, Varq, which has made waves with chef Rajesh Singh’s daring modern Indian cuisine.

ITC Hotels do well for giving their guests a snapshot of modern, regional India, without compromising on luxury or sustainability. Their outpost in Delhi, the ITC Maurya named after the ancient Indian dynasty – is no different: it offers authentic local food and fashion tours for guests and is one of the greenest hotels in the city. Often the zenith of many a foodie pilgrimage itself, with two of the most famous Indian restaurants under its roof: Bukhara and Dum Pukht; it also does well for service, detail and location.