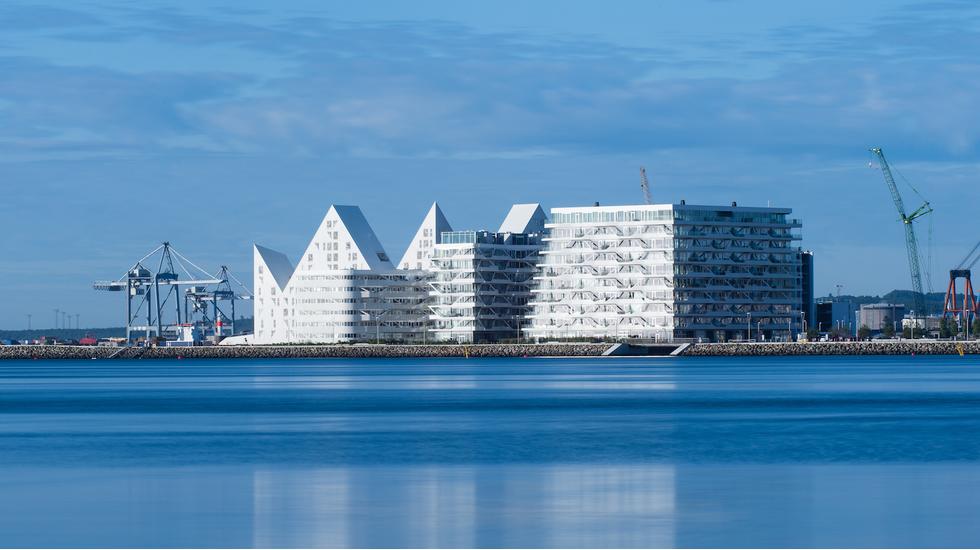 While While the Danish capital is a destination for design, art and experimental cuisine, it's not all about Copenhagen. Aarhus, Denmark's laid-back, ultra-cyclable second city, has all that too. Its many charms include public sculpture on the streets, cutting-edge architecture - such as the harbour "iceberg" apartment building, which appears to jut up from the water in shards - and a conceptual art museum designed to reflect various parts of Dante's Divine Comedy.

From the urban fabric down to what's on your plate, you will always find something to excite in Aarhus. The dining scene boasts three Michelin stars; endless street-food stalls fill the town centre while hip cafés line the cobbled Latin Quarter - and it's largely sustained by produce from the surrounding Jutland countryside. It's also a student city, so expect a youthful vibe and plenty of bars, with accommodation in the form of beautifully designed boutique hotels.

If you need any more persuading, Aarhus is also the European Capital of Culture for 2017, so expect plenty of events throughout the year including architecture talks, live music, outdoor theatre, cultural bike tours, cooking sessions and culinary festivals.

This boutique hotel is in one of central Aarhus’s historic buildings and channels monochrome, Nordic design with raw-wood floors, squishy white beds and custom-made furniture by sustainable Danish brand Montana. Book in to one of the six specialist design rooms, decorated with pieces by different European creative houses, including a Bauhaus-style Tecta room, a room packed with artfully created pieces by Swedish brand Källemo, and one focusing on Dutch Label craftsmanship. From £105 per night.

Everything down to the wallpaper and carpets of this hotel is by HAY, a design house whose contemporary-cool pieces are inspired by the relationship and disconnect between classic Danish architecture and modern fashion scenes. The result inside is a collection of modern and 1950/60s-style pieces, against colour blocking, stripes and clean graphic prints. The hotel is in Aarhus’s tallest building, so the rooms at the top have great views of the surrounding forest, harbour and beach. From £112 per night.

This boutique townhouse hotel is located in a Latin Quarter street formerly known for its jewellers and goldsmiths. The focus is all-organic from food to bathroom products, while the decor is French-Balinese colonial in design (they also have a hotel in Bali, as well as several others in Scandinavia, though this is the original). The leafy garden, with its candles and sheepskin throws, is ideal for evening drinks. From £80 per night.