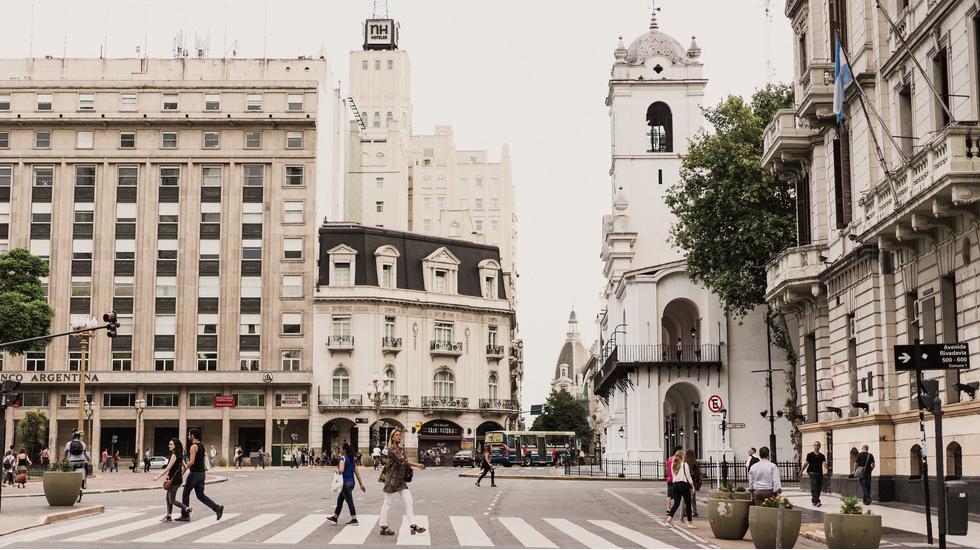 It's It's shed its reputation as a place of political unrest, and now Buenos Aires welcomes visitors with warmth and an open pride for its complex history. Often dubbed "The Paris of South America", the city appeals to those with a love for unwavering eclecticism. An artistic flare gleams in barrios such as Palermo and Colegiales, while a European influence is still palpable in areas where immigrants first settled including San Telmo and La Boca. Diverse neighbourhoods lined with rosewood and ombú trees are punctuated by lush green spaces - the city is defined by its many parks designed by French landscaper Charles Thays. Between them, you'll find plenty of museums to explore, cultural events to enjoy and great food to savour. This is a city unafraid to show its true colours.

Situated in the artsy district of Palermo Soho, is the leaf-laden Be Jardin Escondido by Coppola. The “Godfather” director, Francis Ford Coppola, lived in this establishment during the filming of his movie Tetro and was decidedly charmed by the hotel’s blush-stained facade. With just seven bedrooms, this compact and stylish bolthole is ideal for city breaks.

An air of masculinity surrounds Legado Mitico. Rooms, steeped in various shades of mahogany and beige, are dedicated to Argentinian legends of the past including writer Jorge Luis Borges and Ernesto “Che” Guevara. The charming Palermo boutique hotel is a great choice for those looking to relax while on holiday. Take time out and explore the hotel’s generous library, before cosying down with your chosen book in a luxurious armchair.

If you’re travelling with a friend and want to be fully immersed in the young, creative side Buenos Aires then stay at Clubhouse. Predominantly a members club, it has three guestrooms, so visitors become wholly integrated into The Clubhouse family. Expect to meet renowned local designers and editors, and the manager will be able to put you on the list for any party that you wish to attend.

A straightforward boutique establishment, you get what you pay for at Hotel Fierro.The hotel has a little heated pool on the roof and is conveniently located in the creative Palermo district, which is full of buzzy restaurants, shops and bars.

This 20-room, ivy-covered retreat is an oasis of calm in the middle of Palermo. Filled with comfortable Scandinavian and French-inspired delights, the eclectic boutique brings together the concept of a home and a hotel. The pool, complete with its own bar, is a nice place to sit and relax with a cocktail after a long day of sightseeing.

A city classic, the Alvear Palace Hotel is revered in Buenos Aires for its luxurious and old-world charm. Surroundings are decidedly opulent, with a fantastic pool rooftop pool and excellent spa. The pool bar, located on the 11th floor, is a must for hotel guests wishing to take in the cityscape. Book for afternoon tea whether or not you stay the night.

You’ll be hard pressed to find a more romantic spot than this. Perched on the riverfront, the hotel’s ruby-red interiors ooze Argentinian allure. Head straight to the candlelit marble hammam where a detoxifying couple’s bath awaits you, sign up for tango lessons taught by local experts, and sip on multiple bottles of malbec from the wine cellar – which holds the largest collection of wines in Argentina.